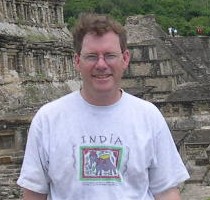 Department of Crop and Soil Sciences

We are interested in understanding the nature of genetic variation within maize (field corn),Zea mays:

Current plant breeding programs generate a disproportional amount of data in relationship to their ability to analyze and implement strategies for selection. For this reason and the lack of expertise in the area, plant breeding programs need to bridge the computational and programming acuity of computer scientists to harness the power of the data collected. Furthermore, pairing objective data collection methods in a high-throughput phenotyping approach provides consistency and efficiency, drastically improving the response to selection. This proposal aims to streamline the selection of cultivated peanut breeding lines for early (Mycosphaerella arachidicola) and late (Nothopassalora personata) leaf spot resistance through genomic data development and genome-wide associations for validation and early generation, marker-assisted selection; the development of a high-throughput phenotyping platform for leaf spot differentiation and quantification; and the use of the generated phenotypic information in parallel with genomic prediction models in genetically stable family nurseries to improve on leaf spot resistance and other agronomically important traits to the crop.

Quantitative disease resistance (QDR) is the most important form of resistance used in maize and by crops in general. Prior work by our research team and many others has shown that QDR is based on a large variety of genes and mechanisms, most of which are still poorly understood (if at all). We have identified and characterized a number of QTL and genes associated with resistance to multiple maize diseases. We have also developed and characterized two large maize populations that are ideal for the genetic dissection of quantitative traits, QDR in particular. This proposal is aimed at exploiting these these resources and data to extend our knowledge of QDR, focusing on (a) underlying mechanisms of QDR and (b) QDR associations with and effects on other traits. we will focus on four fungal diseases that are among the most important diseases of maize in the US and worldwide; the foliar blights, southern leaf blight (SLB) and northern leaf blight (NLB) and the ear rots Fusarium ear rot (FER) and Gibberella ear rot (GER). Both ear rots additionally produce mycotoxins that harm livestock and human health and cause seedling blights that lead to significant crop losses.

The objectives of this project are to better understand the environmental factors, including weather, soil characteristics, and management practices, that contribute to ear rots and aflatoxin and fumonisin contamination in maize. This work aims to lay the groundwork for development of models to predict mycotoxin contamination based on environmental factors, more accurate prediction models incorporating environmental information for genomic selection and advancement of resistant genotypes.

verticilliodes, threaten North Carolina corn production. Grain elevators can reject corn with more than 15 ppm (parts per million) of the mycotoxin fumonisin. Fumonisin is known to be toxic to swine and horses. The recommended allowable limit is 5 ppm for horses and 20 ppm fumonisin for swine. Fumonisin also has been shown to be a promoter of cancer in rats, and epidemiological evidence has shown a correlation between incomplete neural tube closure of infants and the consumption of fumonisin contaminated corn by their mothers. Concentrations of fumonisin in corn ears sampled from a field in Carteret County in 1998 ranged from 8 to 270 ppm. Experimental plots in Beaufort County in 2000 contained corn that exceeded 100 ppm fumonisin. The most desirable control strategy for Fusarium ear rot and fumonisin contamination is the use of resistant corn genotypes. Results from projects previously funded by the Corn Growers of NC showed that genotypes differ in their resistance, but that none has sufficient resistance to control the disease, and that heritability of resistance is high enough for breeding to be effective. A previously funded proposal screened demonstrated the potential use of genomic selection for the improvement of ear rot and fumonisin resistance in corn. In this current proposal, we propose to build on previous results by developing a protocol to obtain high throughput genotyping data in a rapid and relatively inexpensive way. Once this protocol is established, we can implement genomic selection two seasons per year instead of one season every two years, as we currently do with phenotypic selection. Although one cycle of genomic selection is not better than one cycle of selection based on field evaluations, four cycles of genomic selection are expected to be better than the one cycle of phenotypic selection that can be conducted in the same time frame. Also, if we can develop a sufficiently inexpensive genotyping protocol, we can reduce costs, allowing more lines to be evaluated using genomic selection.

Genetic architecture is the constellation of gene effects and interactions that underlie variation in a quantitative trait, and can be thought of as the map between phenotype and genotype. Understanding variation in genetic architecture is key to understanding evolution, manipulating species for sustainable agriculture, and preserving variation as species adapt. Our previous NSF-funded project has been very effective the last several years at understanding the basic genetic architecture of traits, determining key genes, and identifying common variants. While these common variants play a key role in maize?s adaptation to numerous large-scale environments, there is also a nearly infinite number of rare alleles that may play a key role in yield, genetic load, heterosis, and local adaptation. An understanding and ability to predict the combined effects of thousands of rare alleles is one of the central goals in genetics, as it will facilitate making the genotype to phenotype map. This proposed research will establish the importance of rare alleles for fitness related traits across a diverse range of Zea germplasm. While the project will look at the full range of genetic variation, there will be special emphasis in testing hypotheses regarding rare alleles, as these are the most resource intensive class to genetically map. Extensive genomic profiling of nearly 100,000 diverse genotypes will be combined with a range of field trials to determine the phenotypic effects of individual polymorphisms. Using predictions generated from comparative genomics, molecular biology, and population genetics, we will test hypotheses relating different classes of polymorphism to phenotypic variation. Statistical and computational models will be developed that incorporate the combined effect of rare alleles, and these models will be empirically tested in hybrid maize trials. The range of life histories of maize and its wild relatives combined with the ability to phenotype at a massive scale will make these studies relevant to understanding the relationship between genotype and phenotype.