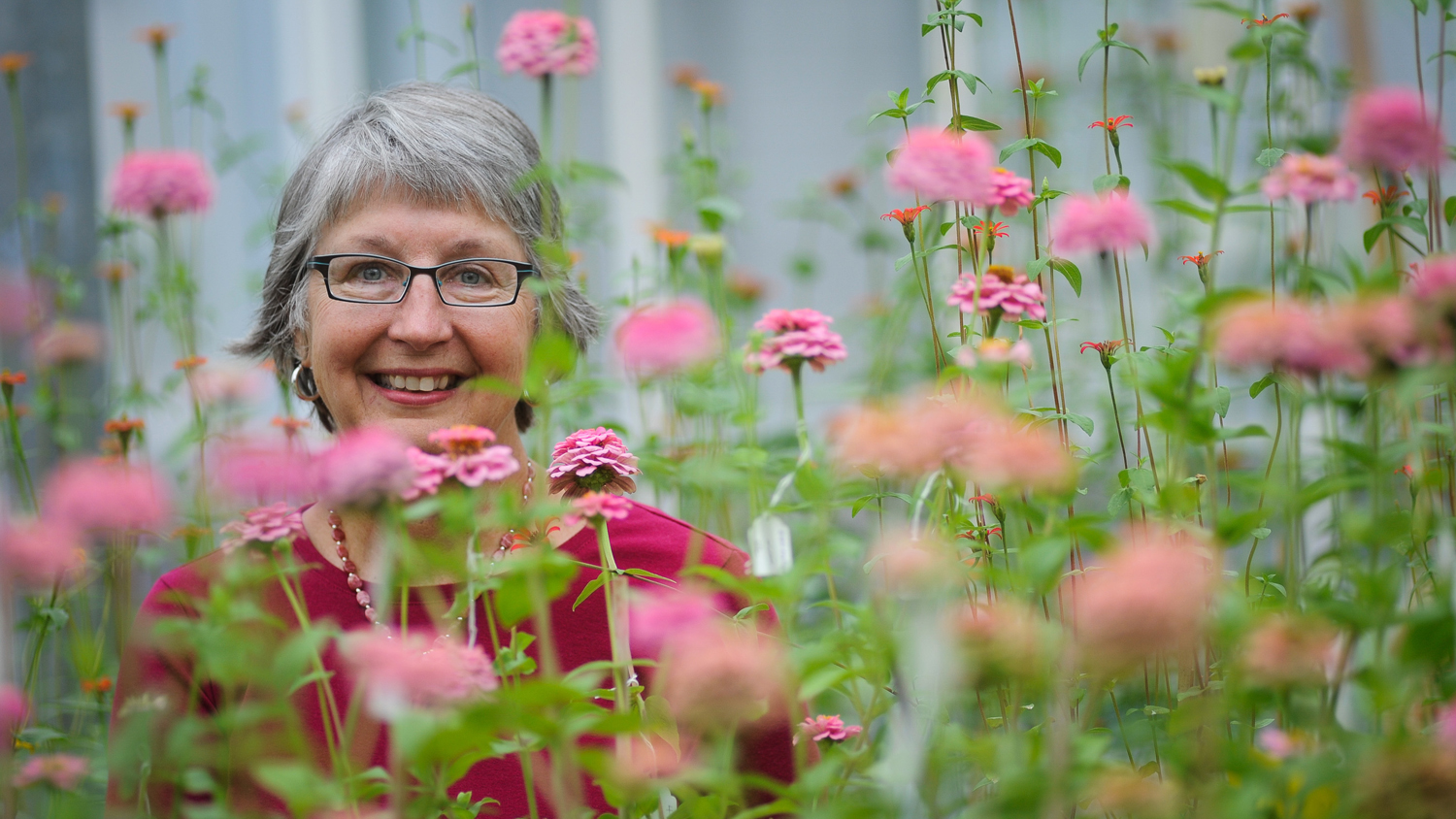 Dr. Julia Kornegay is a Professor Emerita in the Department of Horticultural Science. From 2011-2018 she served as Director of the Graduate Programs and as the Head of the Department from 2003-2010.

Prior to coming to NC State, Dr. Kornegay served as Director of Fairchild Tropical Botanical Garden (1999-2003) and as Director of Research (1997-1999). Fairchild is one of the world’s premier tropical botanical gardens with international horticulture, research, conservation, and educational programs in tropical fruit crops, endangered species conservation, palm biology, and plant systematics. She also served as an Adjunct Professor at Florida International University and the University of Miami. During her tenure, the Garden added two new outdoor exhibits: the Richard H. Simons Rainforest and the Jewels of the Caribbean habitats, and initiated the new William F. Whitman Tropical Fruit Pavilion. The Garden also developed the Fairchild Challenge educational program and a graduate studies program with Florida International University.

From 1985 to 1997, Dr. Kornegay worked at the International Center for Tropical Agriculture (CIAT) in Cali, Colombia as Leader of the Bean Program (1993-1997) and senior plant breeder. She was responsible for an international team of scientists based in six countries in Latin America and Africa, working to increase sustainable bean production and incomes for farmers and their communities. She organized five regional research networks in Latin America and Africa and obtained $10 million from international donor agencies to support their activities. She also spearheaded the Seeds of Hope program in 1994 to help Rwanda recover its crop germplasm after the end of the civil war. In 1996, she was recognized by the regional bean program PROFRIZA and the national agricultural research programs of Colombia, Ecuador, Peru, and Bolivia for her work in increasing bean production and research capacity in the Andean Region. Over 30 cultivars from her breeding program have been released as varieties in eight countries.

Dr. Kornegay recently chaired the National Research Council of the National Academies committee that wrote the 2010 report Towards Sustainable Agricultural Systems in the 21st Century. She is also a member of the Working Group for Feed the Future (FtF) Research which serves as an advisory group to the Association for Public Land-grant Universities (APLU) to advance the global FtF initiative.

Dr. Kornegay has published widely in international scientific journals, books, and conference proceedings, and she wrote a featured column in the Garden Views, the quarterly magazine of Fairchild Tropical Botanic Garden. She was interviewed on Martha Stewart Living Television and was the featured scientist on the TV program THE NEW EXPLORERS, Episode: Super Seeds. She also conducted numerous ratio and newspaper interviews, including Voice of America and National Public Radio – All Things Considered.

Dr. Kornegay served as Treasurer for the Society for Economic Botany and was a member of the Executive Committee and Board of the American Public Gardens Association. She has also served on numerous federal grant panels and national and international program reviews. She is married to Alfredo Escobar. Their Raleigh garden was featured on the National Garden Conservancy Open Days tour in 2009 and is a stop for many local and national gardening groups.