A Curious Mind for Bugs

Bugs. For some of us, the little crawlers are home intruders or pests, while others see them as small, but necessary animals with interesting habits. Jamora Hamilton, a College of Agriculture and Life Sciences alumna, is the latter. The spring 2021 graduate works as a development scientist with Bayer Environmental Science.

“Bugs are everywhere but we never really stop and think about them and why they matter so much,” says Hamilton. “It’s either kill them or ignore them.” But like any other species on this planet, bugs play a role in our ecosystem.

“You can’t just kill off an entire animal species and think everything’s going to be fine in nature. That’s not how that works,” says Hamilton.

The South Carolina native’s fascination with bugs started during her undergraduate studies at Clemson University, where she majored in chemistry and minored in entomology. She wanted to learn more about these interesting little creatures and was interested in NC State University’s Ph.D. program.

“When I was looking for different labs to go into I discovered a great professor at NC State, Coby Schal, who works with cockroaches and bedbugs. I wasn’t really excited to work with either of those, but I knew it’d be a great opportunity,” says Hamilton.

She packed her bags and moved to Raleigh, North Carolina.

“It’s a beautiful campus and a beautiful city,” Hamilton says. “Moving all the way from South Carolina isn’t that far but it feels far when you’re that young.”

Hamilton was part of NC State’s Initiative for Maximizing Student Diversity (IMSD) program, something she says helped with the transition into NC State and CALS. However, Hamilton recalls soon after joining the program, she thought about quitting. She was one of only two Black females in the program.

“I was the only African-American Black woman. The other woman was actually originally from Africa,” Hamilton shares. “It made it a little difficult to connect with my peers. Sometimes I would sit down in different seats just to see if somebody would sit next to me. Not that I wanted to make people feel uncomfortable, but I wanted to see if I sat in the front row, would more people talk to me because I was in the front?”

Hamilton wondered if it was because she was Black. She says the uncomfortable feeling gradually got better as she got to know more people and they got to know her, easing some of her initial feelings of uncertainty.

“You start to second guess yourself and get more reserved. I think that’s what happened a lot. I started to face a lot of microaggressions my first year,” Hamilton says. “I didn’t really want to talk to anybody at that point.”

Then she met Alex Graves, director of CALS’ office of diversity and inclusion. “I had to talk to her about it because I was just lost. She was so helpful in giving me advice and the confidence I needed to keep going.”

And Hamilton did, soon falling in love with a place that allowed her to study some of the most interesting and complex creatures. One of her favorite things about bugs are their behaviors.

“When you really watch them there’s just so much going on and it’s just so cool and interesting. That’s what really made me love them,” gushes Hamilton. During her doctoral studies, much of her work focused on German cockroaches. She recalls witnessing their mating ritual.

“The male approaches the female and the male turns around and raises its wings back. There’s a substance on the back of the male that the female will feed on and it gets her in the right position where they can connect and mate,” Hamilton explains. She says the pair will stay connected for about 30 minutes.

Hamilton says outdoor cockroaches, the ones we typically see, are actually scavengers. “They eat all of the stuff we don’t want out in nature, including dead plants and garbage. When an outdoor cockroach is in your house they usually don’t want to be there. It’s usually there by accident,” Hamilton says. “It’s not necessarily a bad thing and it doesn’t mean your home is dirty.”

But roaches and other bugs still have to be managed, which is where Hamilton comes in. She wants to improve and look for new pest management products. Hamilton never imagined taking a class about bugs would spark a lifelong interest.

“The class I tooked gave me a certain credit I needed to graduate and it ended up consuming my whole mind. My advice to incoming students, if something sounds crazy like bugs, just try it. You never really know what you like until you do,” Hamilton says. And don’t feel rushed to make a decision right away, either.

“No one says you have to graduate in four years. As long as you’re able to figure out what you want to do and what truly makes you happy, that’s worth all the time that it takes to achieve your goal.” 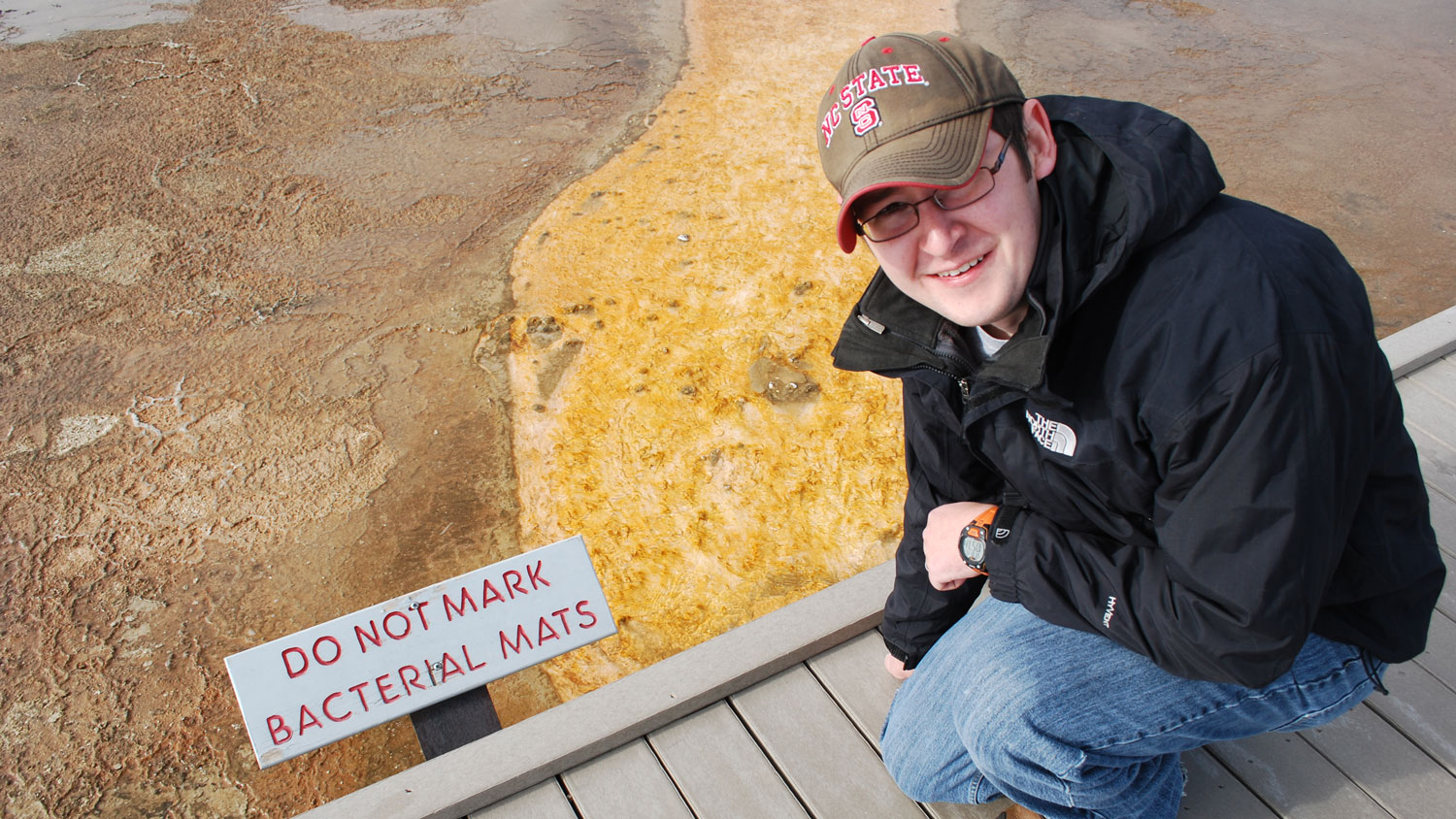 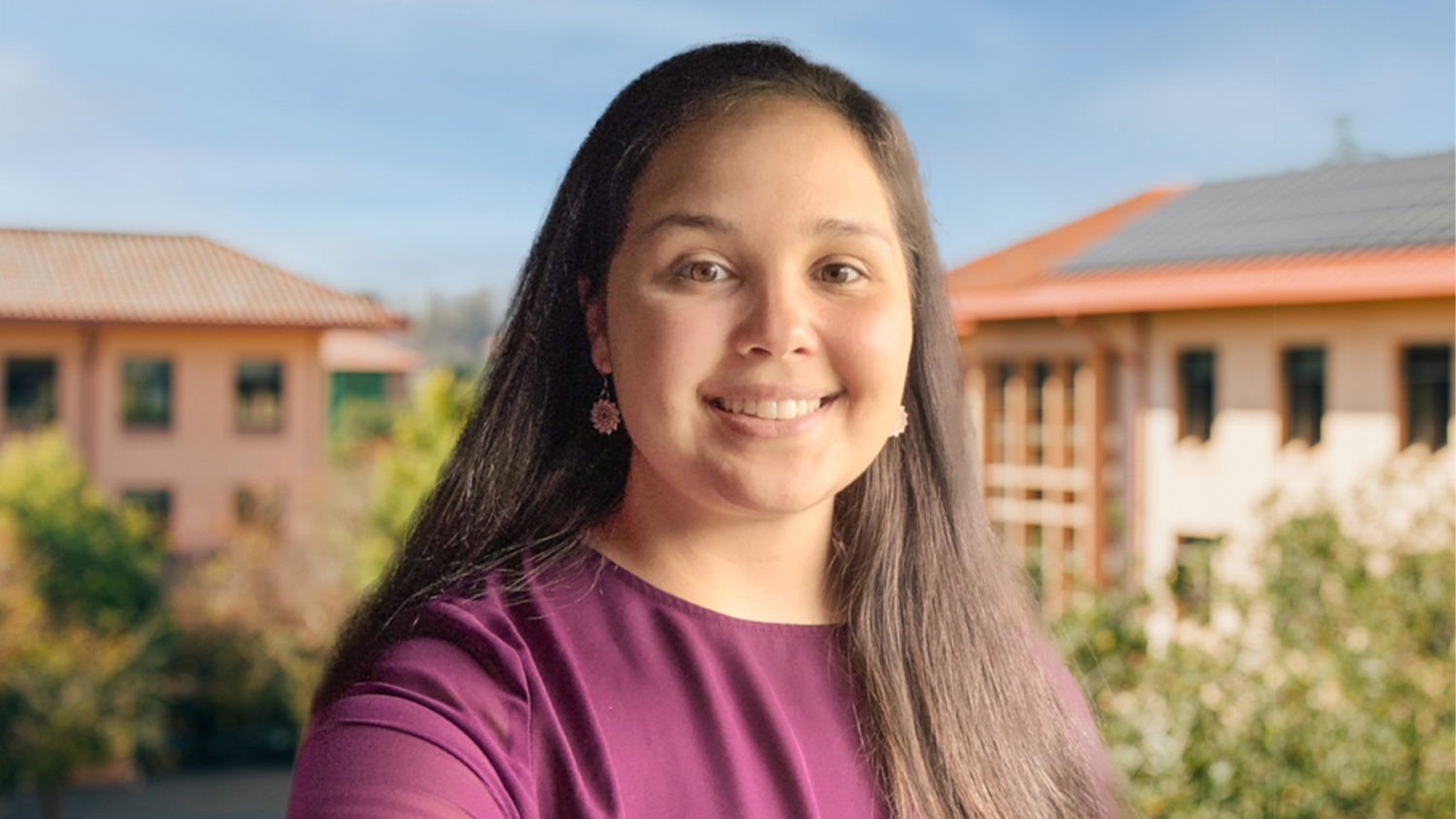