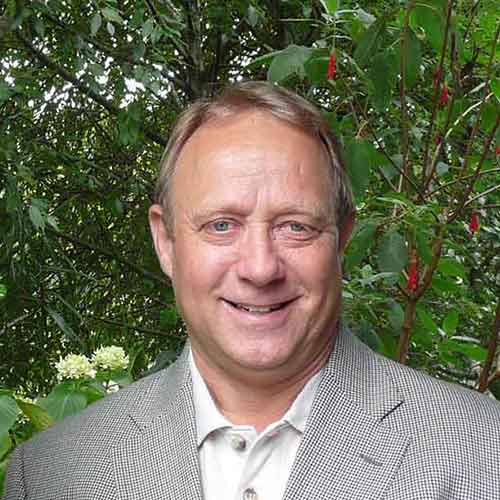 Dr. Ted Bilderback retired as an Emeritus Professor & Director of the JC Raulston Arboretum at North Carolina State University on July 1, 2014, after 37 years as a Horticultural Science faculty member.  His career included responsibilities for teaching, extension, and research and he served as Director of the JC Raulston Arboretum from January 2009 to July 2014. Ted worked with Dr. J.C. Raulston teaching the Nursery Production and Nursery Management courses from 1977 to 1987.  During that time Ted also taught Arboriculture: Tree and Grounds Maintenance.  In 2005 and 2007 Ted taught Environmental Nursery Production as one of the first Horticulture Distance Education courses with county agents attending lectures at off-campus extension centers. Ted’s research and extension programs focused on environmentally conscious cultural practices for growing nursery stock.  Irrigation, horticultural container substrates, and plant nutrition were an emphasis of his educational programs that included advising or co-advising 24 graduate students.

Ted received the American Association of Nurserymen’s Extension Award in 1993, the Southern Nurserymen’s Association Porter Henegar Memorial Award for Research in 1995, the Extension Education Award from the North Carolina Cooperative Extension Service in 1995 for his extension education program “Environmentally Compatible Nursery Production Practices” and in 1999, Ted received one of the six Environmental Awards from the Southern Nursery Association as one of the co-authors of the SNA Best Management Practices Manual.  Ted served as a member of the Board of Director, President and International Delegate for the Southern Region of the International Plant Propagators Society and in 2008, was elected as a Fellow of the Southern Region International Plant Propagators and in 2010 was Awarded the Sidney B. Meadows Award of Merit from the Southern Region IPPS.   Ted served many years as an Educational Advisor for the North Carolina Nursery and Landscape Association and in 2013 received an Honorary Lifetime Membership Award.  In 2014 Ted was recognized as a Distinguished Alumni by the Department of Horticulture, Forestry and Recreation Resources at Kansas State University.