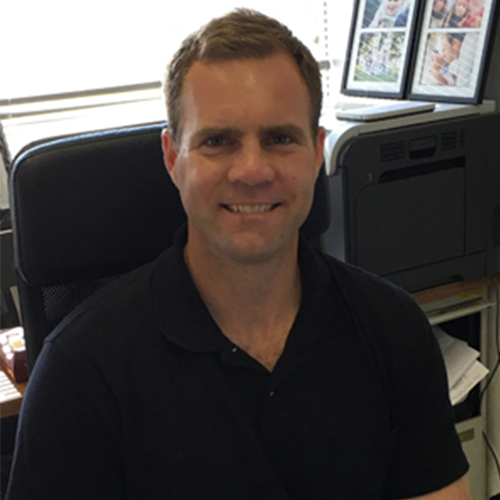 Dominic Reisig is a Professor and Extension Specialist at North Carolina State University with extension and research responsibilities for field crops in the state since 2009. He is based at the Vernon James Center in eastern North Carolina two hours from main campus, providing him with a direct opportunity to collaborate with growers, consultants, and those agricultural industry. He received his B.A. in Biology, with a Spanish minor (sí, el habla español), from Point Loma Nazarene University. He then received a M.S. in Integrated Pest Management and a Ph.D. in Entomology from the University of California, Davis. His Extension program has raised awareness of stink bugs as a major pest of corn and has collaborated in the refinement of economic thresholds and reduced sampling time for this pest. His program has also evaluated economic thresholds for tarnished plant bug in cotton and has collaborated in documenting early evidence of insecticide resistance. Additionally, his program has promoted alternative insecticides to mitigate resistance for this pest and has evaluated a systems approach beyond insecticides for management. Finally, his program led the promotion of egg-based thresholds for bollworm to counter Bt resistance in cotton. Virtually 100% of North Carolina cotton growers are using these thresholds, saving over $9 million a year. His program has ongoing efforts to develop new management techniques, as well as to try to manage this insect on a wider scale (termed area-wide management). Finally, his program is collaborating with social scientists to increase grower planting of non-Bt refuge corn.

We are focused on positive impacts and outcomes for our stakeholders, including agents, producers, crop consultants, and the agricultural industry. Our goal is to bring this in a relevant, timely, scientific, and understandable fashion to benefit NC field crop producers. We are currently focused on generating support and curricula for agent training and increasing non-Bt refuge compliance. Our broad research objectives include the improvement of integrated pest management practices and knowledge for insect pests of corn, small grains, soybean, and cotton. We wish to characterize important biological and ecological factors of arthropod pests in these crops. Our focal organisms are Helicoverpa zea and stink bugs, which have been influenced from the widespread adoption of Bt field crops across the state; similar insects are major worldwide issues. Our position in the eastern portion of the state is exclusive in the department and provides graduate students a unique learning experience.