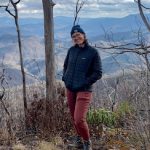 Jane is a Ph.D. student studying the influence of nitrogen deposition on urban street trees in Dr. Steve Frank’s lab. She earned her B.A. in Biology and Environmental Studies from Wesleyan University. Before returning to school, Jane administered projects for a small nonprofit, as well as the University of Wisconsin-Madison, and later served as a technician within Cornell University’s Horticulture program. In her spare time she enjoys running, hiking, and exploring her local urban ecosystem. 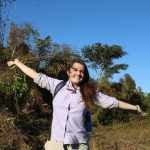 Michelle is a Ph.D. student exploring ant communities in temperate forest canopies with Dr. Clyde Sorenson and Dr. Elsa Youngsteadt. She began her undergraduate degree at the Leibniz University of Hannover in Germany and completed her B.S. in Zoology at NC State. Drawn to creatures of any size, Michelle is fascinated by the complex social lives of ants and their ecological impacts. When she’s not collecting ants, Michelle enjoys hanging out with her dog, true crime podcasts, riding horses, and a good book. 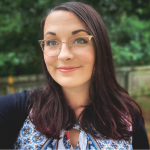 Marissa is an M.S. student in Aram Mikaelyan’s lab, where she studies the cooperative behavior and microbiome of termites as they relate to dietary recalcitrance. She also hopes to develop a method to raise termites as a sustainable livestock feed supplement. She studied at Wake Technical Community College and completed her B.S. in biology at Meredith College. She is very interested in science communication and outreach, and encourages others to appreciate arthropods and their role in the environment. In her free time, Marissa likes drawing, painting, spending time with her dog, and photographing insects. 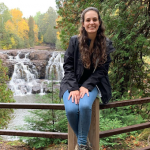 Caleb is a Ph.D. student who works in Dr. Steve Frank’s lab. Caleb’s research examines how local and landscape factors of the urban environment influence biological control of street tree pests. The goal of his work is to produce a better understanding of how street tree IPM goals can be met by supporting natural enemy communities. In his spare time Caleb enjoys gardening, weightlifting, and developing his skills as an amateur naturalist. 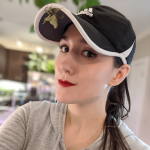 Michelle is an M.S. student studying the pollinator ecology and population genetics of rare plants in the lab of Dr. Clyde Sorenson. Her current research focuses on the effects of habitat fragmentation on federally endangered plants located on Fort Bragg military base. She is passionate about conservation. In her free time she enjoys collecting invertebrates and plants; she currently shares a one bedroom apartment with a couple hundred bugs and houseplants, and one cat. (Consequently she is a little obsessed with keeping things clean and well-organized to maximize aesthetic value and enjoyment.) 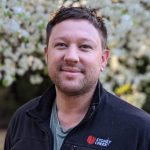 Sean is a Ph.D. student supervised by Jim Walgenbach and Sara Villani and is based in Mills River. His project is focused on the role of ambrosia beetles on apple tree decline. Originally from New Zealand, Sean got his Master’s in Entomology at Virginia Tech then returned to New Zealand for 6 years where he worked in Agrichem R&D and fathered two children (now 2.5 and 4.5 years old). The kids enjoy playing with insects but Sean dislikes insects sufficiently to commit over a decade of his life to improving ways to kill them. 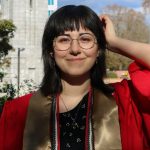 Sophia is an incoming Ph.D. student in Dr. Steve Frank’s lab studying the European pepper moth, which is an invasive pest in nurseries and greenhouses. She recently graduated from NCSU with a B.S. in Zoology. Her passion for entomology led her to seek out positions in the department, where she worked or volunteered during her entire undergraduate career. In her free time, she enjoys going on walks and making biology-inspired art, prints, and patches. 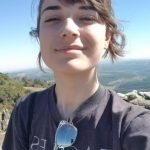 Ezra is an incoming Ph.D. student in the Mikaelyan lab studying trophic specialization and phylosymbiosis in Calliphoridae, a medically and forensically important family of flies. She recently graduated from NCSU with a B.A. in Biology and a minor in Entomology, as well as a love for insects. Originally from South Africa, Ezra plans to continue returning to explore the parks as a guide. Her many hobbies include creating art, animal tracking and identification, hanging out with her black cat, and drinking all kinds of tea. 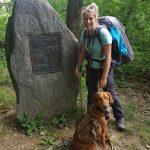 Tabatha is a Master’s Student supervised by Anders Huseth studying the impacts of foliar applications on beneficial insects and non-target organisms in cotton. She is originally from Wisconsin where she graduated from University Wisconsin Eau Claire with a Bachelor’s in Biology with a minor in Chemistry. In her last semester in undergrad she took an Entomology class in hopes to overcome the pure horror she felt when she was around insects. After learning much about them, she realized she wanted to pursue a career studying them. If you won’t find her in the lab she is likely at home working in her pollinator gardens, reading or walking her two adorable dogs. 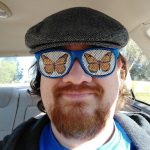 Grayson Cave is a Ph.D. student in the Roe lab focusing on integrated pest management and creation of novel products for the control of pests and preservation of agricultural crops. Grayson was born in Louisiana and has lived in many states before settling in North Carolina. He received an undergraduate degree in biochemistry and went on to study the plant protein mannitol dehydrogenase for a masters. 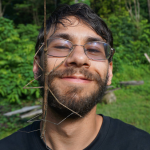 Peter is a Master’s student in the Wiegmann lab studying carpenter bee systematics and the evolution of color patterns within the group. He graduated from UW Madison with a B.A. double majoring in Entomology and Genetics. Peter has been interested in insects his whole life and is especially passionate about studying insect biodiversity in a conservation context. He enjoys playing board games, most outdoors activities and trying new foods.

For current information about EGSA’s outreach and activities, please visit our website