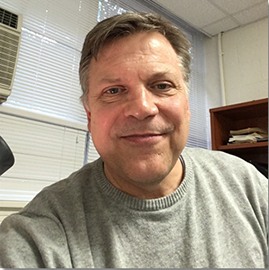 Our research in molecular biosystematics is focused on inferring phylogenetic relationships and testing hypotheses about the evolution and diversification of insects. A major focus is reconstruction of the family-level phylogeny of the insect order Diptera (true flies). A major component of these studies is uncovering patterns and processes of DNA sequence evolution, interpreting of morphological and developmental evolutionary pathways, and testing hypotheses about the origin and evolutionary effects of specific adaptations in morphology, behavior, and physiology of flies. The need for new, large, comprehensive datasets for Diptera phylogeny motivates our collaborative NSF Assembling the Tree of Life (ATOL) project—FLYTREE. Within this study, we are assembling multiple phylogenetic data sets to simultaneously assess phylogenetic relationships and the information content of specific character systems. We are also studying the species diversity and evolutionary history of major fly lineages, especially Tabanomorpha, Empidoidea, and Cyclorrhapha. Building on data generated in insect genome projects, we are actively testing the utility of alternative workflows, sampling strategies, and analysis protocols for the use of large genetic datasets in systematics. A major question we are currently addressing involves comparative analyses, characterization, and distribution of small RNAs, especially microRNA (miRNA) and rasiRNA, in non-model dipteran genomes and among other arthropod and insect lineages. As part of the NCSU Entomology Graduate Program, we provide training in all aspects of modern biosystematic research with an emphasis on applied and basic uses of biodiversity information. Our goal is to prepare students with scientific training, scholarship, and intellectual framework they will need as future researchers, educators, or administrators who will use comparative methods and biodiversity information to address issues in basic and applied entomology.

Wiegmann’s research focuses on the evolutionary history and biology of flies and other insects using comparative genomics and genetic data analysis. Flies (Diptera) include many diverse blood-feeding species that are important vectors of disease to humans, pets, and livestock. His current work usestranscriptomes to understand the history of major events in fly evolution. New genomic data provide insight into the variability and evolution of genes in key functional groups. A major goal of Wiegmann’s research program is to reconstruct the evolutionary ‘tree of life’ for all fly species, one of the largest groups of metazoan life on earth.