Things have settled down a little since I got back from my trip in La Libertad (in the north of Peru) last last weekend – I’ve been spending a lot of time at the International Potato Center (CIP), where I’m working for twelve weeks this summer, and where I’ve been learning hands-on about rapid analyses of biofortified potatoes and sweet potatoes most recently (explanation below). It’s been five weeks so far – hard to believe I’m almost halfway done with my stay here in Peru.

Last week, I worked in a combination of sample preparation and rapid analysis with my team. The “sample preparation” part involved a lot of washing potatoes, which is not the most glamorous part of research, but it’s really important, actually: since we’re going to analyze these potato samples for iron and zinc content, we want to ensure that  they aren’t contaminated with the iron and zinc in soil. Plus, washing potatoes is a lot more interesting with the radio playing Latin Pop, salsa, or one of the many traditional regional genres in Peru. Although by now I’ve become much more comfortable with working mainly in Spanish, picking out the words in the fast-paced salsas is quite a bit harder for me.

The “rapid analysis” part that I’ve been learning is a lot more obviously sciencey: CIP researcher Eduardo Porras and I (in the two lab pictures below) used a machine called XRF (X-ray fluorescence) that we can use to accurately and quickly approximate the iron and zinc content in potatoes. We’re interested in the iron and zinc content of these potatoes because, if we can identify potential potato varieties with high iron and zinc (potatoes with higher-than-normal nutrition like these are called biofortified) among the wide genetic diversity of native potatoes in Peru, we can offer these biofortified potatoes to farmers in areas where iron and zinc deficiency are common, as in the Andes Mountains in Peru and in Sub-Saharan Africa. 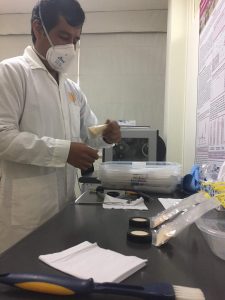 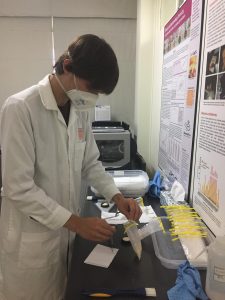 So, it’s been quite a bit of information to take in at my internship at CIP this past week, but my team’s been incredibly encouraging. You can see pretty much all of them in the picture of all of us at the table below (having a birthday party for one of the teammates). 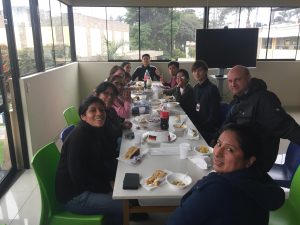 Enjoying the view from the cliffside not far from where I live in Lima. 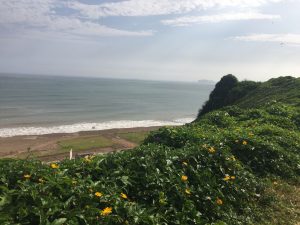 Nationally and internationally recognized economist JunJie Wu who is an expert in agricultural and environmental policy and has a passion for university teaching, research and extension education will join NC State as the head of the Department of Agricultural and Resource Economics this September.

Dr. Miljan Erbez, Higher Senior Associate for EU Integration in animal husbandry in the Ministry of Agriculture from Bosnia and Herzegovina, traveled to NC State in 2017 as part of the USDA Foreign Agricultural Service Cochran Fellowship Program and recently gave a presentation for the CALS SAIGE International Seminar series this March.