To train competent and ethical professionals, with the capacity for research and innovation, generating scientific, technological, and humanistic knowledge, contributing to the sustainable development of the region and the country

We develop research activities, technology transfer, conservation, and use of genetic resources, as well as the production of seeds, seedlings, and reproducers of high genetic value. We articulate and regulate research, development, and innovation (R + D + i) with the actors of the SNIA, aimed at competitiveness, food security, and adaptation to climate change. We formulate, propose and execute the national policy and the agricultural innovation plan. National Institute of Agrarian Innovation (INIA) is an entity attached to the Ministry of Agrarian Development and Irrigation.

To train professionals and researchers from the northern region and the country, with ethics and quality; creators of scientific, technological, humanistic knowledge and innovation, for the sustainable development of society

The National Agrarian University La Molina is a university educational institution specialized in the training of competent professionals for the agroforestry, fishing, food, and economic sectors, distinguished by being leaders, proactive, innovative, competitive, with management capacity, and have a social commitment. Generates and applies knowledge obtained from basic and applied research for the sustainable development of the country. La Molina National Agrarian University aims to achieve the level of leadership, based on teaching-learning, research, university extension, and social projection, of quality, and to be a reference in the agroforestry, fishing, food, and economic sectors, promoting the management of natural resources and the conservation of the environment for the development of the country, with creativity and professionalism. For this, it will have optimal resources and efficient administrative processes. 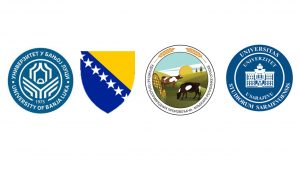 University of Sarajevo / Univerzitet u Sarajevu

The University of Sarajevo is a large and complex organization whose mission is to educate quality, capable, creative, and internationally competent staff in all areas of interest to Bosnia and Herzegovina through teaching and research, who will professionally and qualitatively perform demanding tasks of the modern economy in Europe and world political, economic, social and cultural environment.

The University strives to continuously strengthen its role as a responsible institution within the community in which it operates and to ensure the role of a recognizable center of scientific and artistic work, which brings together teams of domestic and international experts and artists around projects relevant in a domestic, regional and wider social context.

The University of East Sarajevo is an autonomous, scientific, educational, and artistic institution, which includes fifteen faculties and two art academies, whose founder is the Republika Srpska. Since its founding, the University has turned to regional and international cooperation, with the aim of achieving equal partnership at all levels. The strategic goals of the University are the implementation of the Bologna Process, raising the level of study quality, then participation in international research projects, as well as other types of projects in higher education, concluding bilateral General and Special Agreements with universities from the country and the world. , development of activities related to international educational projects and membership in international networks and institutions/organizations.

The Association of Agricultural Producers - Dairies of the Republic of Srpska was registered in December 1996 and has been actively working since the age of 98. It currently has over 450 members, and the largest number of members belongs to farms with less than 10 musk deer. It is the only agricultural association in the Republika Srpska, but also in Bosnia and Herzegovina, which has organized the collection of membership fees. When it comes to racial structure, farmers in hilly and mountainous areas most often resort to Simmental breeding, while in lowland areas it is mixed, but on larger farms, the Holstein breed of cattle predominates. The goal of the association is to take over the system of production control and issuance of documents on origin in the coming period as prescribed by the Law on Animal Husbandry of Republika Srpska, relevant regulations of the European Union, and in accordance with ICAR (International Committee for Animal Recording) rules.

The Ministry of Foreign Trade and Economic Relations is competent for the following:
Foreign trade policy and customs tariff policy of BiH; development of contracts, agreements, and other documents in the field of economic relations and trade with other countries; development of bilateral and multilateral agreements and other documents in regard to the reconstruction of BiH; relations with international organizations and institutions in the field of foreign trade and economic relations; designing and drafting strategic documents on macroeconomic relations in the field of economic relations; business environment, single economic space; development and promotion of entrepreneurship; control of turnover with goods and services under a special regime in the field of export and import; consumer protection; competition; coordination of international economic assistance to BiH, except the part regarding the EU assistance; veterinary medicine. The Ministry is also responsible for tasks and duties falling within the jurisdiction of the State of BiH including defining policies and basic principles, coordinating activities, and consolidating entity plans with those of international institutions in the following areas: agriculture; energy; protection of the environment and use of natural resources; and tourism. Part of this Ministry is also its administrative units: the Office of Veterinary Medicine of BiH, the Administration of BiH for Plant Health Protection, and the Office for Harmonization and Coordination of Payments in Agriculture, Nutrition and Rural Development of Bosnia and Herzegovina. 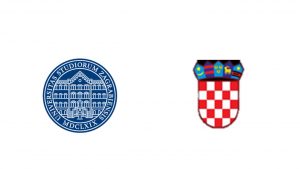 University of Zagreb / Sveučilište u Zagrebu

The mission of the University is based on scientific and artistic research and aims at sustainable development, artistic creativity, and professional work as well as organization and performance of university studies and, exceptionally, occupational studies.

As a central and leading institution, the University gives special regard to carrying out the programs of strategic interest for the Republic of Croatia and for the development of regional and local communities. All university activities enhance the development of personality and promote human rights and fundamental freedoms.

The Ministry, in its capacity as the line ministry, participates in the management and disposal of shares and business stakes of companies that constitute state property owned by the Republic of Croatia, in respect of companies mainly engaged in activities within the competence of the line ministry. The Ministry performs activities related to the participation of the Republic of Croatia in the work of European Union bodies in the areas within its competence. The Ministry also performs other tasks assigned to it by special regulations. 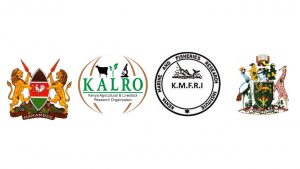 The Ministry’s core functions include:

KMFRI was established to conduct research on aquatic systems covering both marine and freshwater. KMFRI headquarters is based in Mombasa, with eight (8) other stations at Kisumu, Turkana, Baringo, Naivasha, Sagana, Kegati, Sangoro, and Nairobi. The Institute has two Research Centres based in Mombasa and Kisumu.

KMFRI has adopted a multidisciplinary approach in research which is internationally recognized and has been a major strength especially in attracting research funding from development partners. KMFRI’s Research activities are organized into three directorates namely; Ocean and Coastal Systems (OCS), Freshwater Systems (FWS), Aquaculture Research and Development (ARD), and a sub-directorate on Socioeconomics (SE). The OCS has two departments; marine and coastal fisheries, and oceanography and hydrography, the FWS has two departments; inland fisheries and limnology, ARD has two departments; freshwater aquaculture and mariculture, while SE is cross-cutting. Each research directorate also has technical support services which are organized into three departments namely laboratory, maritime, and information and communication technology. The finance and administration directorate is organized into two departments; finance and human resource and administration. Furthermore, there are other support services such as supply chain management, corporate affairs, planning, and audit.

The University of Nairobi, a body corporate established by an Act of Parliament Cap 210 of the Laws of Kenya is the pioneer institution of University education in Kenya and the region.

The only institution of higher learning in Kenya for a long time, the University of Nairobi responded to the national regional and Africa's high-level manpower training needs by developing and evolving strong, diversified academic programs and specializations in sciences, applied sciences, technology, humanities, social sciences, and the arts. To date, the range of programs offered number approximately two hundred.