North Carolina is home to 80,000 miles of Department of Transportation-managed roadways. Alongside our highways is usually a shoulder including green grass that has to be regularly and safely maintained, a particular challenge around roadways with median rails.

Maintaining NC’s stretches of roadway grass is time-consuming, expensive, and potentially risky. Researchers with NC State’s turfgrass program are breeding and testing a low-growing, low-maintenance turfgrass that could significantly reduce the management cost and risks.

The Benefits of Roadside Turfgrass

Highway vegetation is valuable for drivers and our ecosystems. Turfgrass provides a safe place for travelers to pull off roadways, reduces dust and glare, and mitigates heat from adjacent asphalt. But it also acts as an important buffer to the natural waterways near highways. Turfgrass physically and chemically filters air and road pollutants that would otherwise be washed directly into neighboring streams or lakes.

To reduce the costs and risks of mechanical and chemical maintenance around median rails, NCDOT has tapped NC State turfgrass researchers for alternative turfgrass options. Zoysiagrass is a top contender.

Zoysiagrass – Beyond The Landscape

Zoysiagrass is known for producing a thick, smothering grass stand that, once established, can outcompete weeds and remains short. It’s a lower input grass — with virtually no maintenance required in its dormant season — is drought tolerant, and thrives in a variety of soils, which NC has in abundance.

Zoysiagrass is usually installed as sod for home or commercial landscape applications and is known to be expensive. But NC State researchers are working to identify the most economical roadside zoysiagrass cultivar and method of establishment to cover NCDOT’s many miles.

NC State researchers Susana Milla-Lewis and Grady Miller are leading the project which seeks to compare the establishment and economic viability of roadside zoysiagrass by seeding or planting sprigs.

“Zoysiagrass varieties have generally been developed for landscape use targeting traits such as shade tolerance and dark green color when managed with at least moderate inputs. These traits are largely irrelevant for roadside use,” Miller said.

NC State developed two of the roadside zoysiagrass cultivars being evaluated. “Two of the zoysiagrasses that have shown excellent performance are currently being grown in on-farm trials in NC, SC, and VA to evaluate sod production traits. One of these lines could be commercially released as soon as next year,” Milla-Lewis said.

One of the most important considerations for the trial is the ability of the grass to establish with minimal input – including irrigation which is impractical on a large scale. The group is evaluating the time of year for planting and some alternative strategies to improve establishment.

“In some of our studies, we saw sprigs performing as well as seeds, but those trials were watered at establishment. For some of the field-scale locations, a lack of irrigation was a significant problem,” Milla-Lewis said. “So, we are also evaluating companion crops as an alternative to help retain moisture during initial establishment.”

Researchers hope their findings will save on turfgrass management and inputs.

“The results of this study may cause a shift in how roadsides are planted and maintained. With the successful establishment of zoysiagrass, there should be a reduction in chemical and mechanical maintenance,” Miller said. “The long-term benefit will be less cost to maintain NC roadsides.”

While the turfgrasses in this project are geared to highway road use, the outcomes may have implications for NC home and commercial landscapes too.

“While the speed of establishment was an important trait for NCDOT, persistence under low inputs was also at the top of the list,” Milla-Lewis said. “These zoysiagrass lines have been tested in Arizona and California under very little irrigation and they maintained superior performance. While some of them are rougher and don’t have the superior turf quality required for a lawn setting, at least one of them would be very suitable for that environment and should be of interest for those homeowners who are more interested in less maintenance rather than perfect beauty.”

New Warm-Season Turfgrasses To Be Released

NC State has an active turfgrass research and breeding program, especially in drought-tolerant warm-season varieties. But plant breeding is a long game taking 10-15 years to develop, evaluate and release new cultivars. Milla-Lewis has been with the university’s turfgrass breeding program since 2009 and is excited to introduce two new turfgrasses.

“Our breeding program is releasing our first warm-season cultivars within a year. We’ll be releasing one St. Augustinegrass and one Zoysiagrass cultivars. As these are vegetatively-propagated species, it takes a while to ramp up enough material for distribution to interested sod farms,” Milla-Lewis said.

Her turfgrass breeding program ramped up from a handful of turfgrass types in 2009 to more than 18,000 unique genotypes that have been developed and tested to date. Because of NC’s unique geographic location in the transitional climatic transition zone of the US, much of NC State’s turfgrass breeding work focuses on improving cold tolerance in warm-season grasses and heat and drought tolerances in cool-season grasses. Forthcoming varieties will increasingly allow homeowners, golf course superintendents, and government entities to save on water and management costs.

Crop and Soil Sciences’ research impacts citizens and students, from the mountains to the coast and everywhere turfgrass grows. Follow how our innovations affect agriculture and environmental science by joining our weekly newsfeed.

If you are a student interested in turfgrass science, investigate our undergraduate and graduate degree programs, including a deep dive into our turfgrass program. Then join us for a guided email tour of our department and university.

Enhancing NC’s greenspaces through plant breeding is just part of how we are growing the future. 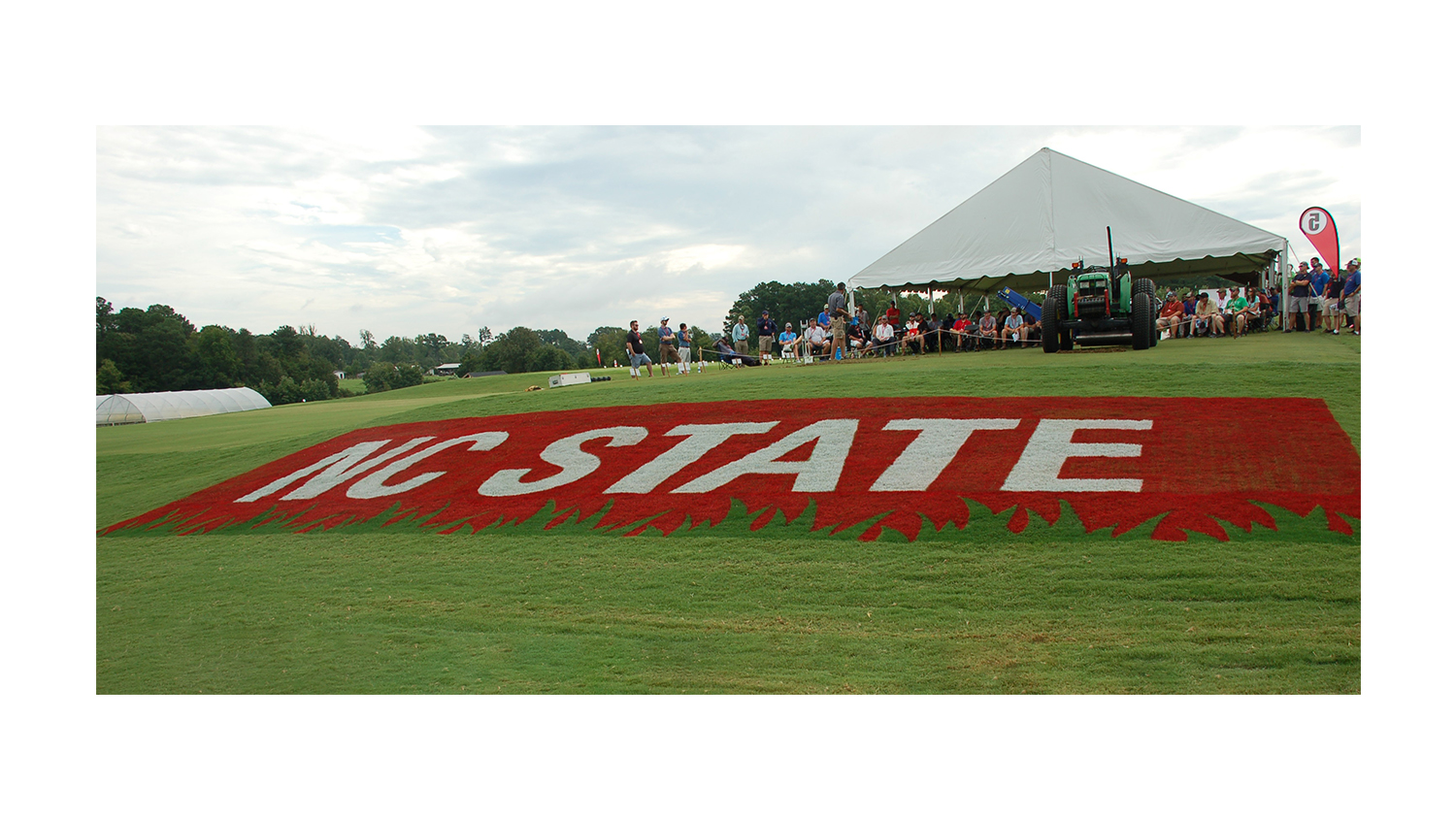 In her new role as Extension Outreach and Engagement Platform Director, Rachel Vann will leverage her Extension experience to facilitate communication between N.C. PSI research teams and NC farmers.