Quality control in our food system goes blissfully unnoticed until you discover a lime gelatin packet in an orange box, all yellow M&Ms in your bag, or worse. It’s about meeting customer (and regulatory) expectations every time.

In the 1920s, farmers were frequently left wondering what was in their seed bags when crops failed to reliably produce the intended varieties. The North Carolina legislature responded to frustrated farmers by creating the NC Crop Improvement Association in 1929 to address truth in agricultural seed labeling.

Early on, seed was frequently sold under false labels as a named cultivar but whose offspring failed to produce any semblance of the namesake. Poor production and a lack of crop uniformity threatened farmer’s livelihoods. For over 90 years, NC Crop Improvement has labored to protect plant breeding improvements and provide truth in labeling to farmers.

Today, farmers can plant certified seed with the assurance that what’s on the bag is actually in it.

“In the last 50 years, substantial gains have been made for yielding ability, disease resistance, and quality attributes for numerous commodities,” said Ramsey Lewis, NC State professor of tobacco breeding and genetics. “Improved combinations of these traits are of great benefit to growers because they positively affect the economy of production. Improved plant varieties allow growers to maintain profitability and, in some cases, expand market opportunities.”

The sheer complexity of plant life makes plant breeding challenging and rewarding. Many of the economically valuable traits breeders (and growers) might like to affect are impacted by enormous numbers of genes. Influencing one plant characteristic often impacts others, sometimes negatively, and improving multiple traits concurrently is easier said than done.

“Plant breeders work their entire careers to make gains on various plant traits,” said Bill Foote, director of NC Crop Improvement. “We want to give these varieties their best chance to perform without being muddied by poor seed production.”

The Value of Seed Certification

One of the benefits of seed certification is cultivar longevity. “If a variety gets pollinated with unwanted pollen or mixed with another variety during conditioning, it can become ‘dirty’ and unstable in its characteristics. The best way to keep varieties clean and unique is through certified production,” Foote said.

He cites the Covington sweetpotato variety (bred at NC State) as a prime example. “It’s been market-dominant for 15 years. That’s unheard of. It’s because [NC State’s] micropropagation lab keeps the vegetative planting stock free of viruses and genetically close to the original plant.”

Some farmers address seed-borne disease with preplant seed treatments. But this doesn’t guarantee genetic purity. “We are here to make sure growers get what they expect from the research on these varieties,” Foote said.

The benefits of clean seed and genetic reliability are doubly important for organic growers who have fewer tools to combat disease. “They definitely benefit from starting with fewer problems,” Foote said. “We believe in the motto ‘Start clean, stay clean.’ ”

To earn the official blue ‘certified’ seed tag, the seed must be produced under strict standards. First, it must come from a distinct, uniform and stable variety as reviewed by NC Crop Improvement or an international governing board.

Certified growers must also start their seed crops with a certifiable source of seed, usually from foundation seed (produced directly from breeder’s stock). NC Crop Improvement field inspectors visit growers’ locations at least once per season to verify the characteristics of the seed variety.

The most important element in the certified production protocol is field isolation from potential contaminant pollen. Based on a crop’s known predisposition to outcrossing, crop isolation distances differ widely between crops. “It depends on how far the pollen flows,” Foote said. For wheat, which isn’t known to outcross, the distance between varieties can be as little as 10 feet compared to hemp which must be isolated by three to 10 miles depending on the state.

Once seed is harvested and conditioned, it must be lab tested for purity and germination before it is finally awarded a certified label and authorized for commercial sale. Seed growers are also subject to spontaneous record and sample audits. The process creates a reliable paper trail documenting the variety and its strict cultivation from field to bag.

“Our stringent certification process is like an ISO quality program,” Foote smiled. “But we came first.”

“Disease in these crops isn’t tolerable. Starting with genetically pure seed (or virtually so) is an assurance that farmers are starting with clean stock,” Foote said.

Small grains are estimated at roughly 50% certified production, and sweetpotatoes and turfgrass at about 33%. Other crops like soybeans and corn are almost nil.

While some farmers choose to save seed for planting, it’s not possible for all crop varieties. Most corn varieties are hybrids and won’t reliably produce true from seed. But other crops, even those from public breeding programs, are patented or licensed for production, meaning growers are not legally allowed to reproduce seed. Foote says the multiple types of variety protection keep varieties true to growers’ expectations.

Foote says the biggest challenge for his group is keeping pace with the volume of new varieties released each year and anticipating what’s next for the industry.

“We’re here to serve the common good of our growers. Certified seed is a farmer’s best guarantee for the most predictable and potential outcome. We think that confidence pays for itself.”

Empowering NC growers through proven research is just part of how we are growing the future. 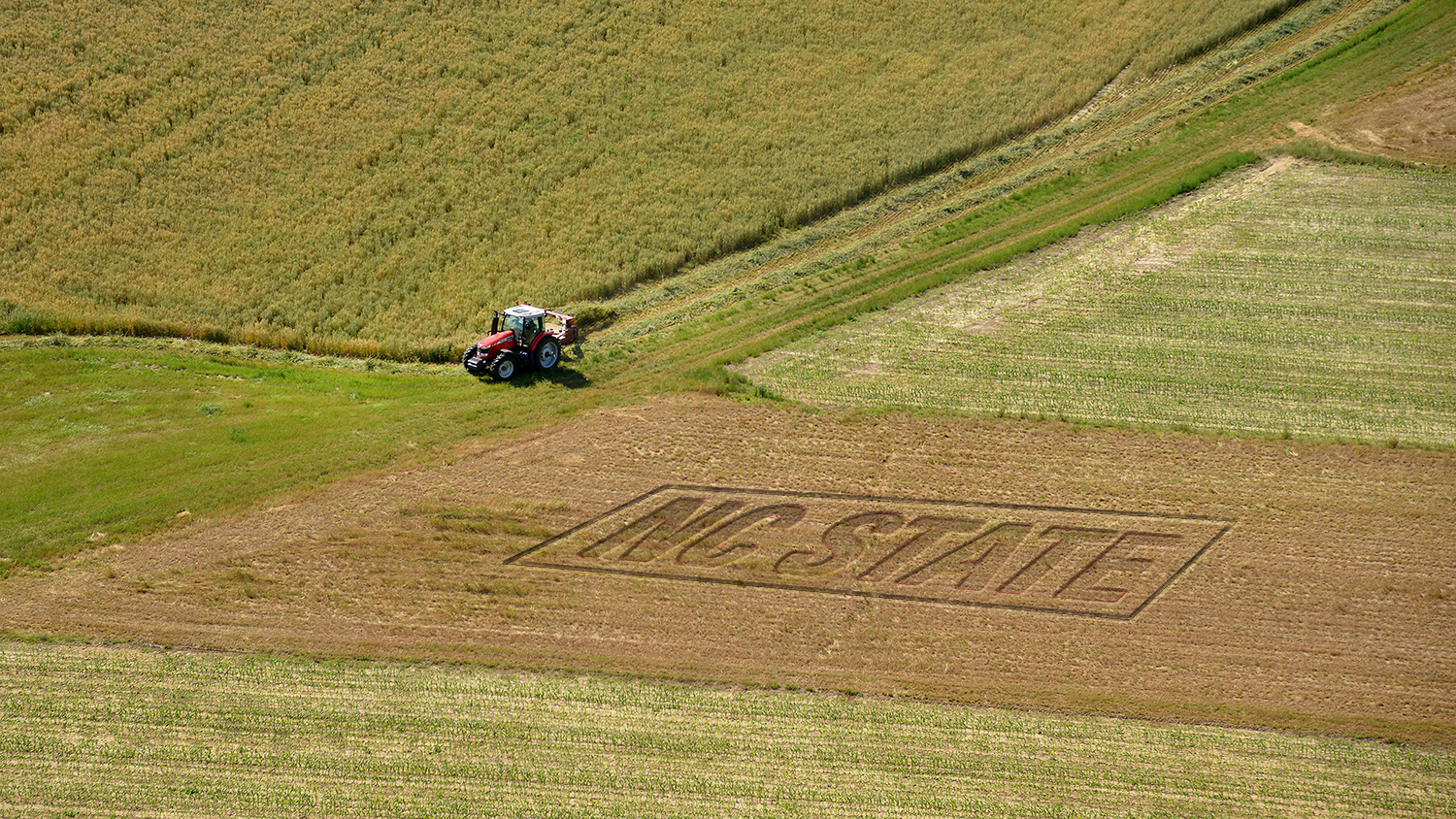 More Than PB and Hay: The Value of Peanuts in North Carolina

North Carolina is the fifth-largest peanut-producing state and specializes in the aesthetically fancy Virginia market type, which is mostly used in-shell or as cocktail snacking nuts after shelling.

Vasu Kuraparthy, a professor in the Department of Crop and Soil Sciences, is a leading expert in using genetics to increase cotton productivity.