[Editor’s note: This article was adapted from a release written by Cecilia Brown of Sod Solutions]

“This is an exciting day for everyone involved in the research and development of this new St. Augustinegrass cultivar. I am hopeful both growers and consumers appreciate Sola for its many improved characteristics and overall turf quality” Milla-Lewis said.

Sola is the second cultivar to be released from Milla-Lewis’ breeding program within the past year. Lobo™ Zoysiagrass was released in November 2021. Select N.C. sod producers, Sod Solutions and the North Carolina Sod Producers Association (NC SPA) helped support the development of these grasses by teaming up to form Turf Research North Carolina (TRNC) in 2016.

Growers made financial contributions over a six-year period to fund the research and development of Lobo, Sola, and other turfgrasses yet to come out of the program. All NC SPA participating growers contributing to the program will have exclusive access to the grasses when they are released. Sola St. Augustine will be exclusively licensed through Sod Solutions for commercial production and marketing.

“This is a monumental day for the turfgrass industry. Dr. Milla-Lewis and her team have put in years of research and hard work towards this new St. Augustinegrass cultivar. We are thrilled to be a part of this process and cannot wait to see the success of Sola in the marketplace for years to come,” said Sod Solutions President Tobey Wagner.

The objective of the breeding program was to release an improved St. Augustinegrass cultivar that was better than Raleigh. 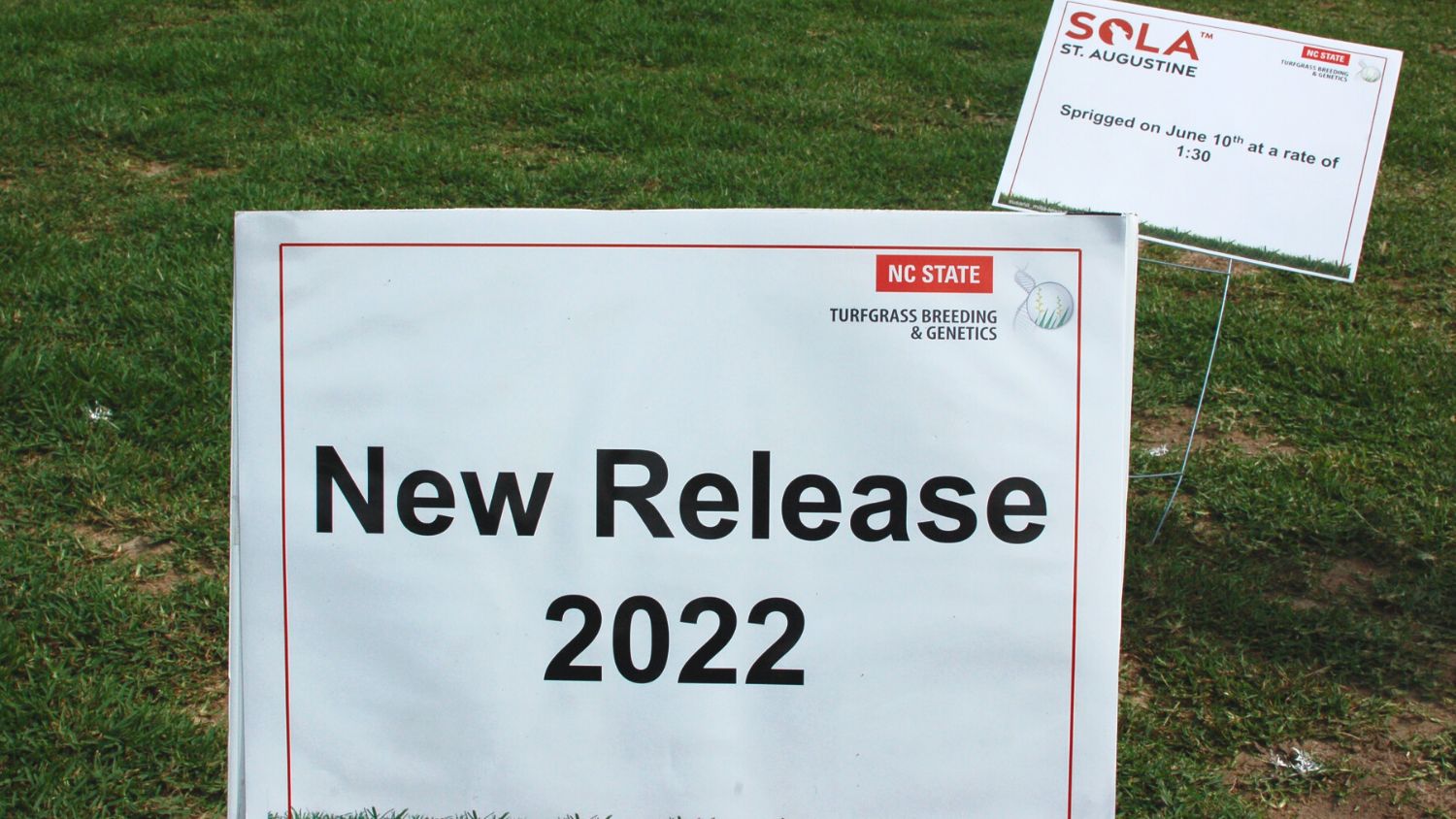 “When the turfgrass breeding program was established in 2009, Raleigh St Augustinegrass was the only turfgrass cultivar NC State had released going back to the early 1980s. And despite it being old, it was still an important commercial cultivar that is widely grown” Milla-Lewis shared.

She said that Sola is comparable to Raleigh in cold hardiness but has many characteristics in which it outperforms Raleigh, Palmetto and other St. Augustinegrass cultivars such as turf quality and density, shade tolerance, disease resistance, drought tolerance, aggressive growth and exceptional recovery.

“We set out to develop something that would beat Raleigh and it’s exciting that it outperforms it in so many different ways,” Milla-Lewis said. “As the breeder, one thing I’m most excited about is that I think this grass is going to make producers very happy because it is very aggressive to establish and regrow, and the sod quality is great.”

Milla-Lewis anticipates the southern portion of the transition zone corridor will be one of the first areas where Sola will expand. She is eager to observe if this new cultivar will replace older St. Augustinegrasses throughout these regions over time.

Milla-Lewis reflected on her first presentations to the NC SPA back in 2009 and how the sod producers kept their faith in her as a new turfgrass breeder. “For the past 12 years, through many meetings and field days, I would show the program’s progress and promise something would come out of our work. Now here we are, with two new cultivars released,” she said. “They have been so supportive and incredibly patient. I am incredibly thankful to the NC SPA growers and the TRNC.”

Milla-Lewis’s turfgrass breeding program focuses on drought-tolerant warm-season species and tall fescue. Up next will be a new centipedegrass cultivar. Promising lines are currently in the last stages of testing in on-farm trials at Mackilwean Turf Farm, Quality Turf and at NC State’s Lake Wheeler Turfgrass Field Laboratory.

Crop and Soil Sciences’ research impacts citizens and students from the mountains to the coast and everywhere turfgrass grows. Follow how our innovations affect agriculture and environmental science by joining our weekly newsfeed.

If you are a student interested in turfgrass science, investigate our undergraduate and graduate degree programs, including a deep dive into our turfgrass program. Then join us for a guided email tour of our department and university.

Enhancing NC’s greenspaces through plant breeding is just part of how we are growing the future.