Over 30,000 undergraduate students arrived on NC State’s campus this fall.  College students arrive in class with a variety of expectations. Some have grand visions for their studies, eager for new ideas and technologies to shape their future.  Some students anticipate the increasing rigor of study as they niche down their field of interest. Some are still searching for their path.

A mere 48 of the crowd found themselves lucky enough to be seated (or online) in Bob Patterson’s CS 213 Crop Science class.  On the first day, students, some still drowsy at 8:30 am, some expectant to meet the beloved professor, and some possibly indifferent just needing a natural science elective for course credit, filed into the lecture hall. They came with laptops, pencils, smartphones, and notebooks, a combination of high and low tech, but ready for their educational payload of homework.  They all came expecting an assignment – just not this one. 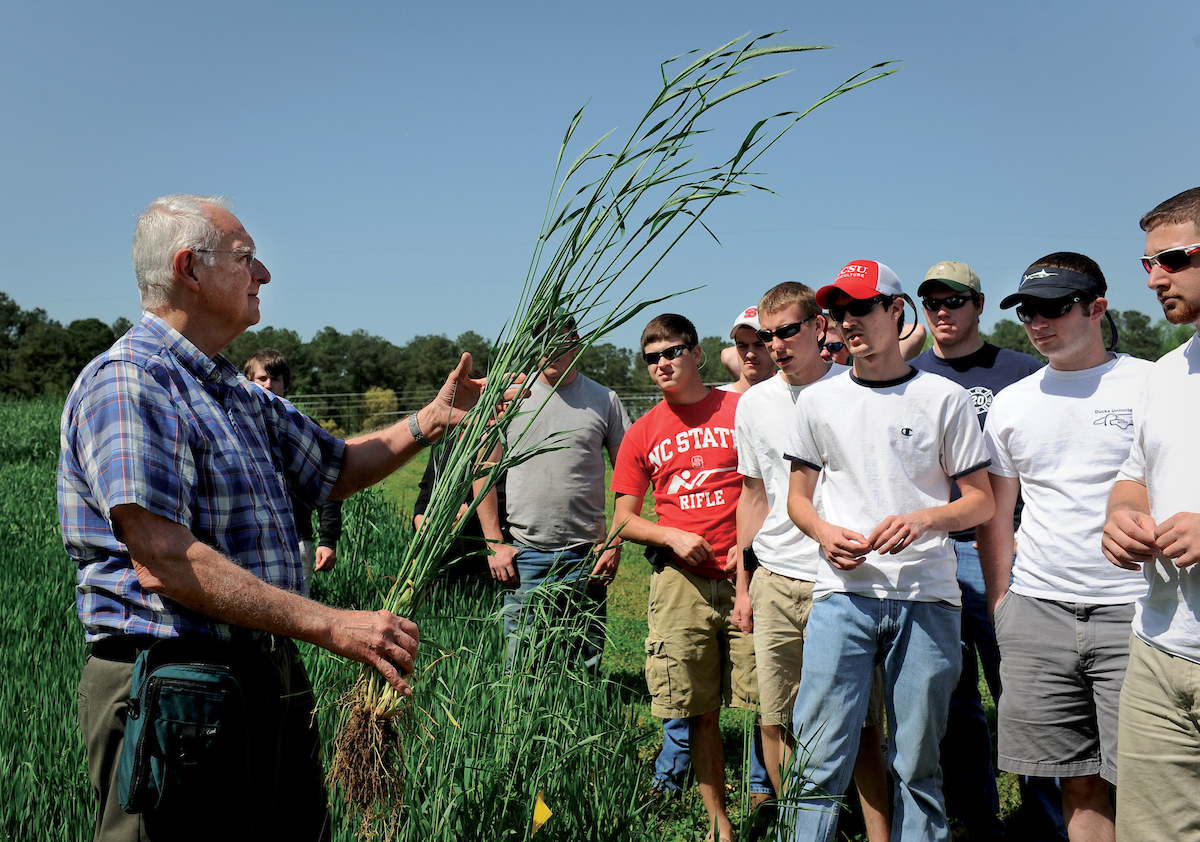 CS 213 is an agronomy class.  It is required for CSSC majors but available to all undergraduates as a general education course – assuming some interest in agriculture and biology prerequisites.  Patterson’s 17-page syllabus sets the tone for the course by outlining the historical and future significance of agricultural systems. “Our basic question: ‘How and why do we investigate, select, manage, market, and finance the production of our crops – and the soil and other environmental (including human) resources required for their growth – as our experience, our research findings, and our innovative and global community spirit suggest we should?’”  A weighty proposition for one semester. 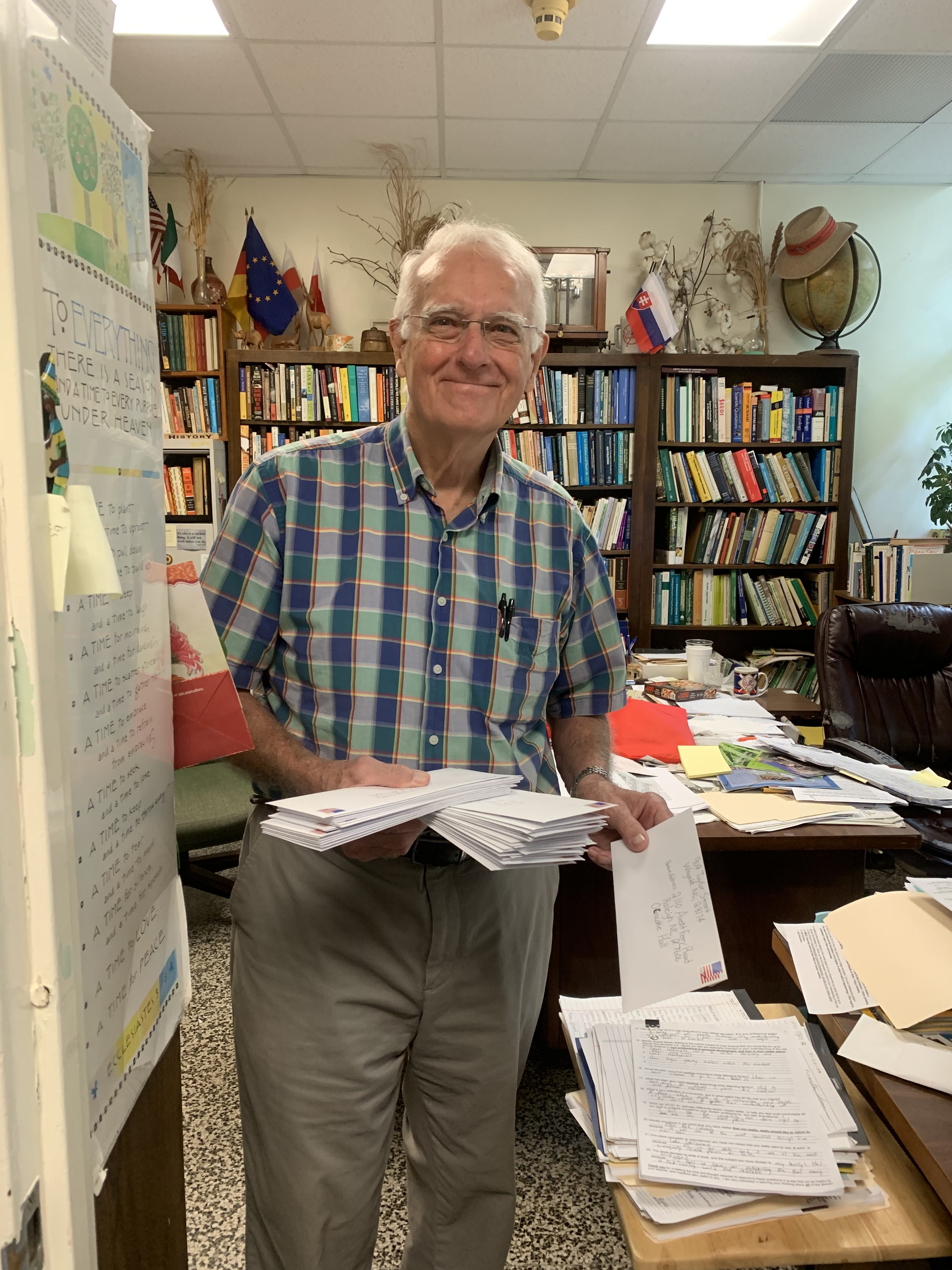 So it’s understandable if students in Patterson’s CS 213 class are surprised at their first assignment.  A letter to grandmother. Yes, on the first day there are textbook readings and an article to research but the first deliverable is a letter to grandmother.  The ‘opportunity’ Patterson outlines is to think about a close relative who had a major impact on the student’s life – to think seriously about the role the individual has played in the student’s decisions on university choice, career field, volunteerism and leisure pursuits.  Essentially, how that individual has influenced the student’s path here. Patterson especially encourages thinking about how the student hopes to pass on the blessings they have received.

That’s it.  A letter to grandmother.  A letter only 2 people may potentially ever read – neither of them being Dr. Patterson.  He’s never read any of the submissions in the 12 years he has been assigning this opportunity.  But he knows the work is being done.

It’s an unlikely assignment, especially in a class with an aggressive academic challenge and hefty syllabus.  A letter to grandmother. Why is that Patterson’s class opener? Like much of agronomic foundations, it comes down to best practices.  It turns out that he is following a model of gratitude learned early in his career from an esteemed soils professor, Murray Milford at Cornell University.  During Patterson’s graduate studies, Milford left Cornell to return to Texas to care for his aging mother. He told Patterson that he had always written “a letter to Mother” every Sunday evening and would continue to do so even after returning to Texas.  This made an impact.

Bob Patterson adopted this letter writing to his own mother who now resided in a rest home in the foothills of NC.  “I wrote her letters because writing is powerful. And I know she appreciated those letters. I was traveling to some unusual places like the Congo and wanted to share those experiences.  I wondered ‘How would Mother feel about receiving an international letter?”. He wrote to her about the different places he was traveling, teaching, and learning. It spurred conversation between them despite the miles.  “She would ask me ‘Was this a good experience for you?’ And it made me think,” he said.

Patterson’s mother kept up those conversations to the age of 99.  After her passing Patterson’s sister Martha brought him several boxes from their mother’s estate.  Inside? Every letter he had ever written to his mother. A testimony of their value. 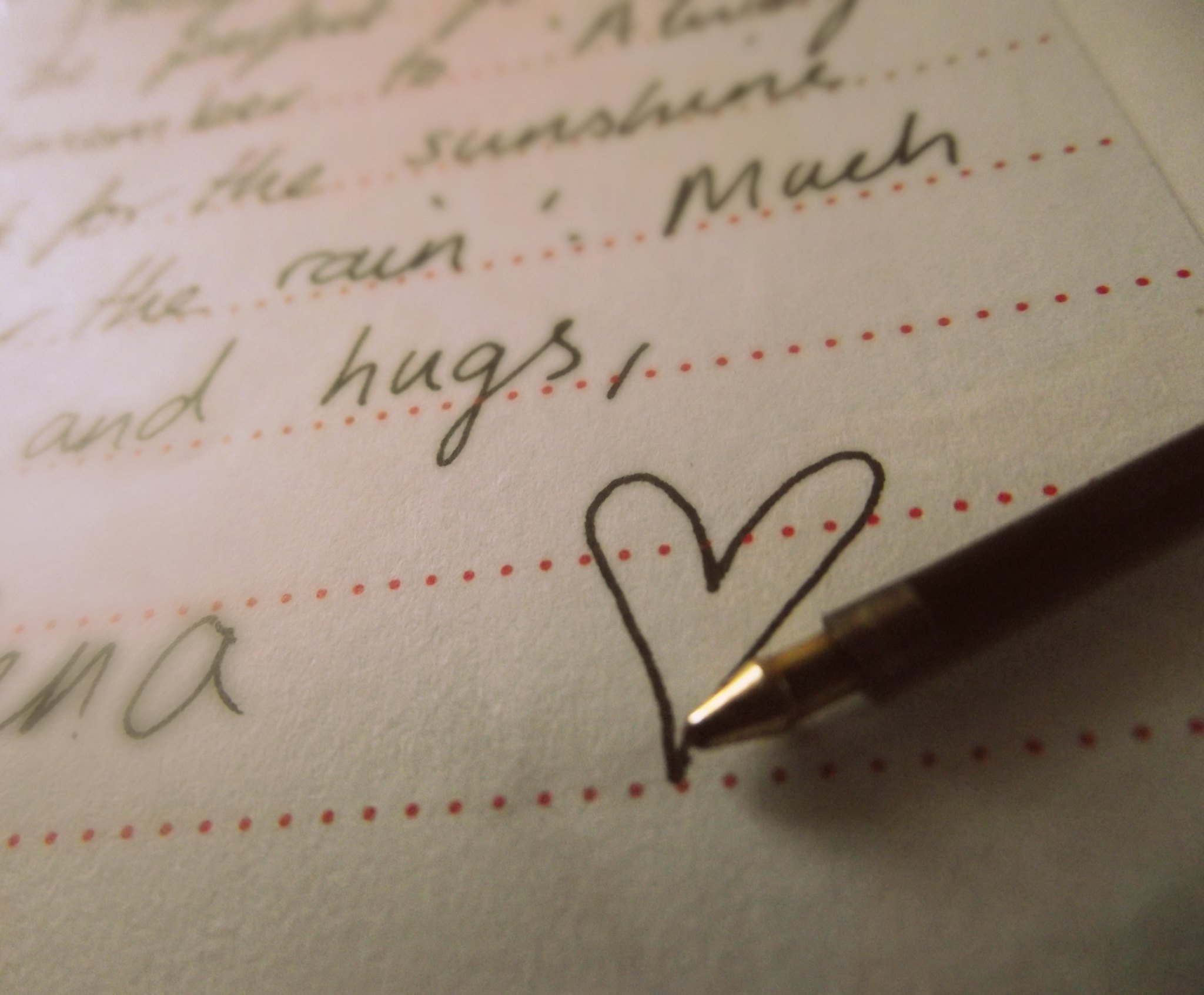 Patterson has the great fortune to hear students’ (and grandparents’) accounts of how these letters home are received.  Grandparents call him to offer their appreciation, many have never received a letter from their grandchild before, much less one of such gratitude.  (One grandparent confessed to having read it aloud at a rotary club meeting which garnered some envy among attendees.)

More recently a student returned to Patterson’s office to relay a story of the student’s ailing grandfather.  The illness was serious and led the family to the emergency room. As his grandfather changed into a hospital gown, the student helped by collecting his grandfather’s clothes and personal items for safekeeping.  It was then he discovered his grandfather routinely carried the precious letter in his wallet. A connection’s roots run deep.

Patterson regularly advises students on their career paths.  He has come to advocate for discomfort. His own former advisor Gene Younts pushed him to go somewhere different (like the cold wintered-Cornell University).  “I was lucky to be challenged,” Patterson reflected. “I am so thankful for the guidance of others.  Dr. Younts pushed me. He even pushed me to go to a place where they don’t plant corn until June,” he mused.  Patterson spent 5 winters at Cornell (where he was inspired by Milford’s letter writing) before returning home to NC State. “He needed me to struggle, to go somewhere different. And I trusted him.” That challenge changed him.  “Looking back, now I know what he meant. I wanted to thank him. But I never wrote that letter,” Patterson said. Gene Younts passed away in 2018. 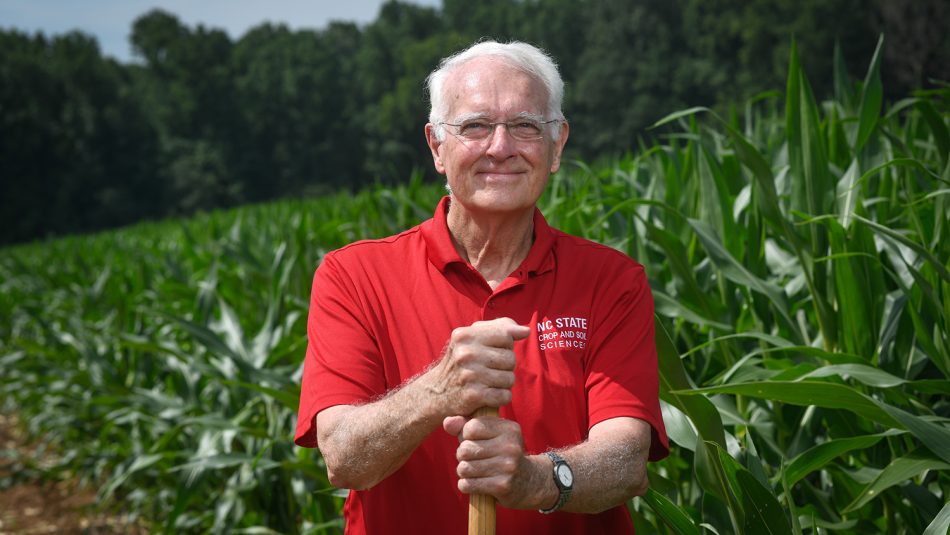 It’s Not What We are Teaching, But What They Are Learning

CS 213 is a crop science class.  It teaches fundamental crop management.  But what students learn is far deeper. Patterson extends this class beyond agronomy to address global food and sustainability challenges which are ripe for change.  To him the course, and the bigger answers, begin with recognizing our blessings, embracing our challenges, and graciously sharing our gifts worldwide.

Students read in his class syllabus “A farmer is an incredible human being, an optimist, and a realist who seeks purposefully to maintain and nurture a managed ecosystem …  for the perpetual benefit of the farm family and best interests of the local and broader communities – domestic and international- of which the farm family is an integral part … an individual who understands that everything goes somewhere.”  Patterson isn’t a professor.  By his own syllabus’s definition, he is a farmer.

Someday…I’ll lie there and read all the letters I’ve received from students, colleagues, and parents.  I keep them all

“[By assigning this letter] I want to give students the opportunity to prepare themselves for this course – and college.  To be thankful for having choices,” he said. The legacy of proud grandparents proves that the seeds Farmer Patterson sows in CS 213 bear valuable fruit.  And like any good grower, he treasures his own harvest. “One day I will find two trees near a creek. And I will put up a hammock. I’ll lie there and read all the letters I’ve received from students, colleagues, and parents.  I keep them all,” he said. Apparently, he prizes connections too.

Most CS 213 students don’t become farmers.  Quite a few students major outside of Crop and Soil Sciences.  But they all remember Bob Patterson, the class, and his assignment.  These awakened students take with them a firm foundation in crop management and the sprouts of personal growth.  Who knows when Patterson will stop teaching to find those trees? Based on the feedback of students (and grandparents), many hope it’s not before their letter arrives.

Do you know a student interested in crop or soil sciences?  NC State students learn from amazing professors like Bob Patterson every day.  Share with a student our degree pathways or have them sign up for a guided email tour of our Crop & Soil Sciences Department.  It’s how we are growing the future.

Extension faculty from North Carolina State University’s Department of Crop and Soil Sciences have joined a network of 28 public and private partners to assist producers in implementing climate-smart grassland management strategies and to valuate the practices’ on-farm impact.