Making a Beeline for RDU Airport

It’s not every day that a swarm of bees interrupts airport arrivals and departures. In fact, none of the operations team at RDU International Airport had experienced that until last week.

Wary of a mass of bees on a conveyor belt, the airport staff put up yellow caution tape and routed baggage handling away from an American Airlines gate.

Bonnie Baird, a Wake County Beekeepers Club member whose husband works at the airport, learned about the swarm and sent an A-P-Bee to NC State’s Tom Kwak, a fellow beekeeper.

Kwak usually volunteers to relocate swarms in a zone inside the Beltline. But he knew the airport bees were in a precarious location and wanted to move them before someone called an exterminator.

“It’s important that we protect the pollinators of our plants and food crops,” he says, pointing to his entomology colleagues’ research and extension work on the many pests and diseases that threaten native bees and European honeybees.

The swarm was half of a hive that had grown too large and was in the process of dividing.

“The queen takes off, signaling half of the hive to follow her in search of a new location,” Kwak explains. “Scout bees from the swarm look for a new home. It may take two or three days before they find a site to their liking, whether it’s a hollow tree or, unfortunately, the eave of someone’s house.” The remaining bees raise a new queen in the old hive.

RDU Operations staff members Dane Wallace and Keenan Orman were glad to take Kwak up on his offer to relocate the swarm without waiting for it to disperse.

Kwak drove out onto the hot tarmac, following Orman’s vehicle through security.

Slipping on his headgear and jacket, Kwak sprayed the swarm lightly with water to calm the bees, which were “very gentle,” then scraped them carefully into a temporary box, waiting for all the bees to follow their queen inside.

Rather than flying off to their new home, the bees rode in air-conditioned comfort to the beeyard. Meanwhile, their adventures generated a buzz on social media and hopefully, interest in saving future swarms.

Research and resources for you 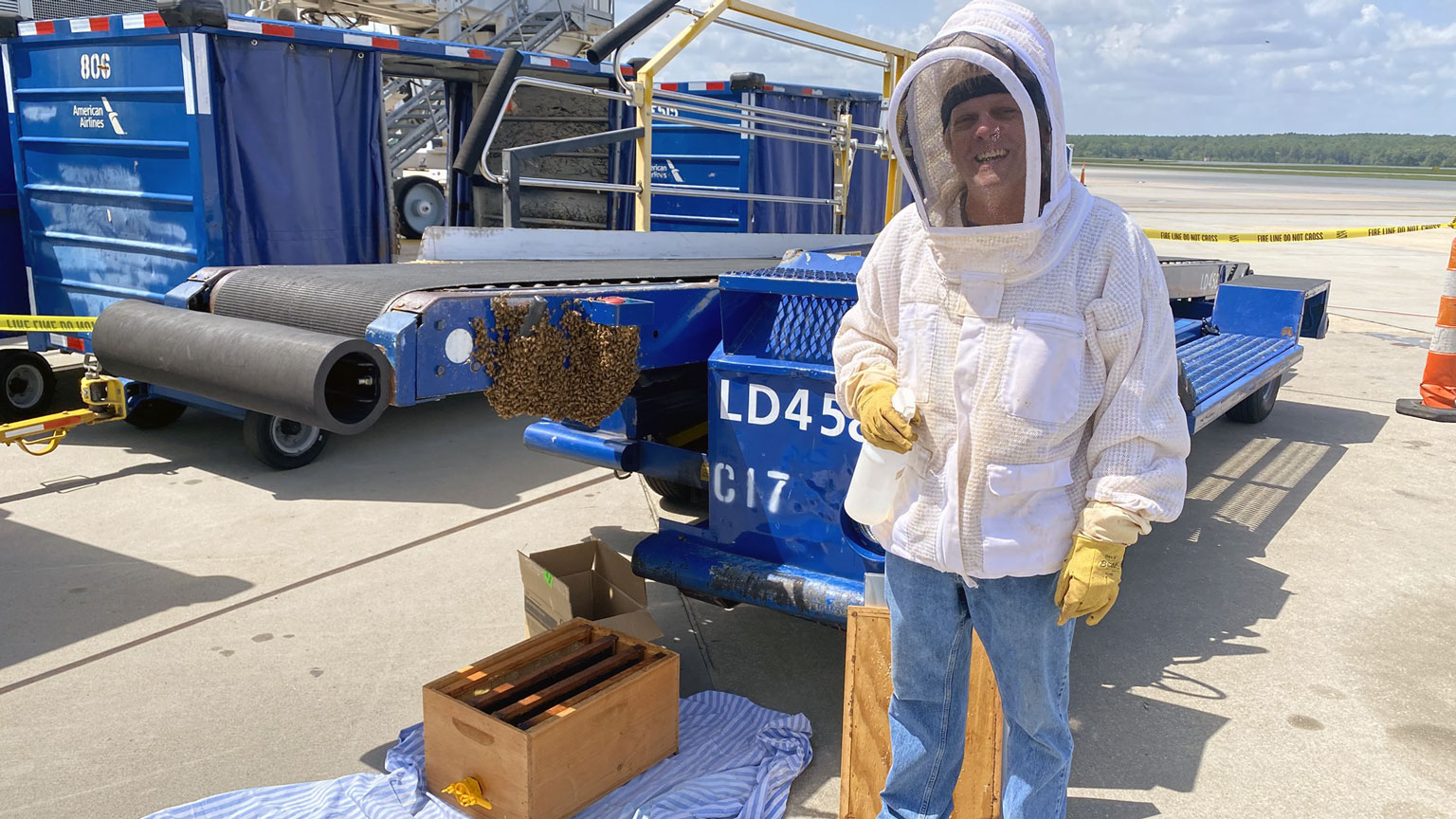