Vision and Value: The Scoop on Gary Cartwright’s Dairy Career

Over a 27-year NC State career, Cartwright, who retired from the Department of Food, Bioprocessing and Nutrition Sciences in December 2019, built strong relationships with co-workers and industry groups. He managed the dairy and pilot plants before reaching a career capstone built on ice cream.

“In his early days as a pilot plant manager, I was amazed at Gary’s uncanny ability to troubleshoot on the fly and offer solutions to seemingly difficult problems,” says K.P. Sandeep, FBNS department head and professor. “Later, it was his vision for the vertically integrated dairy enterprise system and perseverance to deal with obstacles that paved the path for the creation and success of the Howling Cow brand.”

Cartwright’s legacy includes a “farm of the future” that encompasses every step of production from growing corn for cows to scooping Howling Cow ice cream for agritourists.

“I don’t think anybody else but Gary could have done that,” says longtime colleague MaryAnne Drake, director of the Southeast Dairy Foods Research Center. “He was the right person at the right time.”

Hints of the Future

As a student at NC State, Cartwright felt at home in Schaub Hall, where he worked in the dairy plant.

“Coming from a small community, I was very concerned about going to this massive university,” he says. “Food science was a little enclave on the outskirts of campus, and it was one of the few buildings on that side that had an academic department in it.”

Cartwright joined the Food Science Club, which had a State Fair booth as a fundraiser. Aside from working with future FBNS colleagues Joanna Foegeding and Sharon Ramsey, his first year didn’t go well.

Unfortunately, the answer was no. After learning that the ice cream wasn’t made on campus, most patrons opted for coffee or hot chocolate.

Gary wanted to know why NC State couldn’t sell ice cream made on campus at the State Fair.

The answer: a state law, the Umstead Act, which was designed to prevent state entities from competing with private companies for business. Food Science mentors told him that local dairies would have to sign waivers to allow NC State to sell its ice cream to the public. They did.

“I didn’t realize that none of these companies wanted to sell at the State Fair,” Cartwright says. “They said, ‘It’s tying up our equipment and we don’t make any money.’”

With NC State ice cream on the menu, the Food Science Club booth was much more successful the following year.  It was the start of a wildly popular run at the State Fair, for many years the only place the public could buy NC State ice cream.

“Call it fate, karma. I had no idea that experience would later impact me when I came back to the university,” Cartwright says.

After earning a bachelor’s degree in food science, Cartwright worked as an assistant production manager with Flav-O-Rich Dairies in Atlanta, Georgia, and Birmingham, Alabama. Subsequently, he took a position with Miller Brewing as a quality specialist in Georgia, learning about high-speed production lines. Then he was transferred to a facility near Los Angeles.

“But I found myself with children I wanted to raise in North Carolina,” Cartwright says.

He returned to NC State as dairy plant manager in 1987.

“The very first [Tetra Pak] machine ever to come into the United States was located in our dairy,” Cartwright says. “Once our department helped get their process FDA approved, we had almost every Fortune 50 company in the U.S. coming to us.”

International Paper lured him to work for their aseptic research group in Research Triangle Park. When the company announced a move to Cincinnati, Ohio, Cartwright took a position in food equipment sales with M.G. Newell, a company that had donated an ice cream dipping cabinet during his Food Science Club days.

1997 was a year Cartwright will always remember. He returned to NC State for the final time and he met Deborah, his wife of nearly 23 years.

A Midwesterner, Deb had moved to North Carolina to help set up a sheet metal fabrication company in Apex. Her hairstylist helped her find a welder for the business. But the women in the shop also wanted to set her up with a single dad they thought she’d like.

“I said, ‘I’m not really interested in any relationships right now, and I’m trying to start up a company,’” Deb recalls. “They said, ‘Well, can you just go out for lunch or something?’

“Long story short, five months later we were married and that’s been 22 years ago.”

Soon Deb was helping Gary raise his son and daughter, 14 and 10 at the time. The couple later moved his parents into the household and helped care for them.

“We were a multigenerational family for 10 years,” Deb says. The couple now visit their four grandchildren while raising a second family of teen girls adopted from her family.

“We thought we were going to be empty nesters as far as kids, then we took on our three girls and have legal custody and are raising them. It just shows what kind of a person Gary is.”

Cartwright’s professional responsibility was serving as coordinator of the pilot plant in Schaub Hall, which developed new processes and produced value-added ingredients such as whey protein and milk protein powders for protein drinks.

“Gary came back in the 1990s as the dairy industry was consolidating to larger farms and larger processors,” says Charles “Buddy” Gaither, past president of Asheville-based processor Milkco and leader of NC State’s dairy industry committee for 15 years.

“At the time, land-grant universities were closing dairy plants and farms for budget reasons.”

“We were part of the department and we knew why we were there,” Cartwright says. “We were there to support research, teaching and extension yet had to self-fund.

“Our model had to change, and the only alternative was value-added products, and the product we had was ice cream.”

Cartwright’s vision began to take shape in discussions with new colleagues. MaryAnne Drake, who joined NC State in 2001 as director of the Southeast Dairy Foods Research Center, calls him a trailblazer, someone who was not afraid to push boundaries.

“He knew how to get things done but also went out of his way to listen and to help,” she says.

“He had his sights set on doing really big things, to be able to grow the dairy processing plant and to be able to train students to go out into industry and to help our industrial stakeholders with expertise in North Carolina dairy,” Hollifield says. “He told me about all of his plans for growth and that he wanted to have a partner and I was pretty enamored with that.”

“Literally everything that we developed from that point on was co-developed,” Cartwright says. “There’s no way you can celebrate one person’s success and assign it to either one of us, because we were just a team.”

Those in the dairy industry appreciated Cartwright’s processing experience and problem-solving skills, finding him easy to talk to and willing to lend a hand, Gaither says.

With united support from dairy processors across the state, NC State successfully pursued an exemption from the Umstead Act, this time for ice cream sales to the public on campus.

Gaither also led a fundraising drive for a new dairy education and creamery facility to be added at Schaub Hall.

Cartwright and Hollifield thought the ice cream would benefit from better branding—a distinct name with a nod to NC State.

When they came up with “Howling Cow,” some colleagues were dubious but students quickly embraced the name.

However, the recession halted fundraising and threatened the survival of the university dairy farm, the milk source for Howling Cow and a necessity for future expansion.

Cartwright made a bold request to manage the farm as part of a vertically integrated Dairy Enterprise System.

“A lot of people thought it was crazy that the dean put somebody in charge of the dairy farm that’s never milked a cow before, but I think it was good, because we looked at it with new eyes,” Cartwright says.

Farm of the Future

On the first day of the Dairy Enterprise System’s existence, Cartwright and Hollifield stood in the dairy farm milking parlor, which was in urgent need of replacement.

“Carl and I stood on that hill, looking out toward Lake Wheeler Road, and cars were just constantly going by,” Cartwright recalls. “I told Carl, I don’t know what we’re going to do to get all of this working, but we’ve been given an absolute emerald gem here.”

For help with a modern milking parlor design, they turned to experts: North Carolina dairy farmers who served as industry advisors and fundraising committee members.

“Gary said, ‘You tell me how it needs to be built,’’’ Gaither recalls. “The group not only came up with a practical floor plan but stayed within the budget.”

Two more buildings were on the horizon. The first, the Randleigh Dairy Heritage Museum, was built with the support of the Kenan family and their foundations to honor the dairy background of William Rand Kenan, who had bequeathed his herd of Jersey cows and $1 million to NC State’s College of Agriculture and Life Sciences.

The education center and creamery originally planned for Schaub Hall was relocated to Lake Wheeler Road, where building costs were lower and other dairy facilities were nearby—ideal for agritourism. The Howling Cow Dairy Education Center and Creamery, made possible by an enabling gift from the Edward Titmus family, opened on Oct. 30, 2019, a few weeks before Cartwright’s well-deserved retirement.

The day before the ceremony, Cartwright and his family were out laying sod at 100 Dairy Lane, working alongside his colleagues and their families.

The Dairy Enterprise System that Cartwright envisioned, a decade in the making, expanded the operation from less than $1 million to $3.3 million per year in 2019.

It’s designed to support students, researchers, community members and the dairy industry for years to come, while serving up plenty of Howling Cow ice cream. 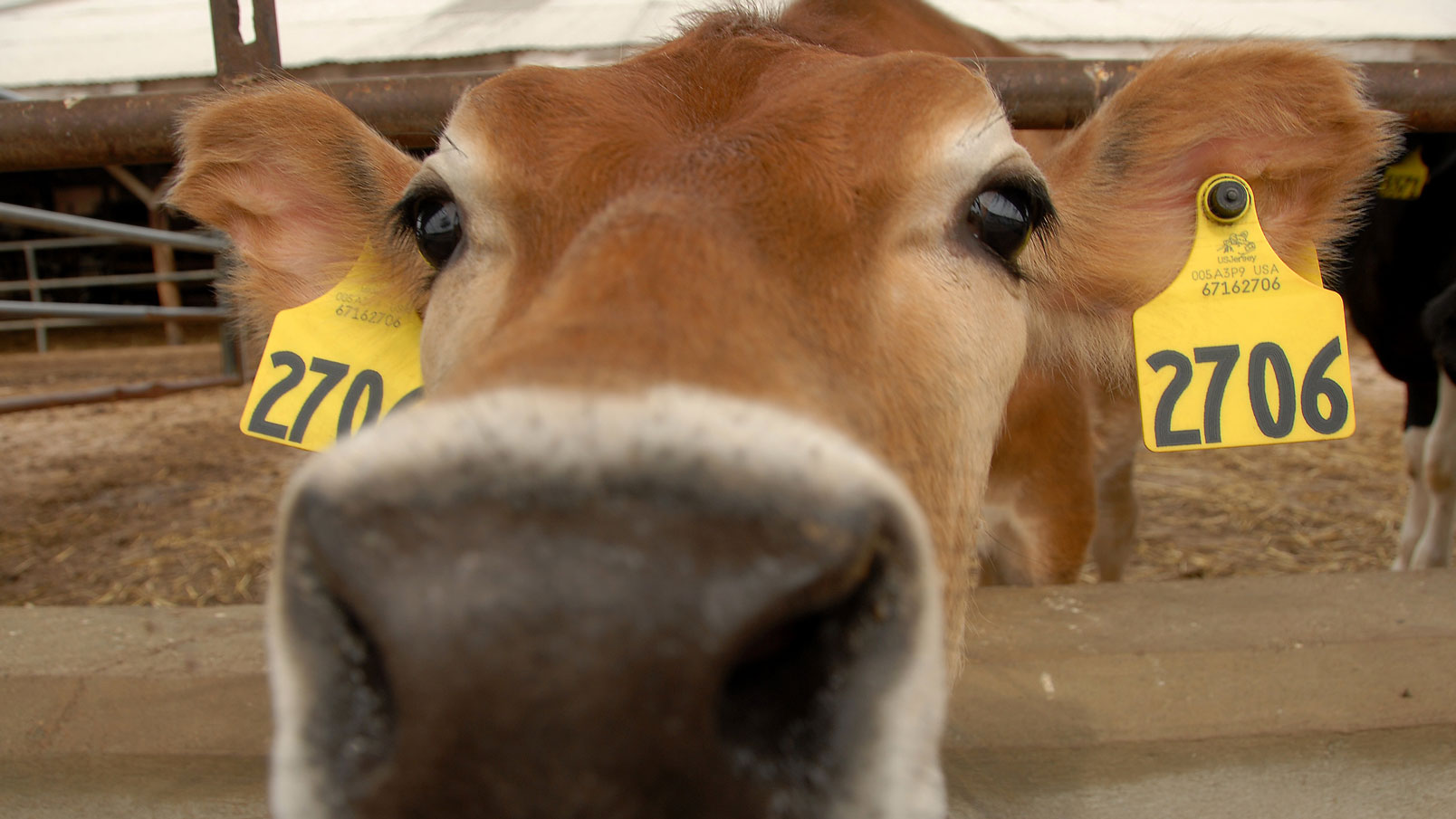 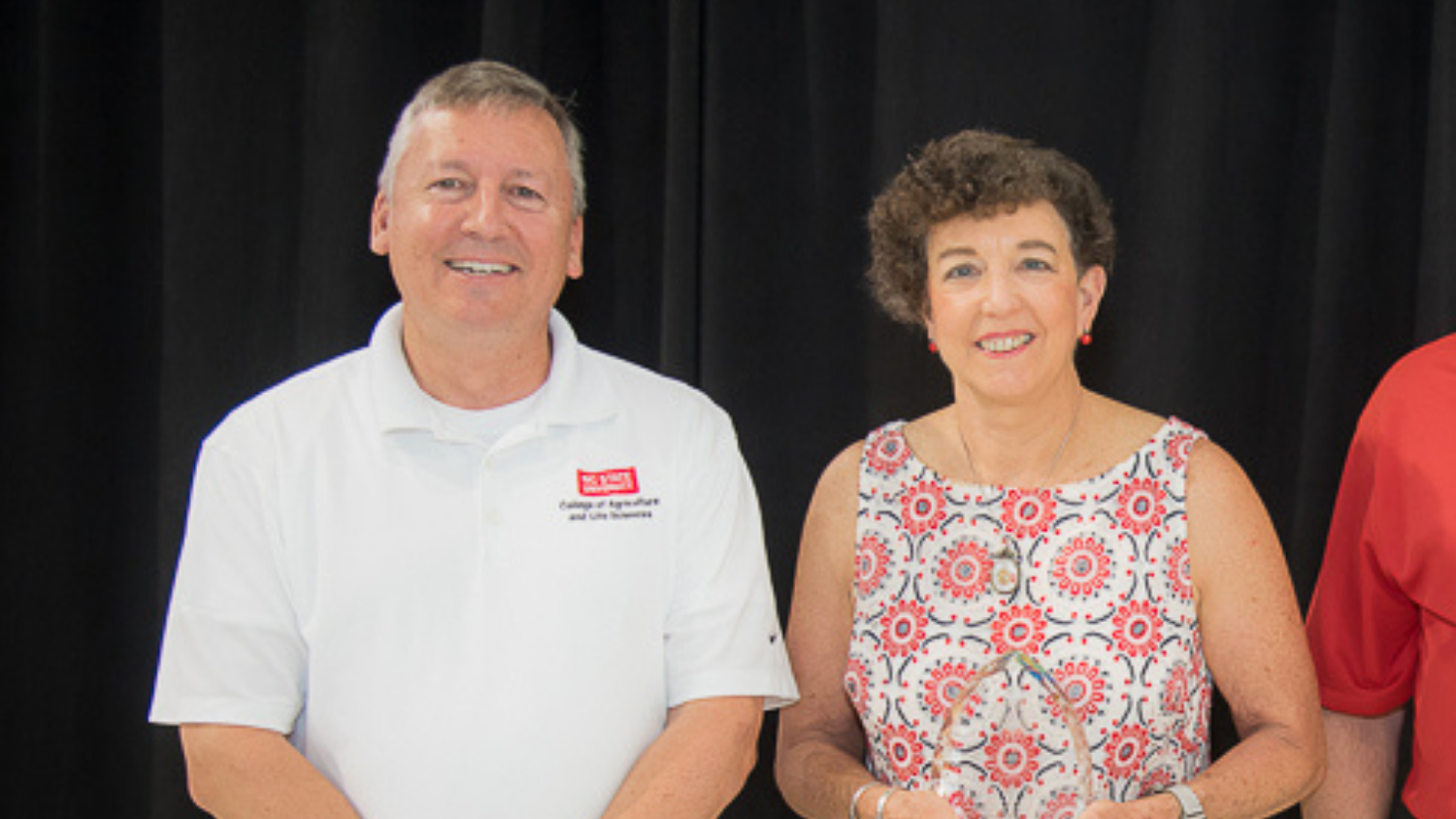 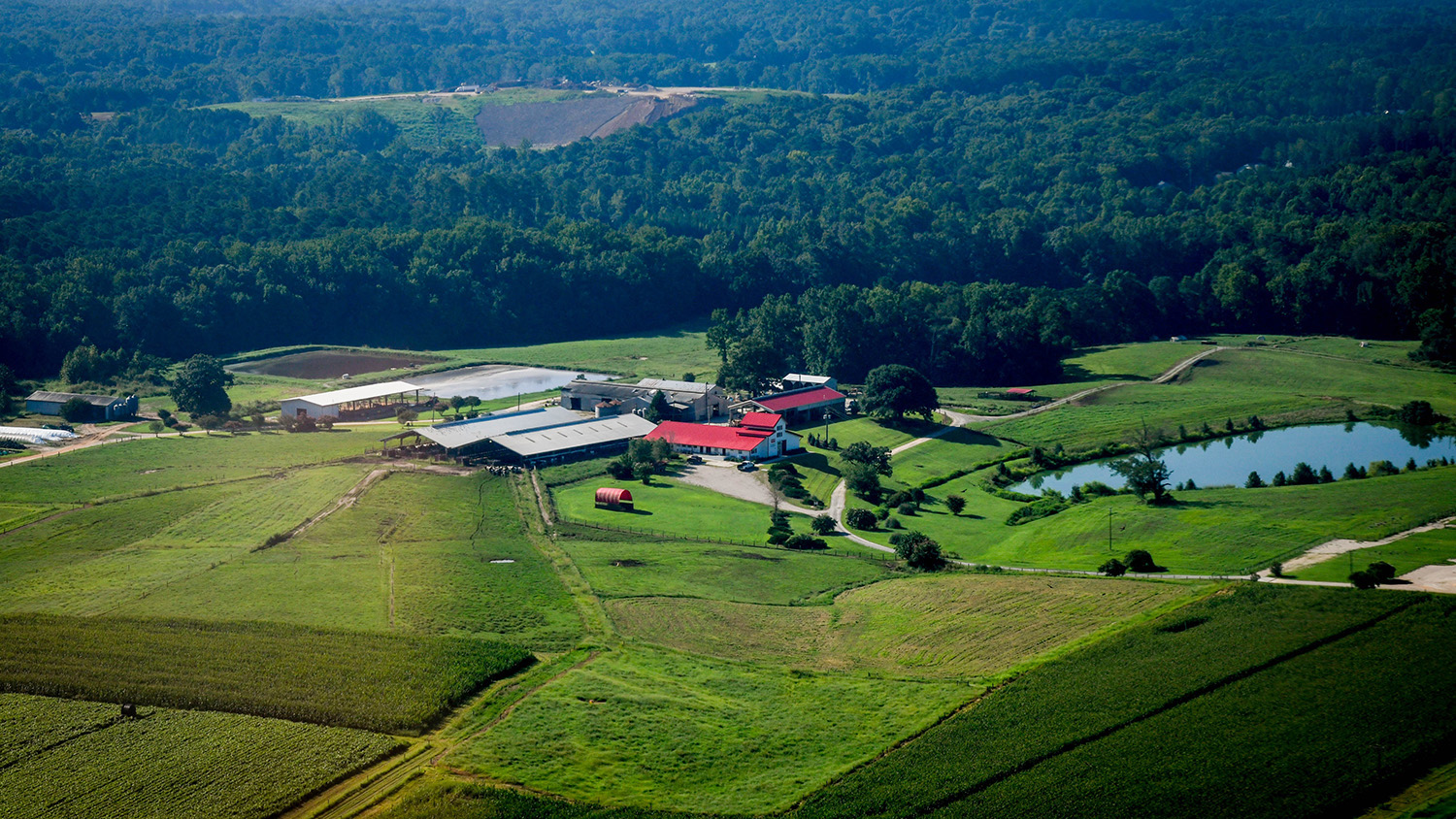