NC State Agricultural and Resource Economics Professor Edward Kick draws on big data to understand what causes inequalities among nations and the big problems that come from them.

Soaring income inequality. Starvation. Mountain-high piles of municipal waste. For NC State University Professor Edward Kick, finding solutions to these and other confounding challenges begins with a better understanding of the world system in which they occur.

Kick, of the Department of Agricultural and Resource Economics, is known in scientific circles for developing a system for classifying the power or dependency of every nation and for analyzing international networks to understand problems related to food production and distribution, nutritional status, environmental degradation and more within nations.

Kick, who has served as head of sociology departments at NC State, the University of Utah and Middle Tennessee State University, has spent over four decades pouring over data related to all nations, their relationships with each other and, most recently, their climate-influenced plant and animal communities known as biomes.

He recently discussed this research and its implications.

How did you become interested in the causes of inequality?

As a teenager, I caddied at a wealthy country club to get the money I needed to attend college. One day a wealthy member hit his tee shot into the pond on a par-3 hole. His clubs went right after the ball. He turned to his caddie and said, “Go fetch it.”

This was the Gold Coast of Chicago in the late 1960s and early 1970s, but it came straight out of the playbook of abusive power followed for millennia, from ancient Egyptian days to those of King Arthur’s Court, right through to the modern world system.

In a world of 7.5 billion people, just under a billion are hungry nearly every day, have little or no access to clean drinking water and lack indoor plumbing. Contrast that life with the probable life of the club member who tossed his clubs into the pond, or the over 2,800 billionaires in the world today.

Before COVID, there were 2,200 billionaires, and now 2,800. How did nearly 600 more get so fabulously wealthy while so many others now are suffering from food deprivation? Why does the top 20% of the U.S. population own 86.4% of America’s wealth, leaving only 14.6% of the wealth for just under 300 million remaining Americans? Why do half of the people of the U.S. have more debt than wealth?

How do you approach this research?

This research involves building closed loop models of connected causal lines. It begins with isolating sources for the big data needed to estimate the effects of biomes and positions of power in the world system on such characteristics as national political economy, industrial agriculture, national food productivity, the distribution of food, undernourishment and food waste.

I hand code matrices of networks between nations. These are ties of trade, conventional weapons of war, political treaties, and joint cultural events, such as the Olympics and national museum exhibitions. Using the statistical software program CONCOR, from the University of California, Irvine, I analyze all four of these matrices simultaneously and generate the clusters of nations that fit together based on the similarity of the nations’ ties, or absence of ties – sent or received – with all other nations.

To determine cause among the variables, I use structural equation modeling, developed by prominent quantitative sociologists Otis Dudley Duncan and Kenneth Bollen, of the University of North Carolina at Chapel Hill.

What have you found?

It’s not surprising that there is a cluster of powerful and wealthy, developed countries of the Western world, termed “the core.” There is also a cluster of much poorer developing countries that maintain their networks with the wealthy core and with regional allies; this “periphery” is made up mainly of East Asian, Latin American and African countries. Between the core and the periphery is a heterogeneous “semi periphery” – Russia and its allies from the Cold War period, the Middle Eastern oil-producers, and the most powerful countries of East Asia, Latin America, and Africa.

What we’ve found is that power leads to well-being – except when it comes to environmental outcomes, which are generally the worst for the most powerful core.

Just as a nation goes to the top of the global hierarchy due to its natural resources and world-system position and power, so, too, do people rise to the top, or remain at the bottom, due to the circumstances of their starting point at birth. Some people are born in wealthy nations to wealthy parents. The Economist and Forbes agree that in the United States, 60% of males inherit their money directly from their fathers. An even higher number work in jobs in their father’s corporations. Unfortunately, we do not have comparable figures for women.

The point I’m getting at: The power of nations and of people determines all aspects of life.

Can you say more about biomes and why they are key to a country’s power or dependency?

Biomes are large ecosystems such as tundras, taigas, grasslands, tropical forests, temperate forests and deserts. One nation may encompass one biome, or one nation (such as the United States) may have multiple biomes.

Each biome is statistically correlated with distinct natural resources that determine a society’s internal capital – its economy, polity, infrastructure, military and its power in the international community of societies. Excellent but diverse soils, forests, water, coal, oil, gold, silver, iron, temperate climate, and humidity suited to a nation’s purposes are among the factors that set the baseline for its probable successes.

You’ve looked specifically at undernourishment. Please explain what you’ve found in this area.

The production of sufficient food is irrelevant to the hunger levels of nations. The world produces more than enough food, although it wastes nearly a third of it. The solution doesn’t lie in producing more food. It is the distribution of food that matters.

For years, food experts have emphasized fears of overpopulation for the world and the necessity of producing more food, including more meat. However, the data have shown the population problem will wither away. The trend in recent decades has been toward population decline.

There will be no imminent population crisis, and the serious undernourishment problem of the world can be solved by attention to distribution issues. Generally, a country with a weak infrastructure in communications, roadways, railways and vehicles is unable to deliver food into its remote areas and suffers domestic undernourishment as a result.

Major civil conflicts can heighten these levels of undernourishment, as struggles for power replace a government’s concern over providing food to aid the starving. Before the state will bring food to those who are starving, the national political economy must be based on economic strength and attentive to people’s needs – or their voices expressing needs.

What do you think this means for creating sustainable solutions to problems related to hunger and malnutrition?

There are alternatives, but no one-size-fits-all solution, when it comes to food-aid programs. For example, it won’t work to send beef to remote populations in India where it’s not eaten for religious reasons.

However, the World Bank, the Food and Agriculture Organization of the United Nations and other sources have extensive data that tell us the types of food routinely eaten in each nation. And there are computer programs that can be used to analyze these data and find appropriate solutions that account for such factors as cultural traditions and transportation challenges.

In terms of agricultural development programs, industrial agriculture isn’t relevant to the nourishment and waste management needs of people who are in the rural periphery of the world system. The Thomas Reuters Foundation shows that about 70% of the world’s food is produced on small acreage – just one to 25 acres – with virtually no sophisticated machinery.

Not only that but research also shows that industrial agriculture has a moderately strong impact on the national ecological footprint. This is primarily a measure of a nation’s carbon production but is meant to account for all energy produced and used and waste returned to the earth.

I am afraid we often make the arrogant mistake of believing that if only others could be like us, they could be rich, too. Unfortunately, most of the world cannot be rich due to inheritance practices and the fortunes of birth that determine everyone’s life. Moreover, there are many who, in fighting for the successful marketing of their products, are simultaneously fighting for measures that damage the environment and accumulate waste.

What do you hope comes from your research?

I hope that it opens others’ eyes to the sad and inequitable state of people around the world, so that the present generation may instruct their families and others the need for a less superficial understanding of the human condition. I hope they are motivated to do something about it. I hope they challenge what is with what ought to be.

There are signs that such challenges are being raised. I’ll give you a recent example: Davos 2020, also known as the World Economic Forum, agreed with this platform. It appears ironic, given the fact that summit draws leaders representing the wealthy of world, but speakers talked with passion about concerns such as economic inequality, food consumption and availability, and the environment.

Understandably, there is cynicism about what has been called the WEF’s “great reset,” and I am among those who question what is behind it. Still, I mention it because I think it is essential to be having these conversations and to push for the kind of action needed to improve the human condition, not just for some but for all the world’s people. 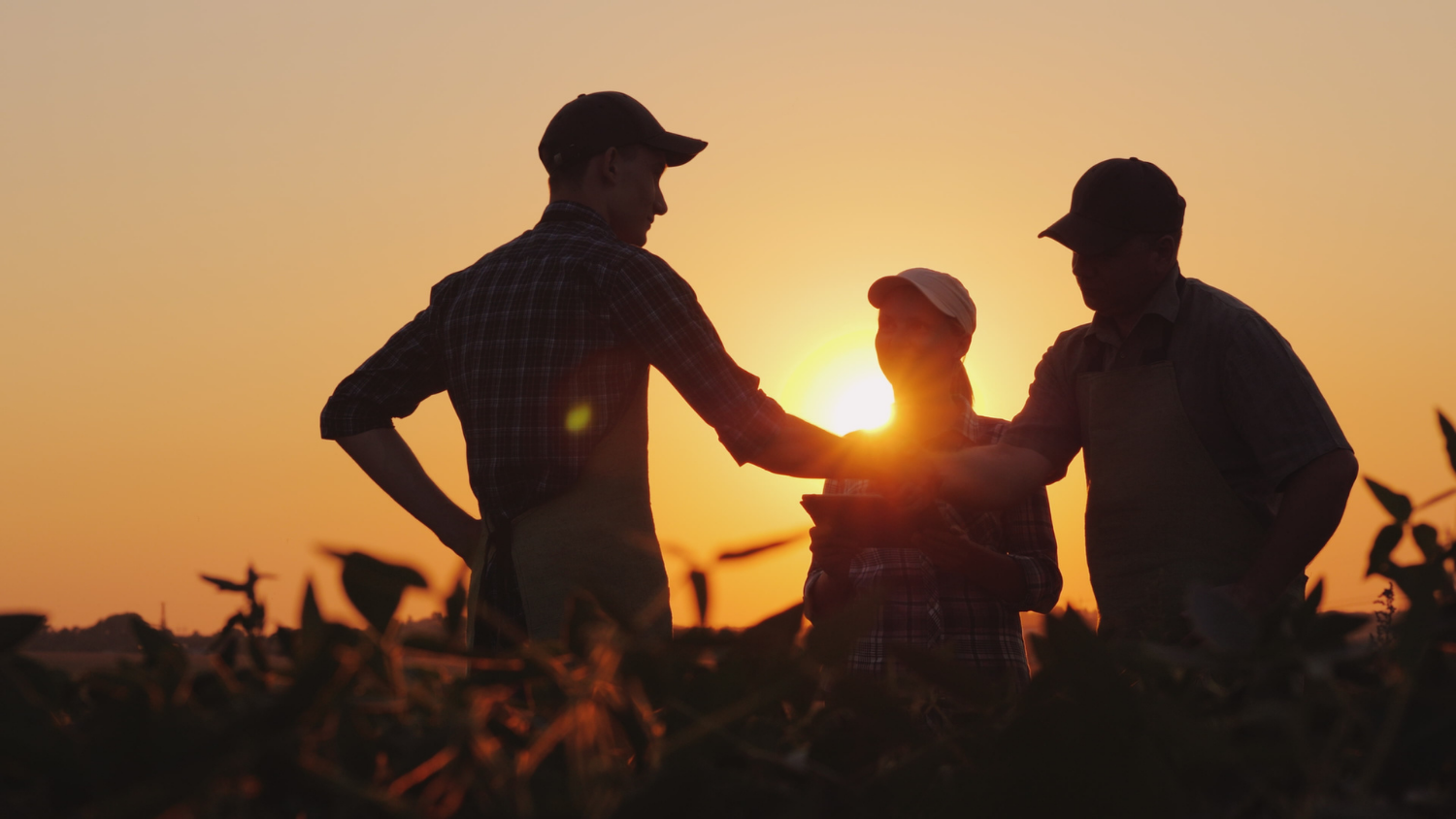