The NCSU Tobacco Agronomy Research Team along with a handful of North Carolina Extension agents recently attended an international tobacco conference. One of these conference delegates was crop science graduate student Cara Ruth Pace. Cara attended the conference not only as a team member, but also to learn how tobacco production is managed in Brazil and other countries. 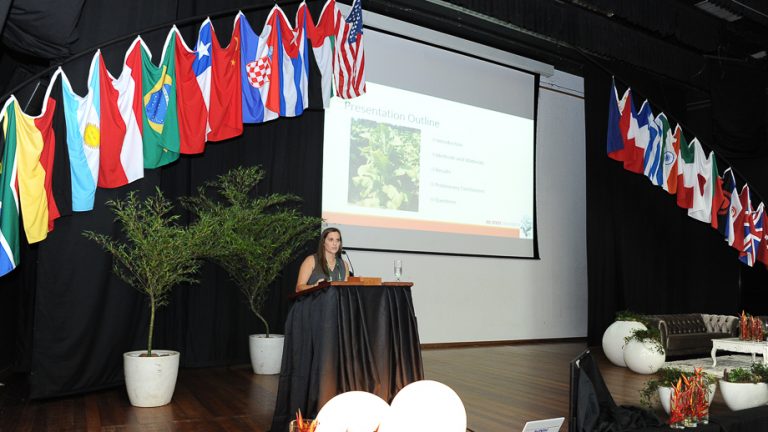 The CORESTA Agro-Phyto Meeting was hosted in Santa Cruz do Sol, Brazil, however, past meetings have been hosted in a number of countries around the world. Cara explained that several members of the team presented research at the conference and all were able to listen to other presentations to learn about new research conducted across the world. They were able to see some on-site presentations, as well.

From the U.S. to Brazil, Cara was able to connect one way of doing things to another. And from farm to university, Cara was also able to visit other exciting establishments.

“We also toured some research farms while there, which was really neat to learn about what kinds of research they are interested in and how it relates back to our research team here.”

My family grows tobacco in North Carolina, so I was really interested to meet farmers and hear about their growing season and what challenges they might face.

Through her entire experience in Brazil, Cara expressed that it was the farm tours that were her favorite part. They were incredibly intimate experiences that were prompted both by the team’s visit to Santa Clara do Sol as well as by the conference itself.

“My family grows tobacco in North Carolina,” Cara explained, “so I was really interested to meet farmers and hear about their growing season and what challenges they might face.”

There was one visit in particular that remains a highlight for Cara, and one that made her feel right at home despite being so far away from it.

She said, “I remember on one farm we visited, the farmer was a little worried because there had been some bad storms the week before, but one of his fields that was not part of the tour wasn’t damaged. He didn’t speak much English but he pulled a translator over to explain to me that his tobacco looked very good and wanted to show off his pretty tobacco field. And that made me feel like I was at home. Regardless of location, farmers always take pride in their crop and their work and even a language barrier won’t stop them from showing that off.”

Language barriers and country borders cannot stop a farmer’s pride, and this special connection Cara has made with Brazil not only allowed her to gain a greater understanding of tobacco and its production, but it has bridged a gap between her field and those she toured. We’re excited to see what Cara accomplishes in crop and soil sciences, and we look forward to what her international insight can bring to the fields here in North Carolina. 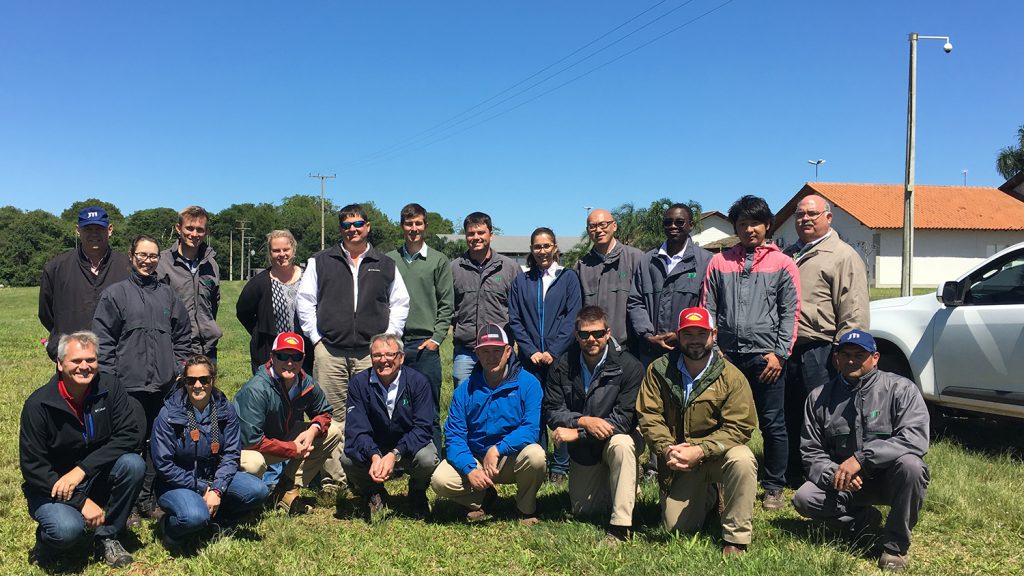 An interview with Diego García, a student of Zamorano University in Honduras currently working on an internship at NC State. He is conducting research at the NCSU-affiliated North Carolina Research Campus in Kannapolis, North Carolina.

I AM CALS: Rick Brandenburg Serves Farmers in N.C., 50 Countries

After 38 years, an expert on pests in peanuts and turf finds international work more rewarding than ever.