“Aquatic weed management is unique because we work in three dimensions instead of two,” said Rob Richardson, NC State Department of Crop and Soil Sciences’ professor of aquatic weed management. “Most terrestrial sites like crops or turf are managed by area. But in water, you have to account for volume and flow.”

“Water is a precious resource. Anything that limits water availability or changes the ecosystem balance is significant,” Richardson said. “In natural systems, aquatic weeds can interfere with our native plants and wildlife. In North Carolina, we have rare species that could be diminished or displaced by invasive weeds.”

NC is home to over 240 species of freshwater fish, 57 of which are state or federally listed for protection. Rare native species occur in familiar NC water bodies and include more than fish. Five rare species found in the Neuse and Tar-Pamlico river basins include the Tar River Spinymussel, Yellow Lance, Dwarf Wedgemussel, Carolina Madtom, and the Neuse River Waterdog.

“In large aquatic systems, every weed we deal with is a non-native species. Hydrilla is one of the most common and problematic aquatic weeds that we have across the state. It’s a rapidly spreading non-native plant that can shade out native vegetation and habitat.” 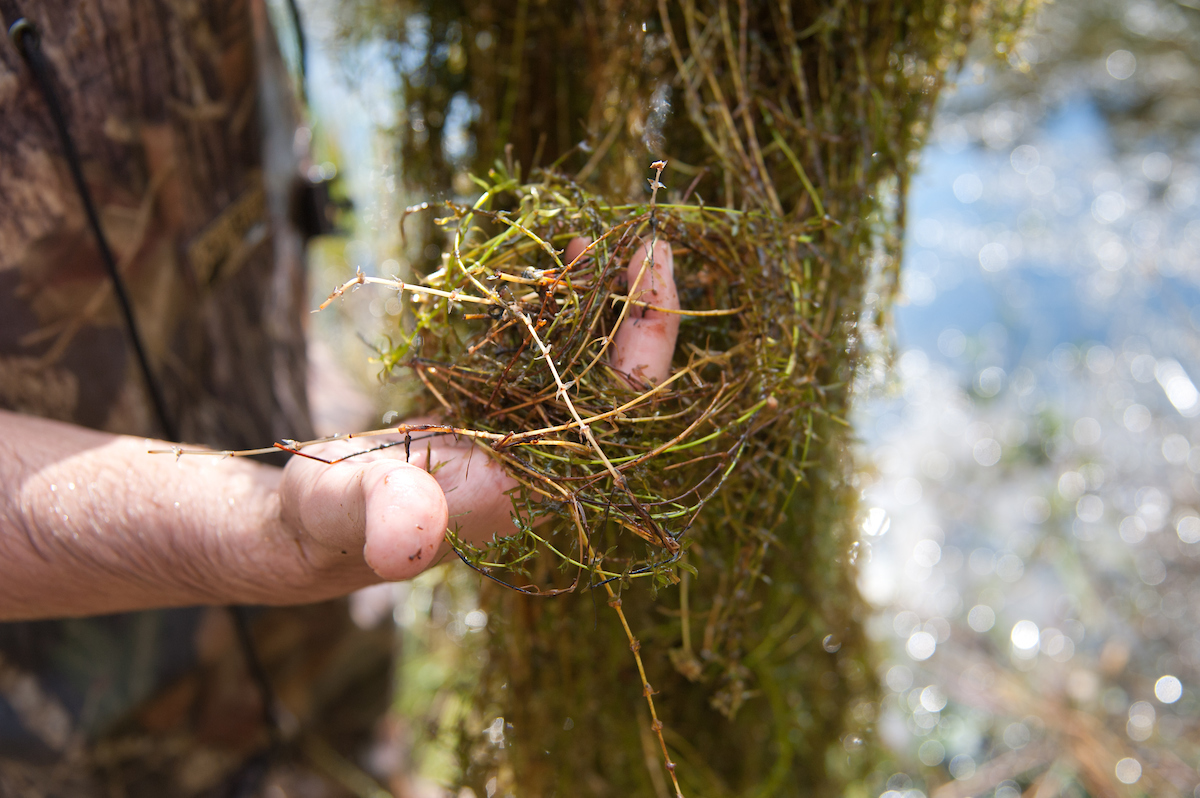 Staying On Top Of Hydrilla (And Others)

Invasive weed species can be effectively managed, but elimination is fleeting. Invasive plants can rapidly reproduce from tiny fragments and be transferred between water bodies by boats or wildlife. And in a troublesome turn, weed species also adapt to new environments over time. 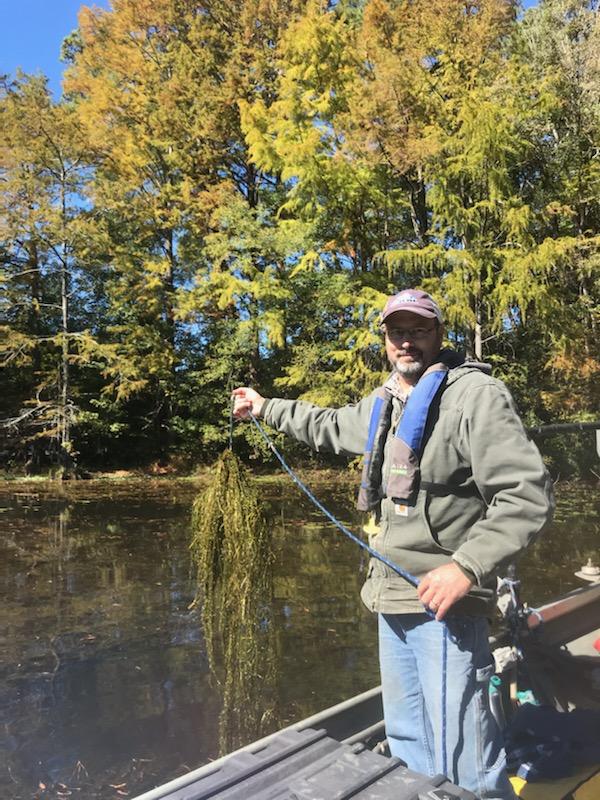 “Initially hydrilla was primarily found in slow-moving waters, ponds, but over time it has moved into systems with more water disturbance.”

Richardson says that we now have hydrilla in several NC river systems, like the Eno and Cape Fear Rivers, which is extremely problematic because rivers are far more difficult to manage than ponds or still water.

“That’s part of our current research. We’re working to identify the biology and phenology of hydrilla in rivers and to determine which management techniques could be effective with minimal environmental impact. But rivers are tough because we have fewer options than in a reservoir system.”

Another non-native weed, giant salvinia, once thought eradicated in NC, has made a reappearance in southeastern NC. Richardson’s group is working with state agencies to refine the salvinia management programs.

Richardson’s group faces one common challenge in their research: access to remote areas on a routine basis. His group is using unmanned aerial vehicles (UAVs) to monitor waters, and in some to cases apply treatments.

“UAVs are handy for getting quick imagery of sites, so it can be extremely helpful for identifying weeds like giant salvinia. It’s a floating plant, so you can fly over and get imagery much faster than by boat.”

His group is researching both aquatic weed image processing and weed treatment application by drone.

“The main benefit is the quickness or the randomness with which you can do an application. If you’re talking about spots of weeds in hard-to-reach areas, it’s much more efficient to access from the air than from the ground or water.” 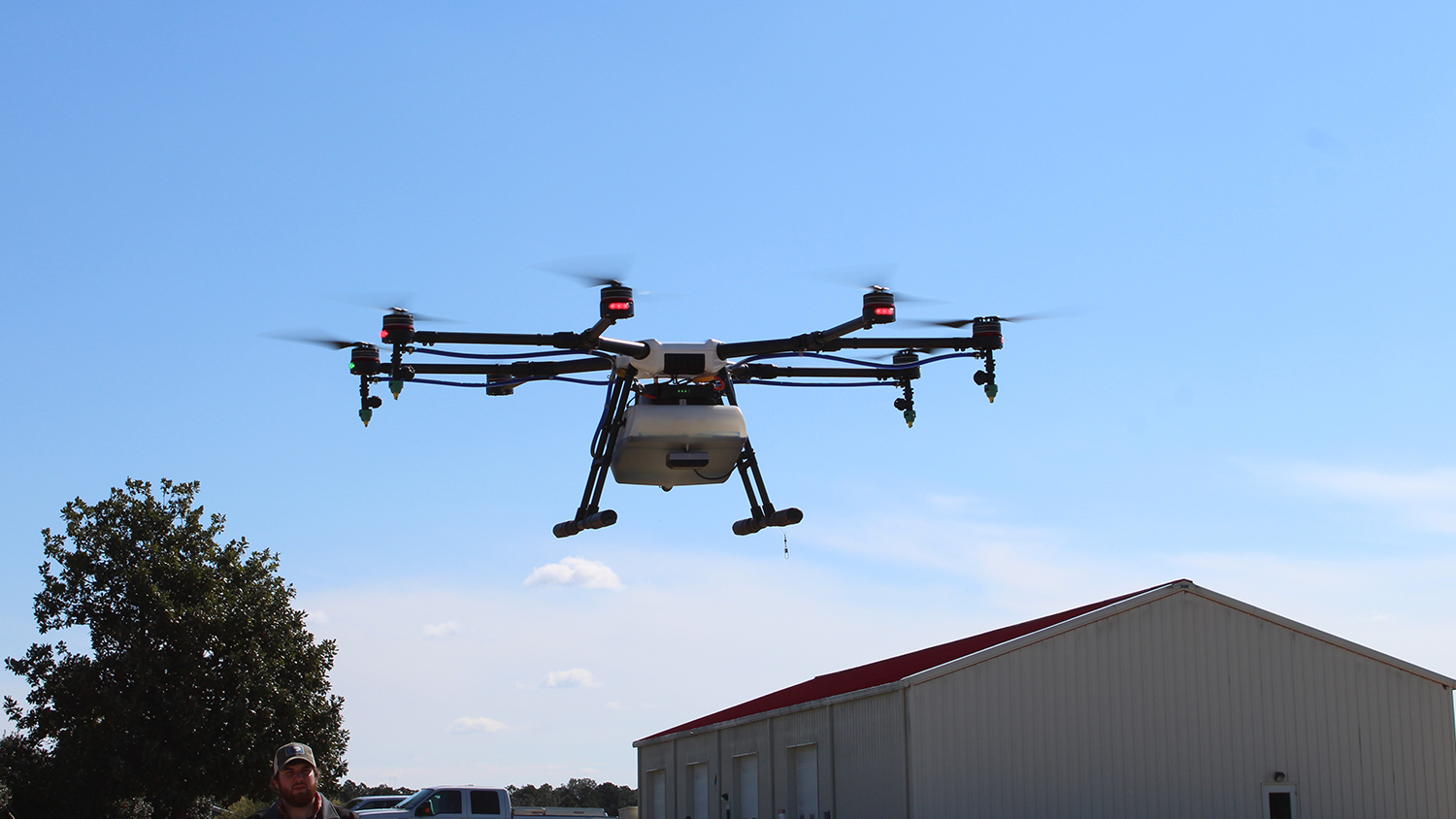 In his nearly two decades of research at NC State, Richardson has supervised 20 graduate students who also benefit from the new aquatic weed science Professorship.

“The support from Bill Culpepper has been extremely valuable to this program. It’s allowed many graduate students to expand their research inquiries, present their work at professional conferences, and interact with industry partners. It’s vital to our graduate training.”

“Research scholarship is a keystone to advancing science,” said Jeff Mullahey, head of NC State’s Department of Crop and Soil Sciences. “We are deeply appreciative of Bill Culpepper’s transformative gift supporting our aquatic weed science program and delighted to see Dr. Richardson’s work elevated by it.”

If you are a student interested in crop or soil sciences, investigate our undergraduate and graduate degree programs, including deep dives into our two soil degrees and turfgrass program. Then join us for a guided email tour of our department and university.

Advancing careers through advanced research is just part of how we are growing the future.