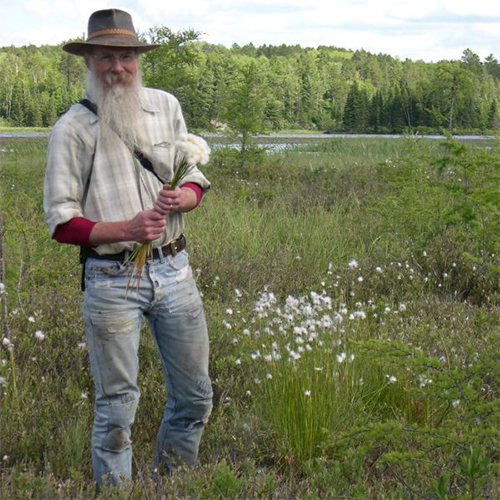 Recipient of the Purple Baculum at the 90th annual meeting of the American Society of Mammalogists at the University of Wyoming, June 2010 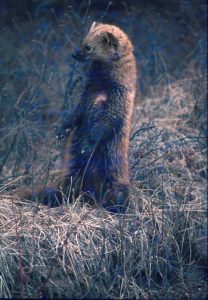 Over the past 50 years, my research has emphasized how limiting resources affect animals. I have learned that the energy budgets of fishers (Pekania pennanti) are interdependent with their foraging choices and their sexual dimorphism in body size. Fluctuations in small mammal populations cause weasel (Mustela spp.) populations never to have stable age distributions or survival schedules, affect sexual dimorphism and mating patterns of weasels significantly, and allow the coexistence of more than one weasel species. Productivity and patchiness of food explains whether black bears (Ursus americanus) defend territories or tolerate home range overlap and changes in productivity of food can affect intrasexual territoriality in a range of mustelid species. Tunnel systems, and not food, appear to be the limiting resource for woodland voles (Microtus pinetorum) and the low availability of tunnel systems delays dispersal in young voles, leading to cooperative breeding.

While learning these lessons, I have held a frightened fisher by the tail, have had a weasel urinate on my head, have watched a mother black bear nurse her cubs in their den, and have spent too many hours in front of a computer monitor. In the end, I still do not know what I want to be when I grow up. 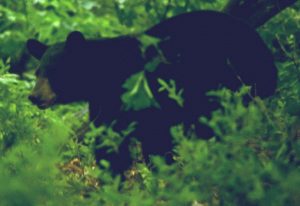 During the past 2 decades, my field research has emphasized animals’ home ranges and spacing: how animals space themselves on a landscape, depending on the home ranges of other individuals and on the distributions of pertinent resources. I now envision animals living in a fitness landscape where habitat value at each place is the potential contribution of that place to an animal’s fitness. From 1981 through the early 2000s, my field research emphasized black bears. Over that time, my graduate students and I developed approaches to estimating fitness landscapes. Our approach and results can be applied widely and generalized to other forest animals. In 2009 I began multifaceted research aimed at applying these approaches to fishers (an instance of back to the future). The fisher research includes the reintroduction of fishers to the northern Sierra Nevada in northern California. I still do not know what a home range is but am convinced that animals continue to give us us clues. Studying my own home range has provided me with important insights.

I continue to study weasels and their kin through cooperative research with Dr Carolyn King at Waikato University in Hamilton, New Zealand, and through new modeling work and analyses.

My research has led to diverse applications through state wildlife agencies, the USDA Forest Service, the US Fish & Wildlife Service, and the National Park Service.

Students in the graduate program at NCSU have demonstrated their potential for graduate work through strong backgrounds in biological and other sciences from their undergraduate or MS programs and through good GRE scores. I have a personal preference (not hard and fast) for students with broad backgrounds including interest in the humanities, languages, and math beyond calculus. Since becoming Professor Emeritus, I do not spend sufficient time on campus to give MS students the advising they deserve and, therefore, I consider new PhD students only.

My most recent graduate students have been: 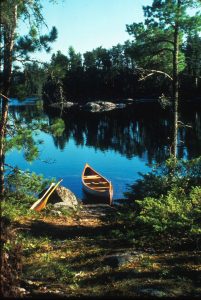 Ecology and Conservation of Mammals, a field course taught occasional summers at the Wilderness Field Station of Coe College (formerly administrated by the Associated Colleges of the Midwest). This field station takes advantage of the adjacent Boundary Waters Canoe Area Wilderness for biology and other courses relevant to the wilderness setting.

Evolution and Natural Selection, a reading course taught occasional semesters through North Carolina State University and, recently, the University of Minnesota at Duluth.