In its long list of international accolades, Julia Kornegay’s resume includes an unusual line: Her quick action during the Rwandan genocide in 1994 catalyzed a collaboration that helped prevent famine and save lives.

The project, Seeds of Hope, warded off a second disaster by providing seeds from Rwanda’s six most important crops to farmers who returned from the conflict to find their harvest gone and their seed stock decimated.

Colleagues say this forward thinking is characteristic of Kornegay, now a professor and director of graduate programs in NC State University’s Department of Horticultural Science.

“[She] is very passionate and resolute when she sets her eyes on a goal that is close to her heart,” said longtime colleague Robin Buruchara, director of the Pan-African Bean Research Alliance and the regional director of the International Center for Tropical Agriculture (CIAT) Africa.

Kornegay is the 2016 recipient of the Outstanding International Horticulturist Award from the American Society for Horticultural Science. The award is given to practitioners who have made “outstanding and valuable” contributions to international horticultural science, education, research and outreach for at least a decade.

Kornegay’s career spans continents, criss-crossing from Colombia to Africa to Miami – and now, to her office in Kilgore Hall off Hillsborough Street.

“She has a long-term and deep understanding of agriculture around the world,” said Irvin Widders, who works with Kornegay in his role as director of the US Agency of International Development’s Feed the Future Innovation Lab.

Kornegay’s resume is stacked with awards and achievements. A short selection: She serves as a member of the Board of Agriculture and Natural Resources at the National Academy of Sciences. And she founded the Pan-African Bean Research Alliance, a consortium of regional bean research networks that address food security, income generation, health and empowerment of rural communities across the continent.

“I’ve never been afraid to take a risk or contribute if I can,” Kornegay said.

After earning her Ph.D. in plant breeding from Cornell University, Kornegay was hired by CIAT and quickly rose in the ranks: from post-doctoral fellow to leader of the Bean Program. There weren’t many women in leadership roles at the time, but Kornegay never had a problem.

“I guess I’ve always been a take-charge person,” Kornegay said.

Then, in 1994, the Rwandan civil war boiled over. Kornegay had traveled to the country not long before the massacres began; a pipe bomb had exploded in a bar by her hotel.

“It was a terrible, terrible time,” Kornegay said.

Beans were a staple of the local diet, served three meals a day. Kornegay’s breeding program was supplying the Rwandan national program with bean lines and crosses made with their local varieties. She knew that Rwanda’s local crops were unique to their environment and that many bean varieties would not grow in Rwanda.

Kornegay and her colleagues at CIAT reached out to international funding agencies to create the nonprofit Seeds of Hope. As the conflict raged and farmers fled, they teamed with neighboring countries to help multiply Rwanda’s crops. The goal was to have large quantities of seed available for distribution by international relief agencies when the farmers were able to return home.

“It was as successful as you can call something after a tragedy,” Kornegay said. “I think we helped stave off further hunger and got farmers back into their fields and producing.”

Kornegay, who smiles often, is solemn as she tells the story. Since Rwanda, the program has  been mirrored in other countries after major disasters.

“So I came back to my home department…”

Kornegay’s career since has remained unpredictable. She and her husband turned a South American coffee plantation into a tropical flower farm. After leaving CIAT, she spent six years working at Fairchild Tropical Botanic Garden in Miami.

She returned to CALS first as head of the Department of Horticultural Science, then as professor and director of graduate programs in 2011. She has developed her own research: breeding zinnias and examining cut flower production practices. It’s full circle to the floriculture she first studied as an NC State undergraduate, at the school where she now teaches. 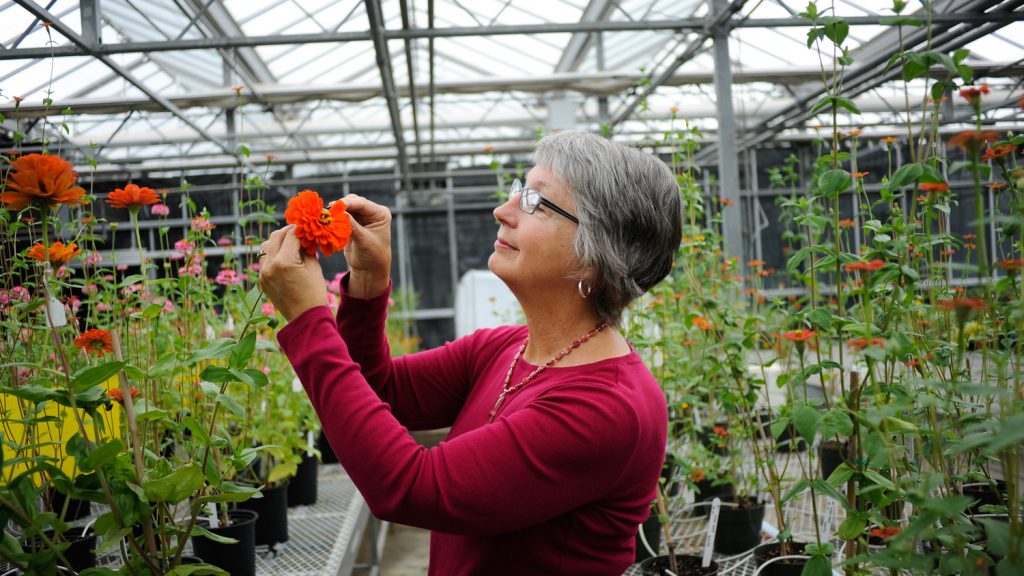 Though Raleigh is her home base, Kornegay still travels widely. She recently returned from a trip to Uganda and Mozambique to review bean trials, and earlier in the year she attended the Global Legume Conference in Zambia.

Her colleagues call her, first and foremost, a “true horticulturist” with a heart for the world.

“It’s obvious that she loves plants,” Widders said. “But she’s also committed to seeking ways through agricultural research and training to improve the lives of people with challenges like food security and nutrition.”

The economics world is vast, yet a few topics tend to dominate the discussion. What are some other key aspects of economics, and how do they affect you in everyday life?