When Lee County Horticulture Extension Agent Minda Daughtry decided to make agriculture her life’s work, the reactions she got often surprised her.

“People told me I couldn’t do it,” Daughtry said. “I’ve heard from a number of women who also were told, no, this isn’t for you.”

In March, N.C. Cooperative Extension in Lee County launched “Reshaping the Landscape: Women Impacting Lee County Agriculture.” The monthly series of articles and videos will profile Lee County women in a variety of agriculture-based roles, from Tina Gross, co-owner of Gross Farms and president of the North Carolina Agritourism Networking Association, to J.J. Faulk (pictured above), an agricultural entrepreneur whose J.J.’s Place store just expanded to a second location. The stories will run in the Sanford Herald on the third Wednesday of each month through November, as well as other regional and statewide media outlets that are showcasing the series. 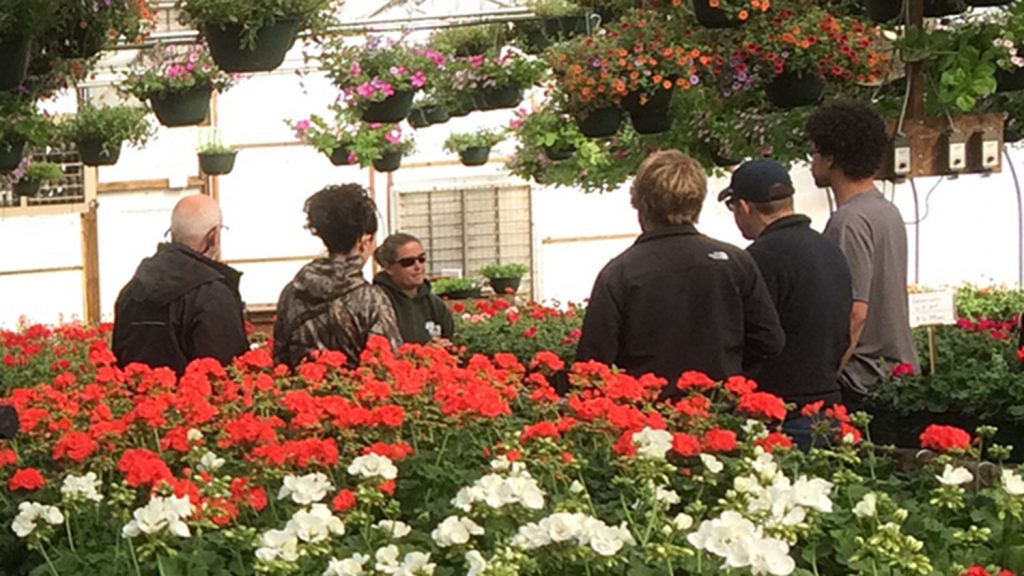 The goal of the project is to highlight the impact of Lee County’s women in agriculture, and to gather insight on Extension’s ever-evolving role in supporting area growers.

“What we hope to determine from these stories is where the gaps are and how Extension can support these women as they play an increasingly prominent role in agriculture,” Stone said. “Their challenges may be different than a male in the industry.”

Over the past 30 years, the number of women-operated farms increased substantially, according to a report issued four years ago by the U.S. Department of Agriculture using the most recent census data available. Women operated 14 percent of all U.S. farms in 2007, up from 5 percent in 1978. In North Carolina, 27 percent of farmers are now women.

The Lee County Extension office itself stands on the shoulders of a woman involved in agriculture: the land and some of the funding for the Lee County Agricultural and Extension Center was donated by Ruby McSwain, one of North Carolina’s most influential female philanthropists. She was a garden and horticulture enthusiast, as was her husband. Among their businesses were florist and greenhouse operations in Lee County.

Daughtry herself managed to earn her masters degree in Agricultural Education (Professional Service) while working full time and raising three children. The naysayers, she said, only made her more determined. She sees that same kind of grit in her female colleagues, many of whom have similar stories.

“The ricochet effect of their dedication means they have a positive impact not only to their operation and family, but straight through to the local economy,” Daughtry said. “It’s the story of the triple-strand rope being so much stronger. That’s what these women do. They make us all stronger.”