Growing up alongside the plants in his parents’ greenhouse business, Cary Rivard knew exactly what he wanted to study in college.

Plant pathology was a no-brainer for Rivard, but it wasn’t until an internship at the Center for Environmental Farming Systems and a serendipitous pairing with plant pathology professor Dr. Frank Louws that cemented his interest in vegetable production and led to a ground-breaking research project.

Rivard, a freshly minted doctoral graduate of the Department of Plant Pathology in the College of Agriculture and Life Sciences, conducted an accomplished research program in tomato grafting, a propagation method that involves the attachment of two halves of different plants to make a whole, new plant. The rootstock (below-ground portion of a plant) is selected for its ability to resist disease, and the scion (above-ground portion) is chosen based on fruit quality. Grafted together, they form an ideal plant.

Rivard’s work in tomato grafting earned him a first place prize in the university’s Graduate Research Symposium last year. More important, his research program with Louws played a key role in jump-starting the use of tomato grafting as a propagation method in the United States.

“At the time that Dr. Louws and I started our work on the grafting project, there were very few people grafting tomatoes in the United States,” Rivard says. “Most thought it wouldn’t work or that it wasn’t economically feasible for production.

“But in Asia and Europe, the practice of vegetable grafting has been progressing since the 1940s and 1950s,” he says. “Now, a large portion of vegetable production in those regions uses grafted plants.”

Louws attributes the low use of grafting in this country to the development of simple chemical-based soil treatments such as fumigation with methyl bromide.

But as the U.S. Environmental Protection Agency places continued restrictions on the use of soil fumigation, the method soon will disappear.

“As methyl bromide is phased out, there is a heightened and critical need for alternative tactics, and grafting has promise to play a prominent role in managing soilborne pathogens,” Louws says. “Another trend has been the emerging market for organic tomatoes, particularly those that can be distinguished in the market, such as heirloom tomatoes.”

These lines typically do not have genetic resistance to the soilborne pathogens that thrive in the Southeast, Louws says. Organic growers also are under economic pressure to maximize returns on their best land, and this decreases their ability to have long crop rotation programs as a tactic to manage soilborne pathogens.

So, Louws says, “grafting tomatoes is a strategy whose time has come in both the conventional and organic production systems.”

However, one large obstacle to the widespread practice of tomato grafting is the expense.

“These transplants can cost anywhere from three to five times as much as non-grafted ones,” Rivard says. “The issue we face isn’t efficacy. It’s economic feasibility.”

Despite this, commercial production has been gaining steam in the United States over the last two years, Rivard says.
Through workshops, presentations at conferences throughout the Southeast and one-on-one consultations with growers, Rivard has been on a mission to help make grafting feasible.

“Many of our local farmers are interested in propagating their own grafted plants for economic and logistical reasons,” he says. “I’ve had a lot of calls from growers this spring who are grafting their own tomatoes, and I really enjoy helping them work through their problems. It’s especially gratifying to hear back when a particular method has worked.”
Rivard and Louws say they believe that the benefits of grafting tomatoes outweigh the cost.

“Growers can focus on growing a tomato crop that meets the specialty demands of their market, whether direct sales or wholesale,” Louws says. “They also can focus on managing their site or field specific problems by selecting rootstocks that offer plant disease control or enhanced fruit quality and yields.”

The environmental benefits of vegetable grafting also are profound, as the biologically-based method replaces one that is chemically-based.

Rivard hopes to continue work in vegetable grafting and says he feels fortunate to have landed at N.C. State.
“This has been an incredible experience,” Rivard says. “I’m probably one of the luckiest students around, to have gotten to work with Dr. Louws, as well as numerous others during my graduate work.”

Louws returns the compliment, saying “Cary is a well-rounded student who has a broad and deep scientific background complimented with common sense and practical agricultural experience.

“Thus, he has been able to manage field-based projects, work well with growers in on-farm-research projects, conduct advanced science experiments in the lab and very importantly, translate the information to growers, students and other clientele in a way they understand and can use it.”

What’s next for Rivard?

“I’ve applied for a few academic positions, such as Extension specialist, but I’m very interested in teaching, too,” he says. “I find that although these areas have completely different audiences, the overall goal is the same.

“And that’s what I enjoy the most,” Rivard says. “Being able to look at data and pull something meaningful from it, whether it’s a grower recommendation or a theoretical concept delivered in the classroom.” 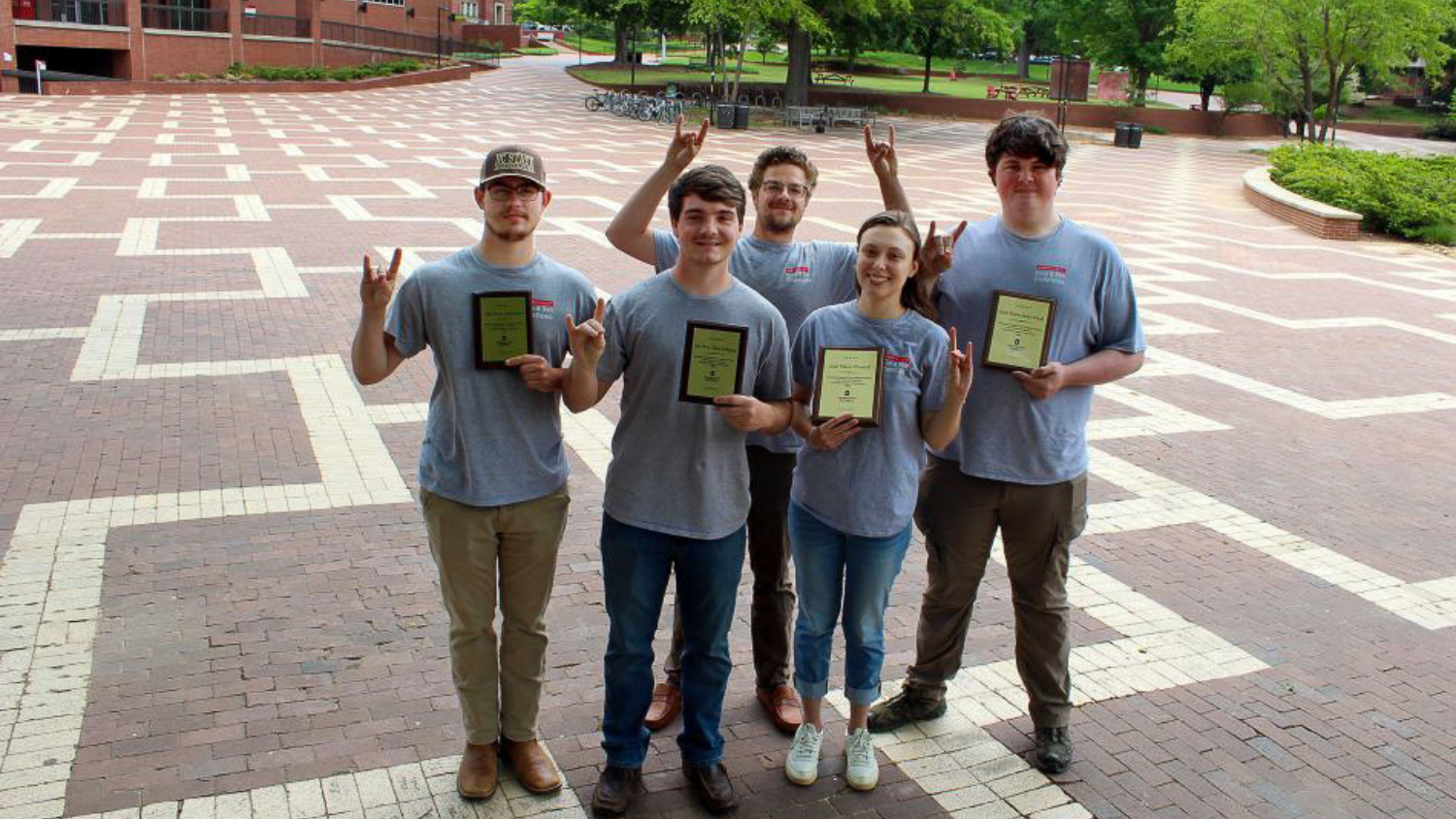