Last spring, College of Agriculture and Life Sciences student Alex Blanchard was prepared to graduate with a bachelor’s degree in poultry science but realized she wanted a second degree.

“I had an animal science minor and a few classes under my belt that would transfer to the animal science major,” says Blanchard. Lynn Worley-Davis, undergraduate coordinator in the Prestage Department of Poultry Science, made it happen for Blanchard. She returned in Fall 2020 to complete her animal science degree.

Before coming to NC State University, the Trinity, North Carolina, native always saw herself working in the agriculture or animal industry. In high school she was introduced to both while being an active member in FFA.

“We had a barn on campus, and I was involved with the dairy steers and dairy goats,” Blanchard says. She also worked with chicken as part of several FFA projects. When it came time to apply for college, she knew she wanted to study agriculture or animals.

“Since I was little, I had always wanted to be a vet,” Blanchard says. “NC State was the perfect fit with the agriculture piece and having the vet school.”

Blanchard applied as a poultry science major. When she arrived on campus, she admitted there was culture shock.

“It’s a big difference coming to a school where you’re surrounded by 45,000 other people, but CALS and the poultry science department made me feel at home and that I wasn’t just a number,” Blanchard says. “When I came to NC State and was exposed to the ag classes, I really got that family feel. It was very heartwarming and it really did feel like home. I was accepted, comfortable and wasn’t afraid to ask questions or ask for advice.”

While at NC State and prior to the COVID-19 pandemic, Blanchard enjoyed showing beef cattle at the NC State Fair. She also worked at the Animal Science Club Milk Booth at the fair to educate the public about where milk comes from.

“That was probably the highlight of my college career because I got to work with beef cattle, which is what I want to do post-graduation,” Blanchards says.

And although Blanchard never imagined being in school for five years, the extra year has been worth it. Instead of one degree, she’ll walk away with two.

“This extra year … has opened my eyes to all the possibilities that are really out there, and it’s just up to me to decide which direction I want to go in. It’s made me appreciate all the opportunities that NC State has given me.”

Upon graduation, Blanchard plans to take a year off to work full time at a veterinary hospital before coming back for graduate school, where she hopes to focus on bovine or beef reproduction physiology. She’s also open to a Ph.D or a doctorate of Veterinary Medicine. 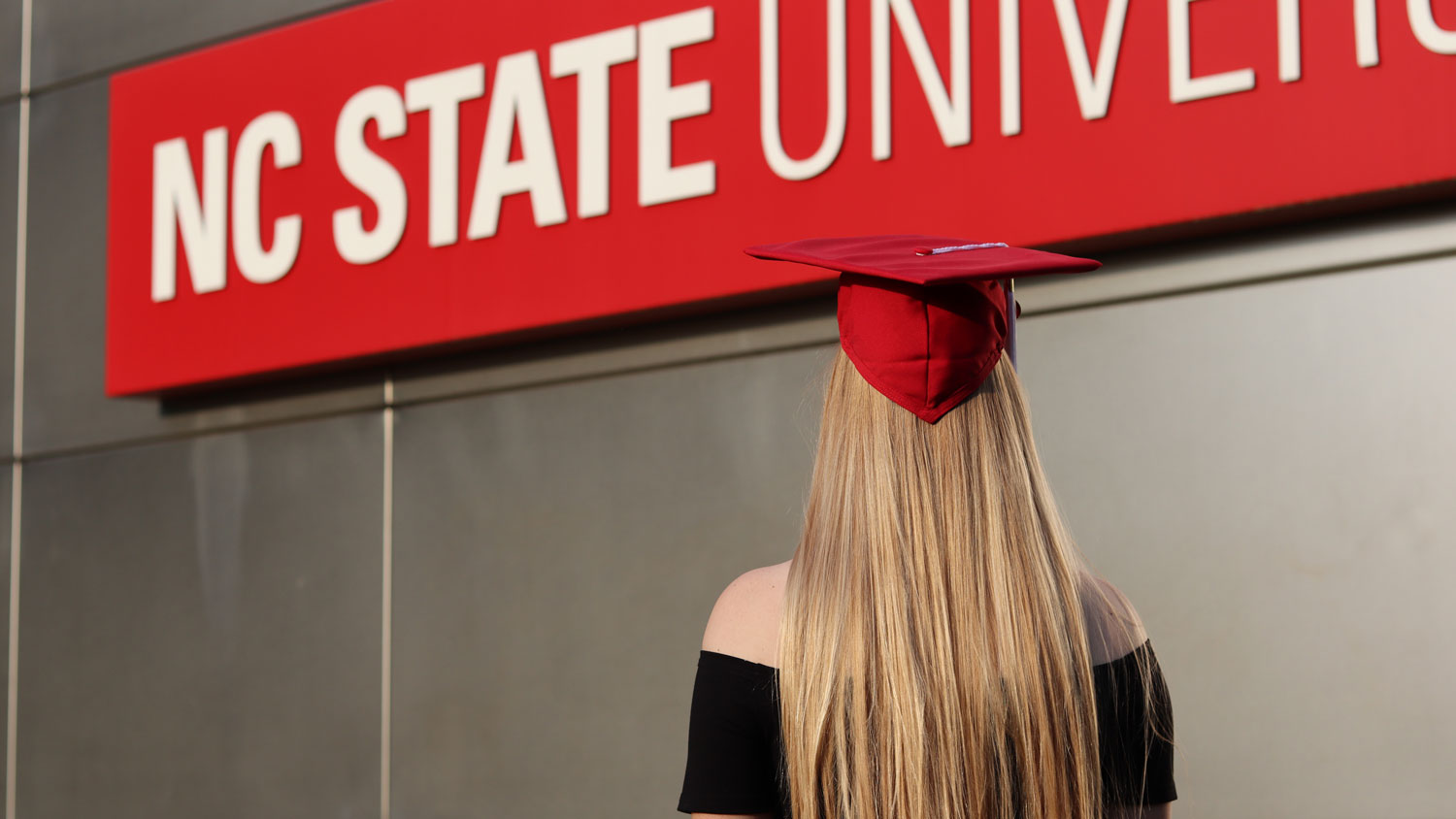 Read more stories about other College of Agriculture and Life Sciences graduates.

See what they’re up to next