Governors and growers, city councils and small businesses have sought the insights of Extension economist Mike Walden since he started his radio show in the late 1970s. And now he’s looking farther ahead than ever — to the year 2050.

Every two weeks for 39 years, in an unassuming studio on NC State’s main campus, Mike Walden has leaned in to the microphone to record the state’s most influential economic radio program.

There is no script — just a bulleted list of talking points and his wife, Mary, as prompter. Together, they record the next 10 episodes of his daily radio spotlight, Economic Perspective.

The rest of us hear him five days a week in two-minute segments, on our car speakers or in our earbuds, filling us in on wage growth or the relative value of a college education. You can read his syndicated column, You Decide, in newspapers across the state, or catch him on UNC-TV. Maybe you’ve read one of his 11 books, or taken in one of his 1,400 or so personal presentations.

Despite being a self-proclaimed introvert and naturally private person, Walden has spent his career connecting with the public.

“I never tell anyone how they should use their resources,” Walden said. “What I try to do is to give them good tools to use to make their decisions.”

In his upcoming book, Beyond the Connected Age: North Carolina in 2050, Walden looks even farther ahead. He lays out his thoughts on economic probabilities, from the industries that are likely to have prospered and grown, to population-based challenges with water and energy. A sequel to 2008’s North Carolina in the Connected Age, the book is slated to be published in August 2017.

“Mike is somebody I depend on for … trying to figure out what the future might hold for North Carolina agriculture,” Troxler said.

“A surprise, and a little bit of a thrill” 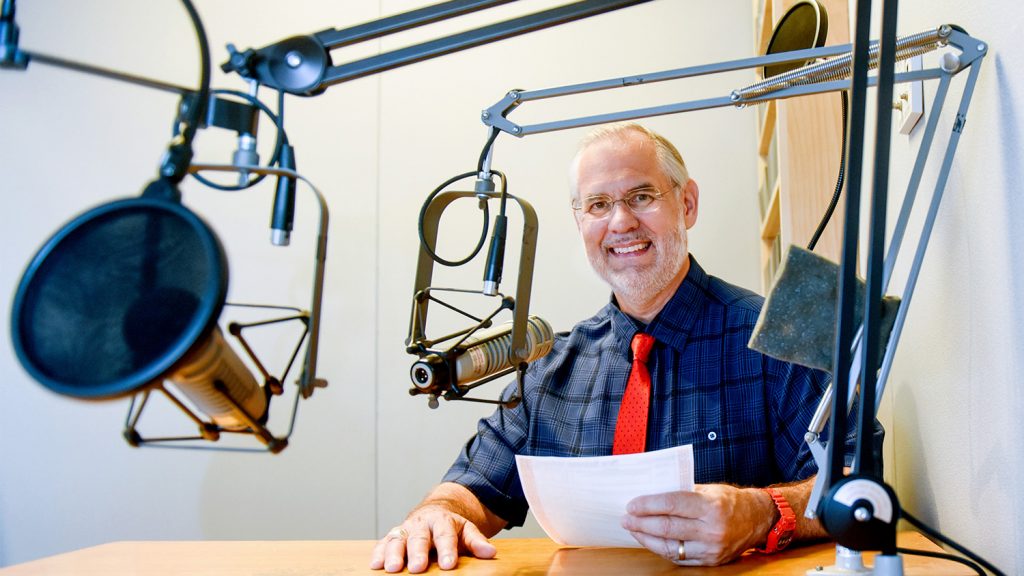 Born in Ohio and educated at the University of Cincinnati and Cornell University, Walden accepted a job in CALS after completing his Ph.D. in 1978. Since then, Walden has become known for his concise, accessible explanations of complex economic concepts. He is a William Neal Reynolds Distinguished Professor of Agricultural and Resource Economics. His awards include North Carolina’s prestigious Order of the Long Leaf Pine in 2013, and NC State’s Alexander Quarles Holladay Medal for Excellence in 2014.

“People always ask when I’m going to retire,” Walden said. “But I still like what I do. I’m still excited to go to work every day — I get to meet great people. As long as my health is fine, I plan to keep on going.”

The key to the kind of clear economic communication that won him acclaim: talk like a normal person.

“Every discipline has its jargon, and if you spend all your time talking to people who study what you do, you run the risk of speaking in that jargon,” Walden said. “Presenting in the classroom and across the state, I was forced not to do that.”

His priority, whether in person or on one of his more than 7,000 episodes of Economic Perspective, is to keep economics accessible.

And despite the decades, it’s still exciting when someone says they’ve heard him on the radio.

“It’s always a surprise,” Walden said, “and a little bit of a thrill.”

Longtime listener? What you don’t know about Mike might surprise you…

> He has a collection of 150 neckties. His favorites are the three 75-year-old ties that his father brought back from the South Pacific after World War II.

> He loves to garden. He and his wife, Mary, have such highly developed green thumbs that their garden was featured on a tour in 2016.