At 7 p.m. on November 15, Applied Ecology Professor Rob Dunn will gather them all at the James B. Hunt Library to present their findings on your closest neighbors: the microscopic wilderness living inside your own home. And this isn’t your average science presentation – it’s a science party, complete with on-theme food and drink, and live music played by scientists.

Just make sure to register for your free tickets in advance. 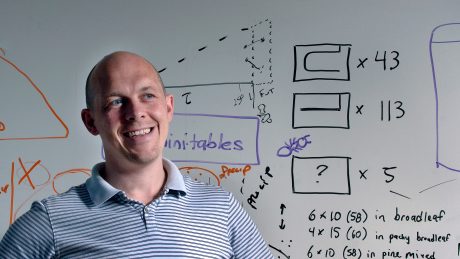 The event celebrates the release of Dunn’s new book, titled Never Home Alone: From Microbes to Millipedes, Camel Crickets and Honeybees, the Natural History of Where We Live. The book tells the big story of the tens of thousands of species discovered in homes. It argues that, as often as not, more biodiversity in your home ends up being better than less (even, as it turns out, when it comes to your showerhead).

For the study, Dunn and other NC State scientists partnered with scientists at other universities, as well as thousands of non-scientists around the globe who helped take samples and consider new kinds of analyses.

“Ask me about my face mites!”

To kick off the November 15 event, Dunn will discuss Never Home Alone. Then the audience scoots upstairs to Duke Energy Hall, where more than fifty of the scientists involved in the work will be at tables and posters but also mingling amongst the crowd with T-shirts indicating what they study (e.g., “Ask me about my face mites!”). 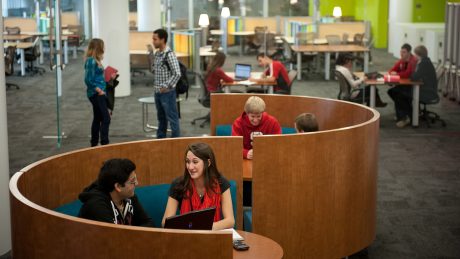 MJ Epps and The Thundering Tardigrades will provide a live soundtrack for the evening, inspired by the study of the life in homes. The food is on-theme as well: Some of these species studied are useful for making delicacies like beer, bread, cheese, coffee and kimchi, all of which will be available for sampling at the event.

All are welcome to attend. It’s a Quail Ridge Books event, supported by NCSU Libraries and the Department of Applied Ecology.

You must register in order to attend, even if you are one of the participating scientists.

Congratulations to Ashton Merck for receiving a poster award during P-Week!