The next time your tastebuds delight in a fresh, succulent North Carolina-grown blueberry, you might thank a meteor that slammed into the earth more than 12,000 years ago.

Or perhaps some guy from New Jersey.

Blueberry season in North Carolina begins in early to mid-May, peaks toward the middle of June, and continues into July with some late-blooming cultivars (cultivated varieties), which means there are plenty of fresh berries currently available throughout the state.

Find a Pick-Your-Own Farm Near You

“It’s a very accessible crop because it exists at several levels,” said Bill Cline, who helps producers big and small grow the best possible crop in his role as NC State Extension blueberry specialist. “You have a big commercial industry placing berries in retail stores, and then you’ve also got folks who have an acre or two, selling pick-your-own fruit from smaller plantings all around the state. The third tier, the smallest tier, is backyard gardeners who grow their own.”

If that delicious North Carolina blueberry came from a grocery store, chances are it came from the southeastern part of the state. And chances are it was grown in a Carolina bay, which, according to a popular theory, was formed by a meteor or comet slamming into the planet thousands of years ago.

The reason is simple: the highly acidic soil there is perfect for growing blueberries.

“The naturally-occurring blueberry sites in Bladen and nearby counties are sand-based, high-organic soils – white sand and black organic matter. The pH is naturally low, and blueberries grow well there without growers having to do a lot of amending of the soil prior to planting,” said Cline, who is based at the Horticultural Crops Research Station in Castle Hayne. “In the early days, a lot of the fields weren’t even irrigated because they have a water table so close to the surface. They grow really well without a lot of added soil amendments, unlike in other areas where lots of pine bark or other organic amendments have to be added to the soil in order to grow blueberries successfully.”

Mark Seitz keeps a jar of the perfect-for-blueberries soil in a jar on a bookshelf in his office. Seitz is the director of the Extension center in Pender County, where the annual North Carolina Blueberry Festival is held. This year’s event is June 18 in Burgaw.

“The ideal soil for blueberries is this black, sandy loam,” he said. “We’ve got pockets of it in Pender County.”

Carolina bays are most numerous in Bladen County. There are hundreds of them, all oriented in a northwest-to-southeast direction, usually with a sand rim on the southeast edge.

“You look at the satellite view or the aerial view of those bays and they are all oriented in the same direction,” Cline said. “They all have this white sand berm on the southeast end as though a shower of large objects hit the earth at an angle. It’s really striking.”

Some still hold water (notably Lake Waccamaw in Columbus County) and some are completely dried up, but many became pocosins with deep, acidic, sandy peat soil.

“Over the years the organic matter grew up and water settled in there and that combination created this swampy, mucky soil,” Seitz said.

In the 1950s, geologist William Prouty put forth the theory that the bays were created by a meteor or comet colliding with the Earth more than 12,000 years ago. While it’s fun — and a little scary — to think of a massive heavenly body striking the planet an eon or so back, there’s now considerable debate about whether it really happened. Other theories posited include ice fragments from a meteor impact in the Hudson River basin, peat fires, winds blowing in the same direction over hundreds of years, and even the tail-fanning of a huge prehistoric fish.

While there are multiple theories about what caused Carolina bays, there’s much less debate over the next phase of North Carolina’s emergence as a blueberry-producing state.

Blueberries were first domesticated early last century, when New Jersey farmers selected bushes out of the wild, planted them in rows, and produced a commercial crop.

“Dr. Frederick Coville did a lot of  good work there, and his findings are still applicable today,” Cline said. “It must have been very exciting times, to domesticate a crop like that.” 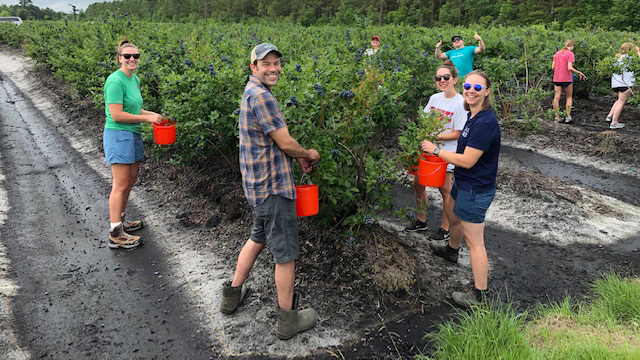 Berries gleaned at the Horticultural Research Station in Castle Hayne are donated to a local food bank.

Farmers were able to tame the wild blueberry, but they couldn’t do anything about the weather. The fruit thrives in warm to hot conditions, so harvest season in New Jersey doesn’t begin until early July. With an eye toward expanding the market, they began looking south where summer arrives earlier. Thanks to the meteor — or the ice shards, or the peat fires, or the wind, or the humongous fish — they found the perfect soil in southeastern North Carolina.

The first blueberry farm was established in 1936 in Pender County.

“Harold Huntingdon from New Jersey came to the area and bought 1,300 acres of land along the Black River,” Seitz said. “He thought the land looked the same as in New Jersey and planted 100 acres of blueberries. Burgaw was a 24-hour train ride from New York City so he could put them on a train and get them to NYC markets within a day. That’s what helped the county’s fruit and vegetable industry get started.”

Today, the state’s commercial production is primarily in Bladen and surrounding counties where naturally occurring blueberry soils are most common.

“Maybe 90% of the crop is large commercial operations,” Cline said. “The business model that makes the most sense is a 100-acre model. It’s a really specialized crop to grow. That economy of scale comes into play when you start buying harvesters and building air-conditioned sheds and packing lines to handle the fruit.”

While most of the blueberries in stores come from southeastern North Carolina, there are plenty available elsewhere in the state, sold directly to consumers at farmers markets, on pick-your-own farms and at roadside fruit stands.

“There’s a blueberry patch in every county, I think,” Cline said. “It’s one of those fruit crops you can grow anywhere in the state if you prepare the soil and select the site correctly.”

Site preparation is a lot harder away from the ideal conditions of southeastern North Carolina. That’s where Extension plays a starring role. Cline and agents and specialists throughout the state are always ready to assist current and future blueberry producers.

“We have a lot of expertise that we’ve built up over the years, so when it comes to pest control, disease control, weed control, how to prune the blueberries, what cultivars to grow, that’s all coming out of Extension,” Cline said. “That educational aspect and helping people assess the risk or the chance of success for their site is a key part of what we do. There’s continual crop improvement going on through research at NCSU with blueberries, resulting in  higher yields, better fruit quality, and locally-adapted cultivars with superior flavor and shelf life. Our job in Extension is to take those advancements, that information, and make it available to the public.”

There is a wealth of information available at the Extension blueberry website, including pest management and tips for home gardeners. Often, the assistance is hands-on.

“When a grower wants to put blueberries in, they will call their county agent or me and very often we’ll go out and look at the site with them, dig a few holes and tell them, ‘OK, plant blueberries.’ But it can be just as important to tell a prospective grower, ‘Wait, this is not the best site for blueberries.’ Site selection is the most important decision a grower will make, and we try to make sure they do not invest a lot of money in a site that will not be successful,” Cline said. “We also do blueberry pruning workshops around the state. I probably do 12 or 13 of them every February in support of new county agents who are learning on the job, and some experienced county agents do them as well. That’s a fun part of the job, when we get to go all around the state and provide hands-on expertise, teaching people how to prune and care for blueberries.” 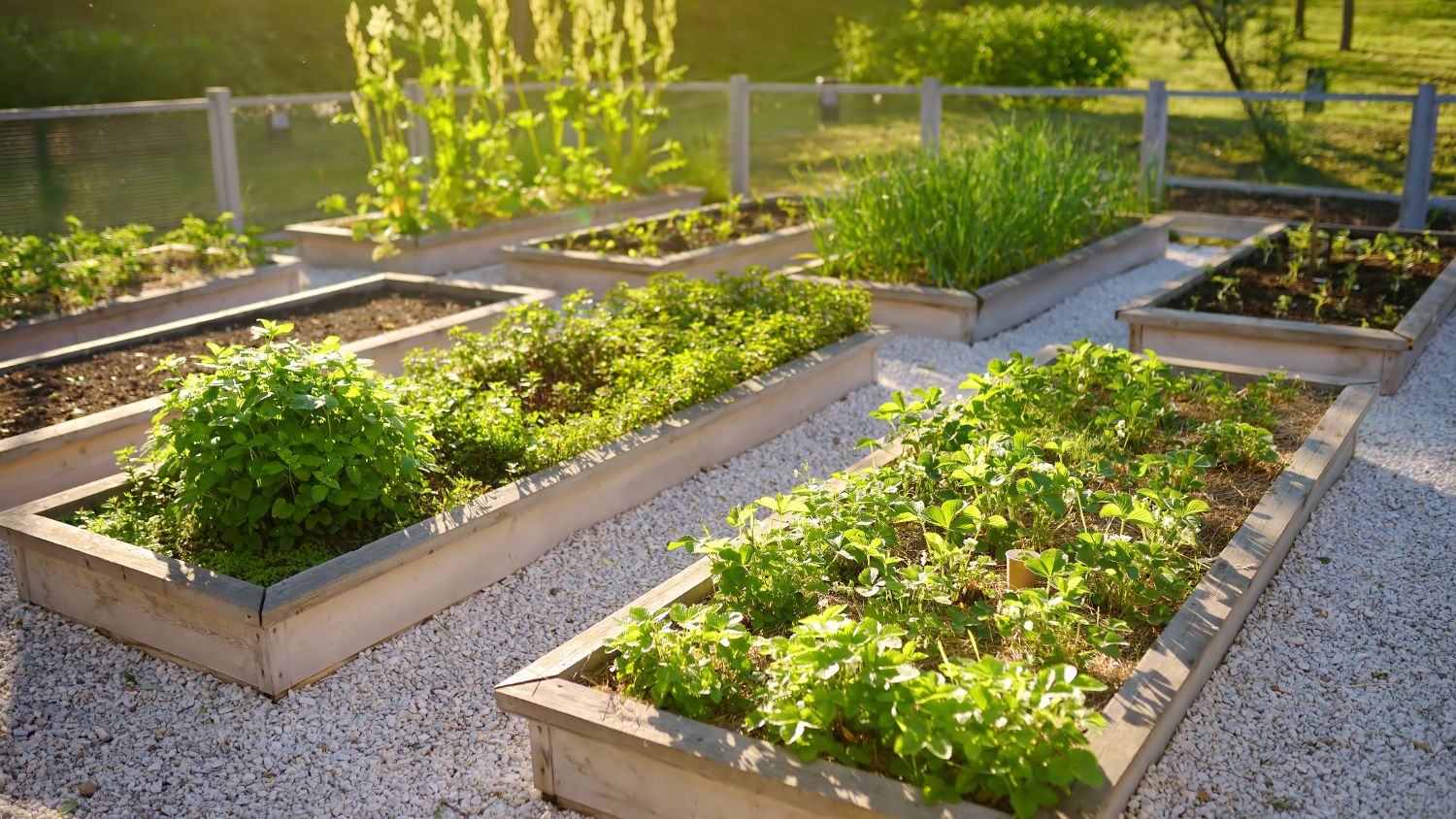 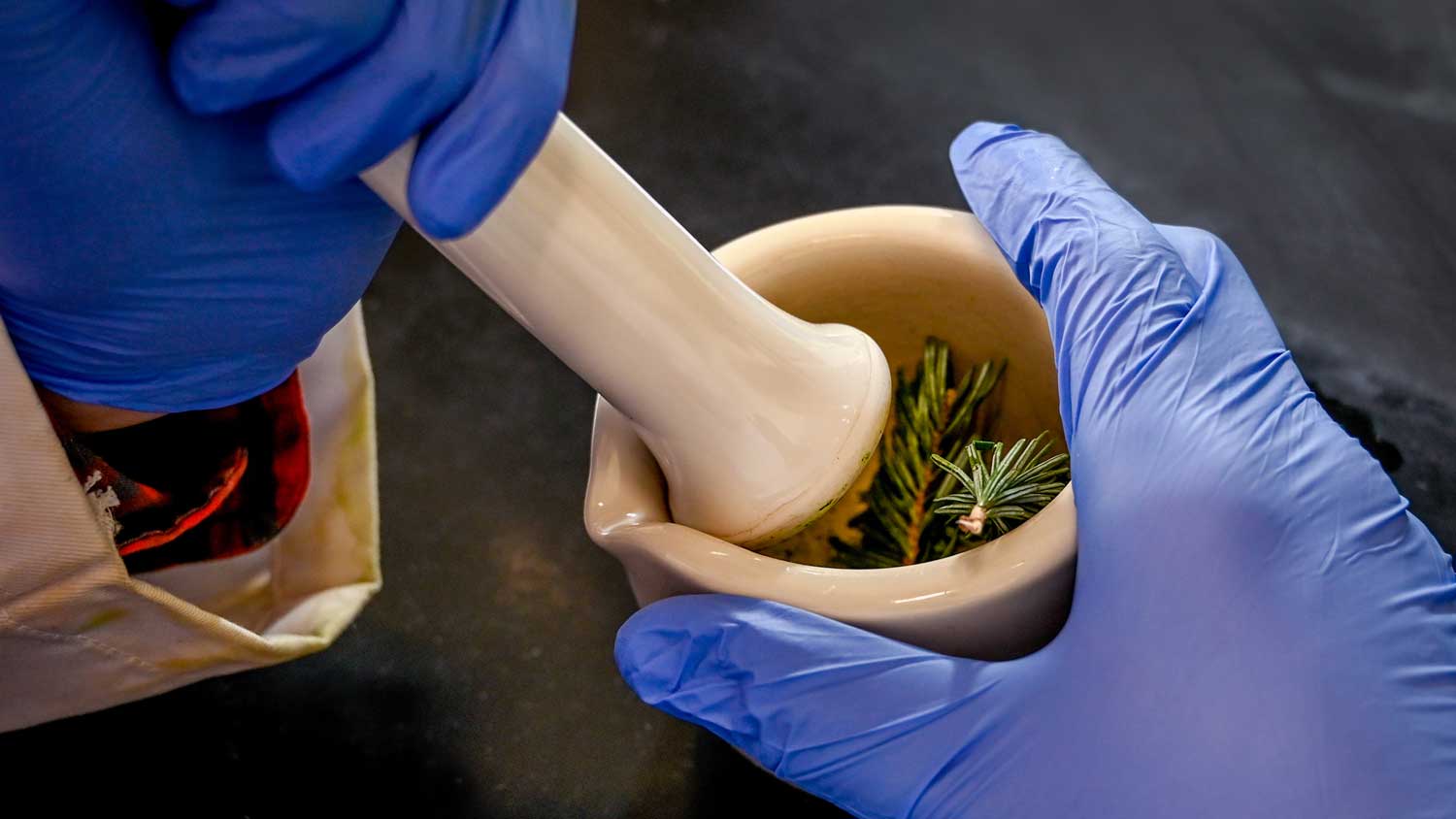