The Business Of Sausage

Two North Carolina farmers wanted to merge their biggest commodities into a unique sweet potato pork sausage – so a CALS class of food science students turned into a team of entrepreneurs.

But it comes up in every job interview. And, she says, it helped prepare her for her current internship at AgBiome. 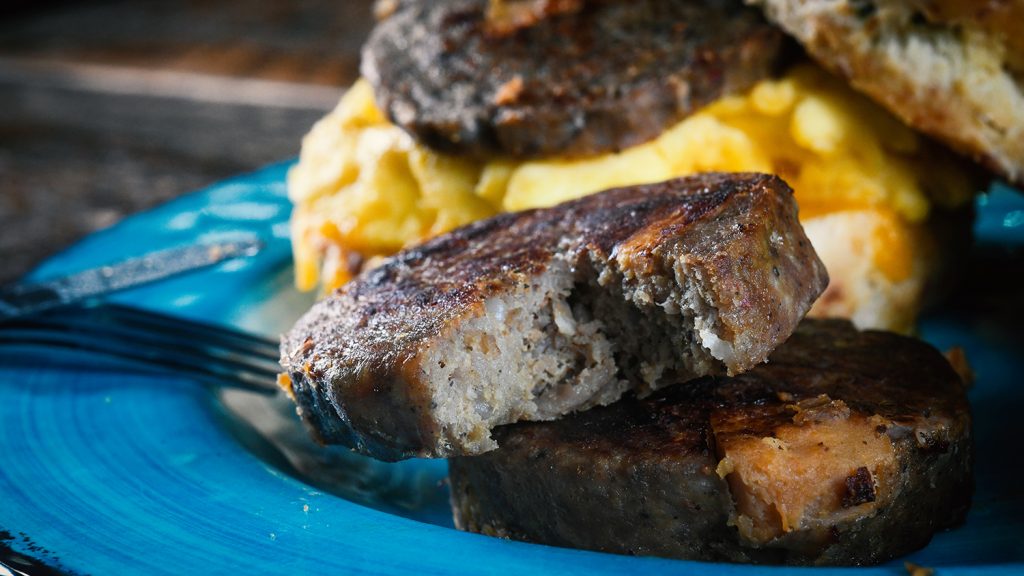 The task? Research and develop a sweet potato pork sausage that can be manufactured and sold by a local farm.

“This project has been on my resume since graduation,” said Mackowiak, who earned her bachelor’s degree in food science in 2016 and is now pursuing a master of microbial biotechnology at NC State. “Being able to share this experience has connected me to every interviewer.”

Working on the sweet potato pork sausage project gave her invaluable experience in research and development – and the “messy work” of product development.

“What I took most from this experience is to never underestimate a project at first glance,” she says. “It was much more complicated than ‘make a sweet potato pork sausage.’ Having to communicate and collaborate with my team, my professors, Sharp Farms, various suppliers and our sensory panel participants was a good segue into working and communicating with different people in the pharmaceutical development process.” 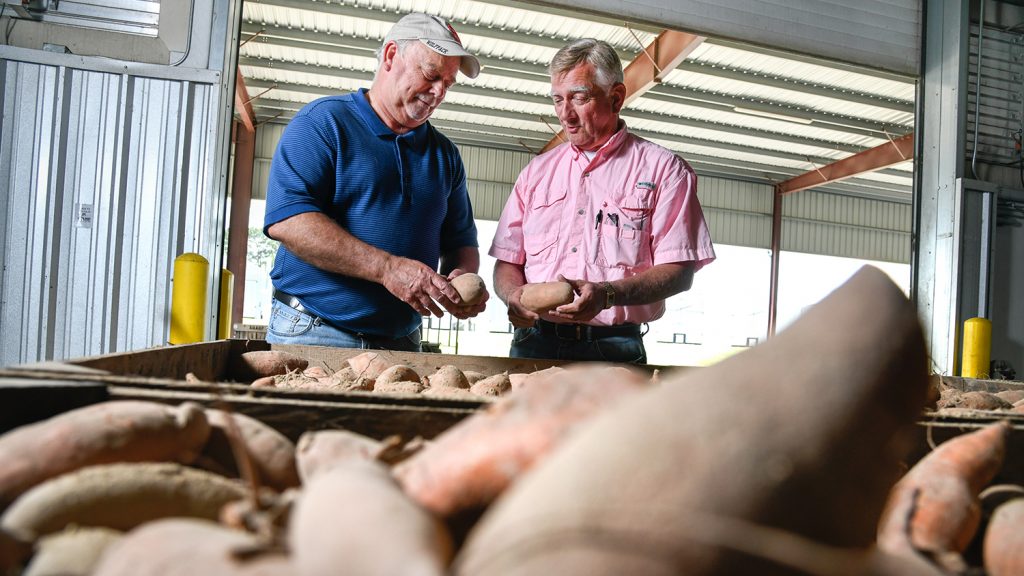 So how did this unique project land in their laps? Through a series of connections that epitomizes the college’s land grant mission.

Alan and Pender Sharp (both CALS grads who come from a long line of NC State alumni) of Sharp Farms in Sims, North Carolina, raise hogs and grow row crops like tobacco and sweet potatoes. After birthing the brilliant idea to combine two of their biggest commodities, they had been trying – fruitlessly – to develop a sweet potato pork sausage.

[pullquote color=’red’ align=”]These students had direct impact. This was the real deal.[/pullquote]So they contacted their local Extension agent, Walter Earl, who put them in touch with NC State Extension Meat Specialist Dana Hanson. Hanson then submitted the idea as a senior design project candidate to the Department of Food, Bioprocessing and Nutrition Sciences. It was a hit.

“No one else in the world is producing this kind of sausage,” says Alan Sharp. “And so we worked to put something together ourselves, and we tried four or five different recipes and techniques, and just couldn’t do it. At the same time, we were awarded an N.C. AgVentures Grant from NC State Extension, and it really helped us a lot in the process to come up with the recipe we’re using now.”

Today, Sharp Farms sweet potato pork sausage graces the menus of several farm-to-table restaurants in the Triangle area, including the Root Cellar in Chapel Hill. They also sell it – along with several other types of sausage – straight from their business office and online at sharpfamilyfarms.com.

“Our customers love the sausage – the savory pork with the sweet potato are a perfect combination,” says Lucas Doty, Root Cellar chef and kitchen manager. 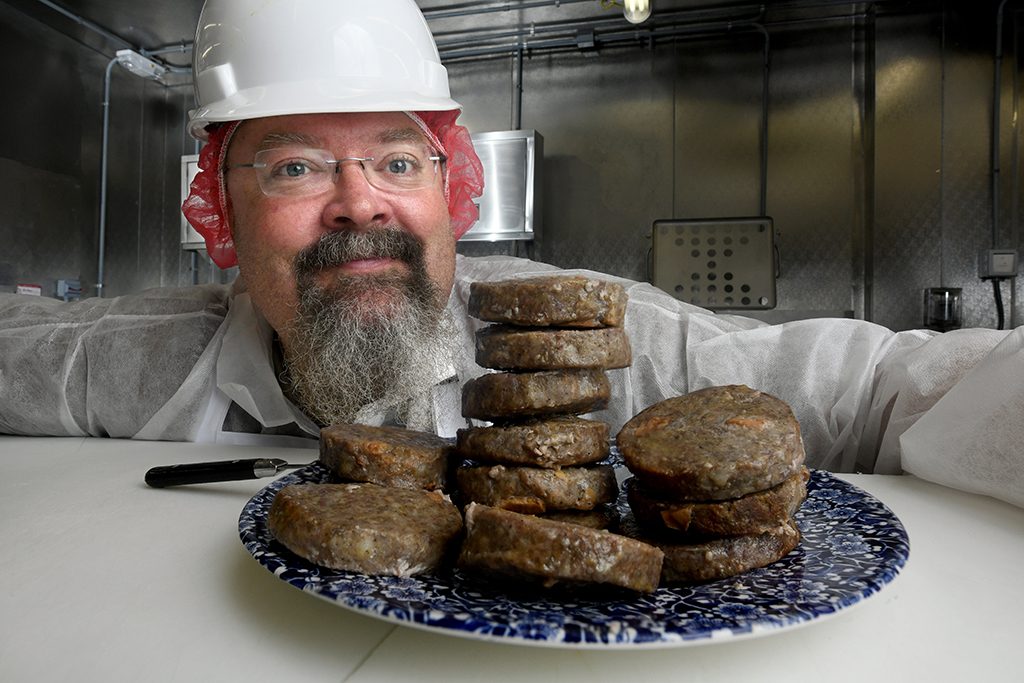 Hanson, who refuses to take credit for any of the project’s success, says the students did everything from initial research to flavor formulations to conducting taste panels through the department’s Sensory Service Center.

“To give the students that kind of experience was so great,” Hanson says. “I was the mentor for the group that semester … kind of kept them moving along. I think one of the biggest things they gained is hands-on experience in food processing, particularly with a meat product, which is unique.”

“This was a legitimate project,” Hanson says. “We were working with a funding source and farmers wanting to make income off a new product. The potential impact was real. These students had direct impact as opposed to more of a pure academic exercise. This was the real deal.”

“This sausage has done very well for us,” said Alan Sharp. “We’re grateful for the partnership with N.C. State.” 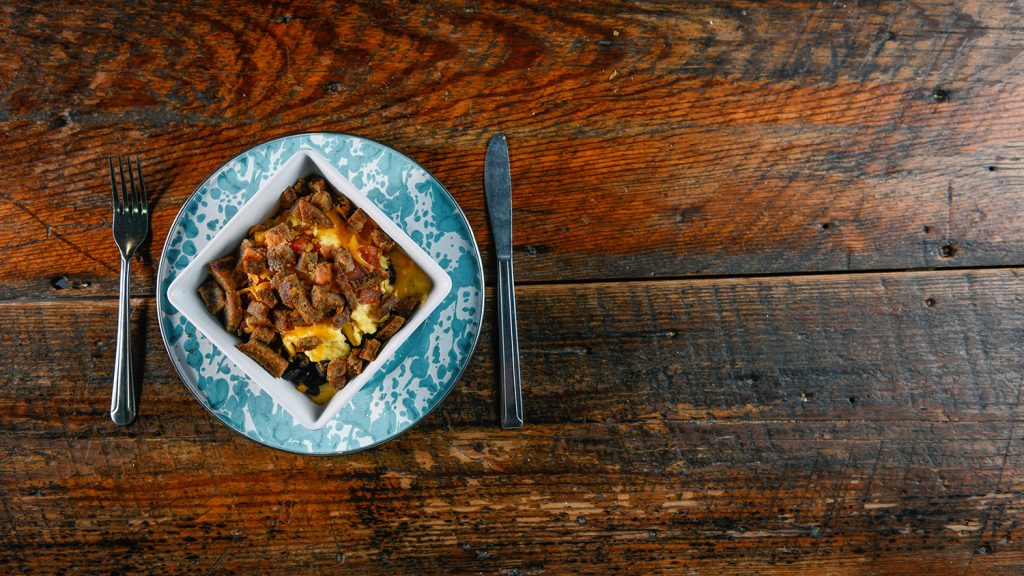