Two CALS researchers recently received grants from federal agencies to continue their work studying the communities of microorganisms that live on, in and near plants, also known as the plant microbiome.

Christine Hawkes, a professor in the Department of Plant and Microbial Biology, is co-investigator on a three-year, $1.4 million grant from the National Science Foundation to study the effect that droughts have on soil microbes and their ability to capture carbon dioxide from the atmosphere. The international study will begin on Sept. 1.

Kevin Garcia, an assistant professor in the Department of Crop and Soil Sciences, received a three-year, $740,000 grant from the U.S. Department of Agriculture to study how symbiotic root fungi help legumes get potassium. This study will begin on Sept. 15.

Plant and soil microbiomes are a complex and variable communities that include many different bacteria and fungi that live in plant roots, leaves and the soil itself. Many scientists believe that understanding these microbial communities and how they interact with crops is the key to the next agricultural revolution.

Hawkes’ study, which is led by Sarah Evans at Michigan State University, will look at how soil and soil microbes respond to a lack of rain using an international network of drought experiments.

Soils are capable of storing many times more carbon than plants. This captured carbon makes the soils more fertile while also combating climate change. However, drought conditions, which will likely become more frequent, change how soils are able to store carbon by affecting the soil microbiome.

The team will collect soil samples from 39 locations across the globe underneath rain shelters that create artificial droughts through the DroughtNet Research Coordination Network to better understand these changes.

“This work builds on a decade of study in central Texas, where we discovered persistent effects of historical climate on contemporary microbial function,” said Hawkes, who is also a member of the Microbiomes and Complex Microbial Communities Cluster, a Chancellor’s Faculty Excellence Program cluster of excellence. “The new project will allow us to determine the generality of climate effects on soil microbes, by sampling both ambient conditions and drought effects in forests, grasslands and deserts around the globe.”

The grant is from NSF’s Division of Environmental Biology and Steve Allison at University of California, Irvine is also a co-investigator on the project.

Symbiotic root fungi are known to help most species of plants acquire nutrients from the soil in exchange for carbohydrates. However, the specifics of cooperation at the molecular, genetic and physiological level aren’t well understood.

By better understanding the specifics of this cooperation in soybeans and a model legume, Garcia hopes to improve soybean productivity while decreasing the amount of energy-intensive potassium-based fertilizer required.

“We have recently demonstrated that symbiotic fungi can have a positive impact on the plant potassium nutrition, but the physiological and molecular mechanisms underpinning this symbiotic exchange are only poorly understood,” Garcia said. “We hope to help NC soybean growers and producers to select varieties that are able to interact more efficiently with beneficial soil fungi, and thus reduce the use of potash without affecting soybean growth and yield.”

The grant is from USDA’s National Institute of Food and Agriculture. Garcia’s co-investigators include Rachel Vann in the Department of Crop and Soil Sciences and Heike Bücking at South Dakota State University.

Both of these grants build on NC State’s expertise in the area of studying microbes to improve the resiliency of crops.

Last summer, NC State received funding from the Novo Nordisk Foundation for a six-year, $30 million study on the wheat microbiome to make the staple more resilient to environmental stresses. The project is led by NC State professor Amy Grunden. Hawkes is one of the 10 other NC State faculty members involved in the international project. She is leading the effort to study the microbiome found in wheat leaves.

Additionally, Hawkes is leading an interdisciplinary project that was selected by the N.C. Plant Sciences Initiative for seed funding. The study will look at the fungi that live within the leaves of five different crops to identify beneficial fungi to improve the resilience of those crops to diseases and drought. Garcia is a co-PI on the project. 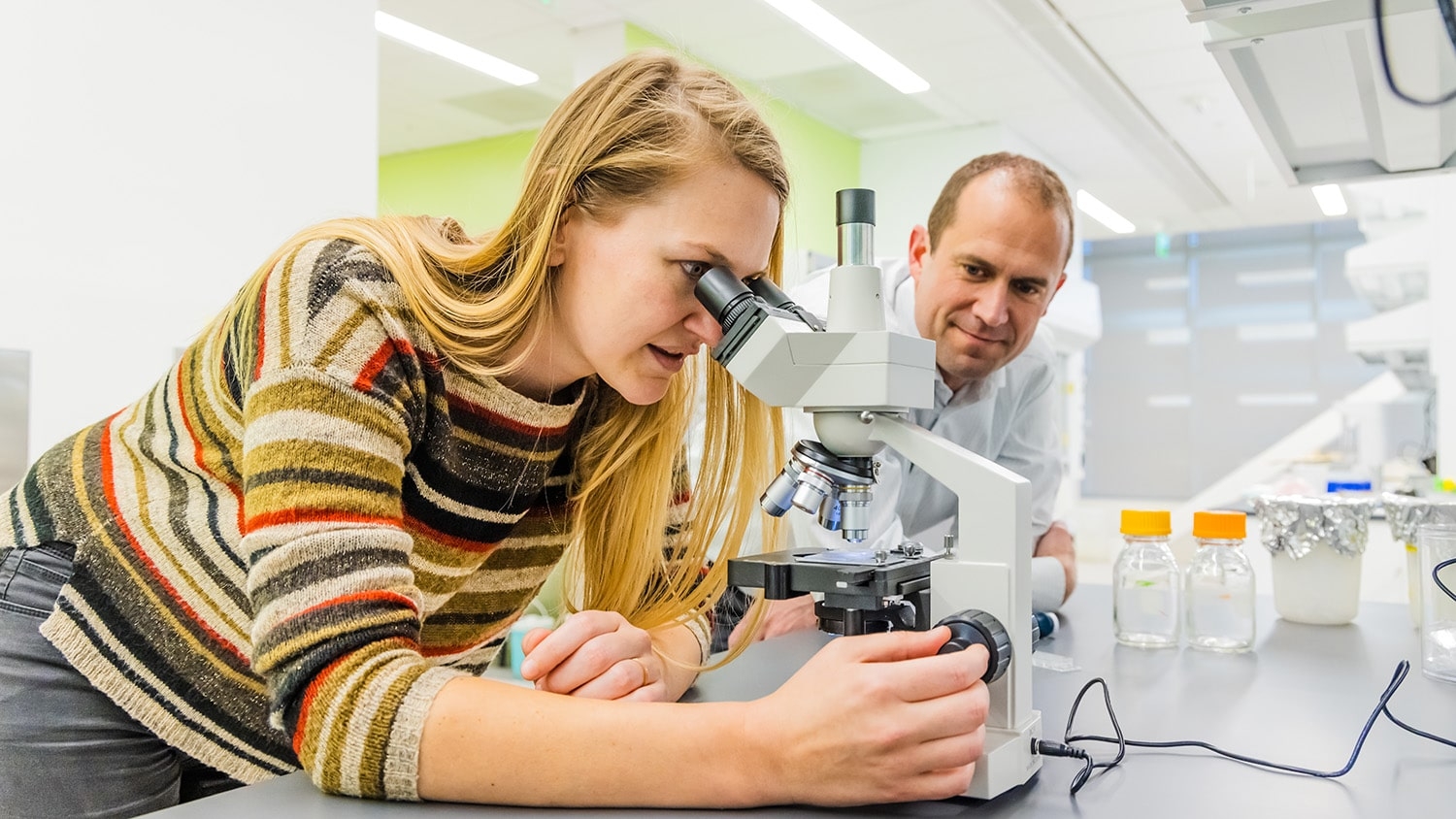 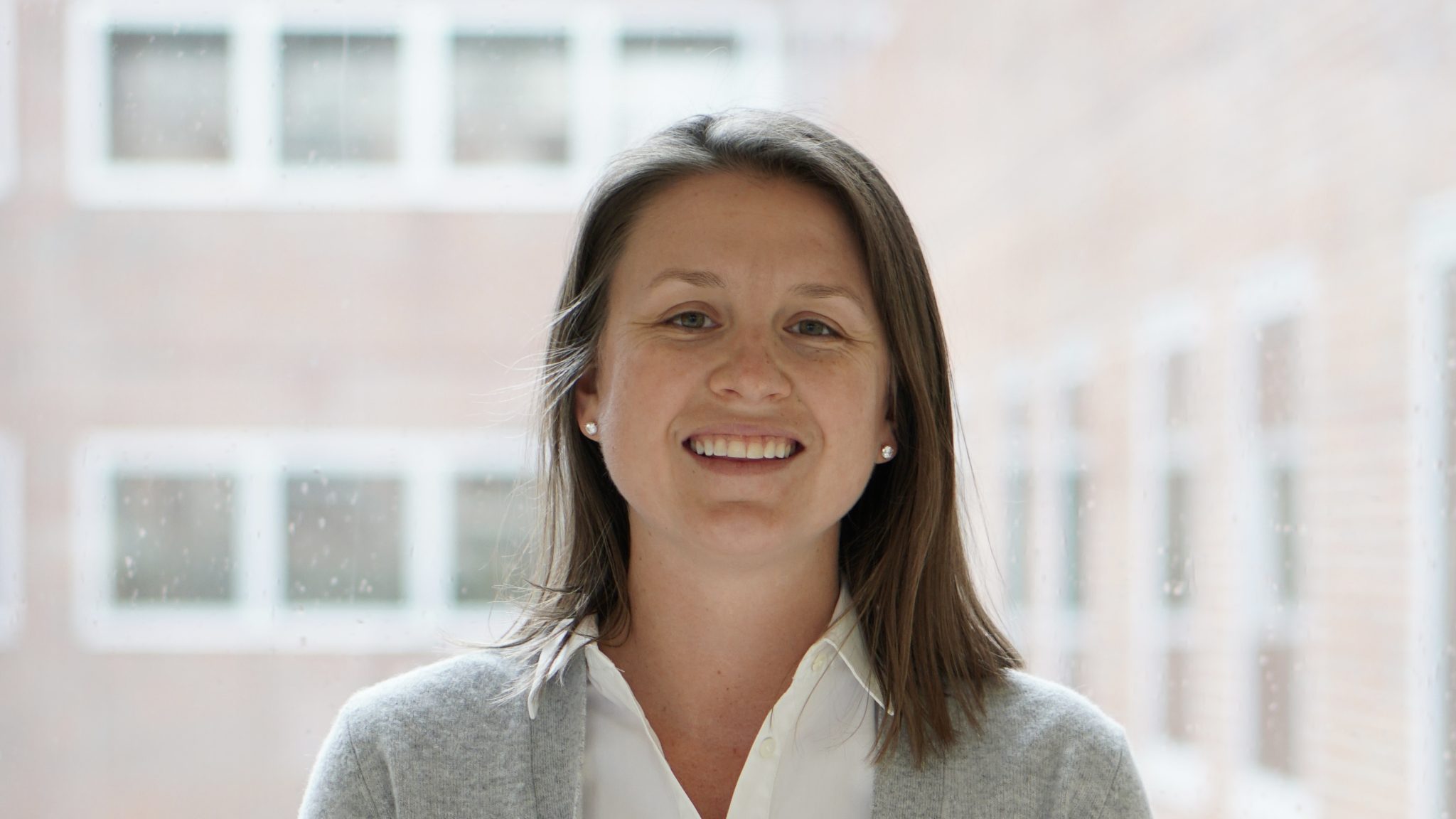