Larry Hancock remembers the day, more than 60 years ago, when he first learned about Millstone 4-H Camp. He was on a car trip with his family, when his mother pointed out the camp’s entrance, saying, “One day, you will go to that camp.”

She was right, but little did she know how indelible that camp experience would be. Hancock not only went on to become a summer camp staffer, he was also appointed 25 years ago as state 4-H camping specialist. In that role, he put to work the leadership skills he learned, in part, through his long-time 4-H involvement.

When Hancock retired in late December from NC State Extension, his colleagues nominated him for the Order of the Long Leaf Pine Society, the highest honor that North Carolina governors can bestow. In his nomination letter, Mike Yoder, NC State Extension’s associate director and state 4-H program leader, noted that “Larry’s legacy will be one of service above and beyond the call of duty, impacting our state and local communities and strengthening North Carolina by building a foundation for thousands of North Carolina’s youth.”

Hancock helped guide the state’s 4-H camps and educational centers through a period of major changes and improvements. There are now three 4-H camps in operation – Millstone 4-H Camp in Richmond County, the Eastern 4-H Center in Tyrrell and Betsy-Jeff Penn 4-H Center in Rockingham County.

The camps serve about 4,000 campers from across the state each summer. That doesn’t count the thousands of other people – young and old – who take part in conferences, school enrichment programs, special events and workshops at the centers in the spring, fall and winter.

When Hancock first became a 4-H’er in Randolph County, 4-H was meeting at schools, during the school day. When North Carolina 4-H transitioned to community clubs led by trained volunteers, his parents were among the first to sign up.  Focusing on health and electric projects and winning a trip to the National 4-H Congress in Chicago for his home beautification and grounds projects, Hancock excelled in 4-H and continued his involvement by serving as president of the Collegiate 4-H Club at NC State when he was a student.

“It’s been a wonderful life. I’ve gotten to do things for my country through military service and to do things with my major in parks, recreation and tourism management,” he said. “And I have been able to give back to the love of my life: 4-H.”

What did you gain from being in 4-H?

Everything. I grew up in Seagrove, a town with a population of 321 and grades 1 to 12 in the same school, so 4-H was my window to the world. It was a chance to grow and expand and see the parts of the world that you just did not really realize where there. I was fortunate to be able to go to India as an exchange student through what was then known as IFYE, the International Farm Youth Exchange program.

Tell me about your career path and how you ended up working for NC State Extension.

Initially I went through four years of ROTC at NC State, from 1965 to 1969, and eventually wound up attending the Army Aviation School. Then I served in Vietnam. I left active duty in 1974, but I stayed in the North Carolina National Guard.

The first civilian job I had was working with what was known then as the National 4-H Foundation. The programs I worked with were called Agricultural Training Programs. I did one year at the University of Missouri, where we would bring over 100 agriculturists a year from Korea and place them on farms in the Midwest for a two-year period so they could learn American farming practices. Then there was an opportunity for me to do a program for people from the Philippines, and that led me back to NC State, from 1974 to 1979.

Fast forward to when I went into parks and recreation work: I directed the Richmond County Parks and Recreation Department in the county where Millstone 4-H Camp is, and then did a handful of other things through the years, eventually becoming a training officer for the Army National Guard from 1986 to 1992.

In 1992, when funding ended for the National Guard training officer program I had been involved in, I got the job as state 4-H camping specialist. Over the years, there were periods where it was just me – including a period when NC State was closing camps — and periods when there was another camping specialist. Four years ago, we hired Dave Herpy, and he came to work on my birthday.

That’s one of the reasons I knew it was time to retire: When you’ve hired that person to replace you four years ago, and you look at your driver’s license and it says you’re over 70, it’s time.

What makes the camping program in North Carolina special?

There are many things, but I think it is still goes back to the child’s roots — the parents entrust us with their child, through the 4-H agents. For a lot of the children, when they first go to camp they haven’t ever been away from home for a week. They may have stayed at grandma’s house or with a friend somewhere, but not someplace unfamiliar to them.

The American Camp Association is our accrediting agency, and the national best practice is to have cabin counselors who are 18 to 22 years of age. The kids then look up to that young person, and that means you can have a real solid influence on that child’s life in just one week. Our model is to have age-appropriate cabin counselors in all the cabins to provide that experience with the kids.

We’ve also moved to a model where our 4-H camps are open nearly year-round. They are such wonderful assets, and just to run them for 10 weeks during the summer was not good utilization of some beautiful pieces of property. Eventually we secured funding and hired a person called a resident manager, who had the capability to rent the camp to groups and people in their community. Over a period of time, those became camp director positions.

So rather than everything running through Raleigh, as it was when I started, we’ve now gotten the camp staffs running them. I think that’s been a very positive change and something that truly needed to happen for the camps to be better. The camp directors are right there in the community, and they can respond to community needs and they can encourage the community to use the camps.

You’ve been here through a time of tremendous change with the camps. What are you most proud of?

There are several things I’ve alluded to: the fact that we have full-time staff at each of the camps and that frees up those of us here in Raleigh to do things that help enrich the camp program — to figure out ways to make the system stronger. Dave has worked on making sure the camps have really good websites where parents can register their children for camps and to pay, over time, using credit cards. We have also been able to do things to more effectively market the camps.

We’ve also been able to position our camps where they are respected and recognized nationally. The American Camp Association is the accreditation agency, and not only are our camps accredited, we have won multiple regional awards through that organization for having programs of excellence.

I’m also proud to have been involved in the development of Camp Corral, sponsored by Golden Corral. It was piloted at Millstone 4-H Camp in 2011 and has expanded to 23 camps in 19 states. Through Camp Corral, kids with a parent who has been wounded, injured, disabled or killed in action are able to get 100 percent scholarships to go to the camp for a week. I think over 17,000 kids have been through that program since we started it.

Most of all, I’m proud that the North Carolina 4-H camping tradition continues. The torch is passed from generation to generation: You’ve heard the name Fred Wagoner. He was the 4-H camping specialist for 30 years, from 1948 to 1978, and was the person who initially hired me to be on the camp staff. Knowing that the tradition continues and that the camps are still enriching the lives of kids — that those who go to camp this coming summer can experience the same type of feelings I had when I went to Millstone for the first time back in 1957.

What will you miss the most?

I will deeply miss my co-workers, the wonderful members of the State 4-H Team, and I’d be remiss if I didn’t mention saying that I feel the camps are in really good hands with Dave Herpy. He is doing a wonderful job.

What’s next for you?

Unfortunately, the state has a rule that retirees can’t come back and even volunteer for the first six months. After the six months, I’ll be back, in some capacity, to help with State 4-H Congress and the camps.

One of the things I’d like to do most in retirement is to spend time with my seven grandchildren. I’ve got a little journal book that I’ve started making notes in, and I’m going to write little one-page vignettes that I’ll leave that with my three sons and two stepchildren – plus our seven grandchildren. I’m not sure what the title will be, but for now I’m thinking of calling it, “Tell Me a Story, Granddaddy.” I have fond memories of when I was just a little boy and I used to crawl up on my granddaddy’s lap and say, ‘Tell me a story.’

I plan to work on that and to work in the yard. I have loved landscaping since I did that when I was a 4-H’er. I will probably volunteer at NC State’s JC Raulston Arboretum, and Camp Corral has asked me to help out. I’ll also volunteer with other organizations and stay active in the Lions Club. I’ve been a scout master multiple times, and there’s one scout troop that’s asking if I can help. I think my real challenge will be not to overcommit. 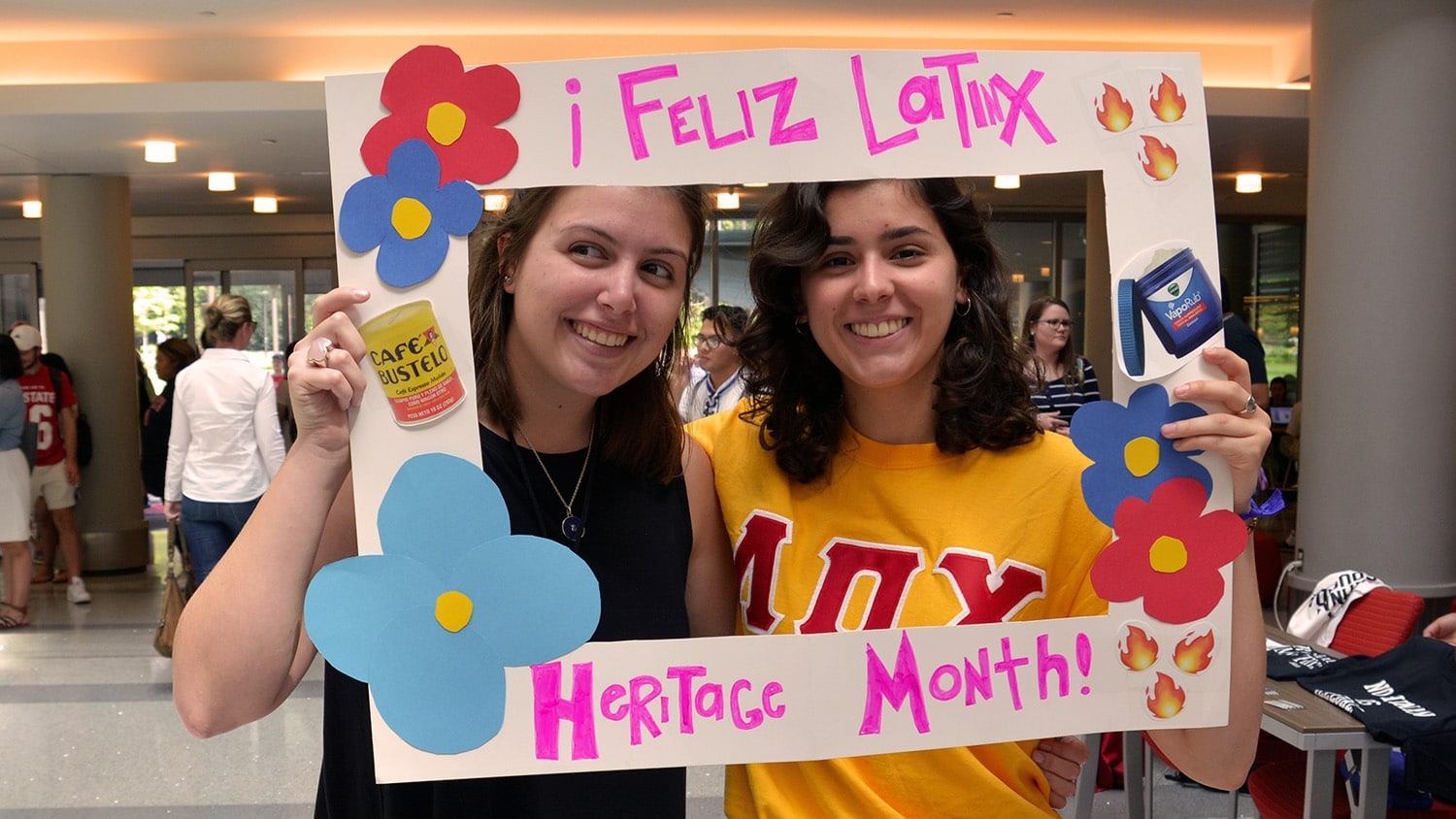