If you’ve ever enjoyed a cup of yogurt, you’ve consumed millions of bacteria that are good for you.

One in particular, Lactobacillus acidophilus, is added to most yogurts produced worldwide as a probiotic supplement to augment the traditional cultures used in fermentation. Since its debut in sweet acidophilus milk in the 70s, this bacterium has exploded in the markets for yogurt and probiotic dietary supplements.

The genetic information and technologies developed by Klaenhammer’s team also led to the creation of oral probiotics that could deliver vaccines and potentially abate colon cancer. And they laid the foundation for the CRISPR movement that has the potential to improve human health in unprecedented ways.

Klaenhammer is a pioneer, an innovator, a champion of basic research and core-concept teaching. His awards and honors speak for themselves: NAS, AAAS, Holladay Medal, O. Max Gardner Award … and the list goes on.

But he’s quick to praise his team, his former students, his colleagues. Without them, he says, none of this would have been possible.

“Dr. Klaenhammer is a leading innovator of dairy microbiology research, and he has inspired a strong cohort of graduate students who are now strong leaders in academia and the food industry,” said CALS Dean Richard Linton. “He remains the only food microbiologist to be a member of the prestigious National Academy of Sciences — the highest research honor there is.”

On the heels of his July 2017 retirement, Klaenhammer says he’s looking forward to spending more time with wife Amy, daughter Ellen (a physician’s assistant in Wilmington) and their golden retrievers. If only separation from NC State wasn’t so difficult.

Read on to learn more about Klaenhammer and his incredible career. 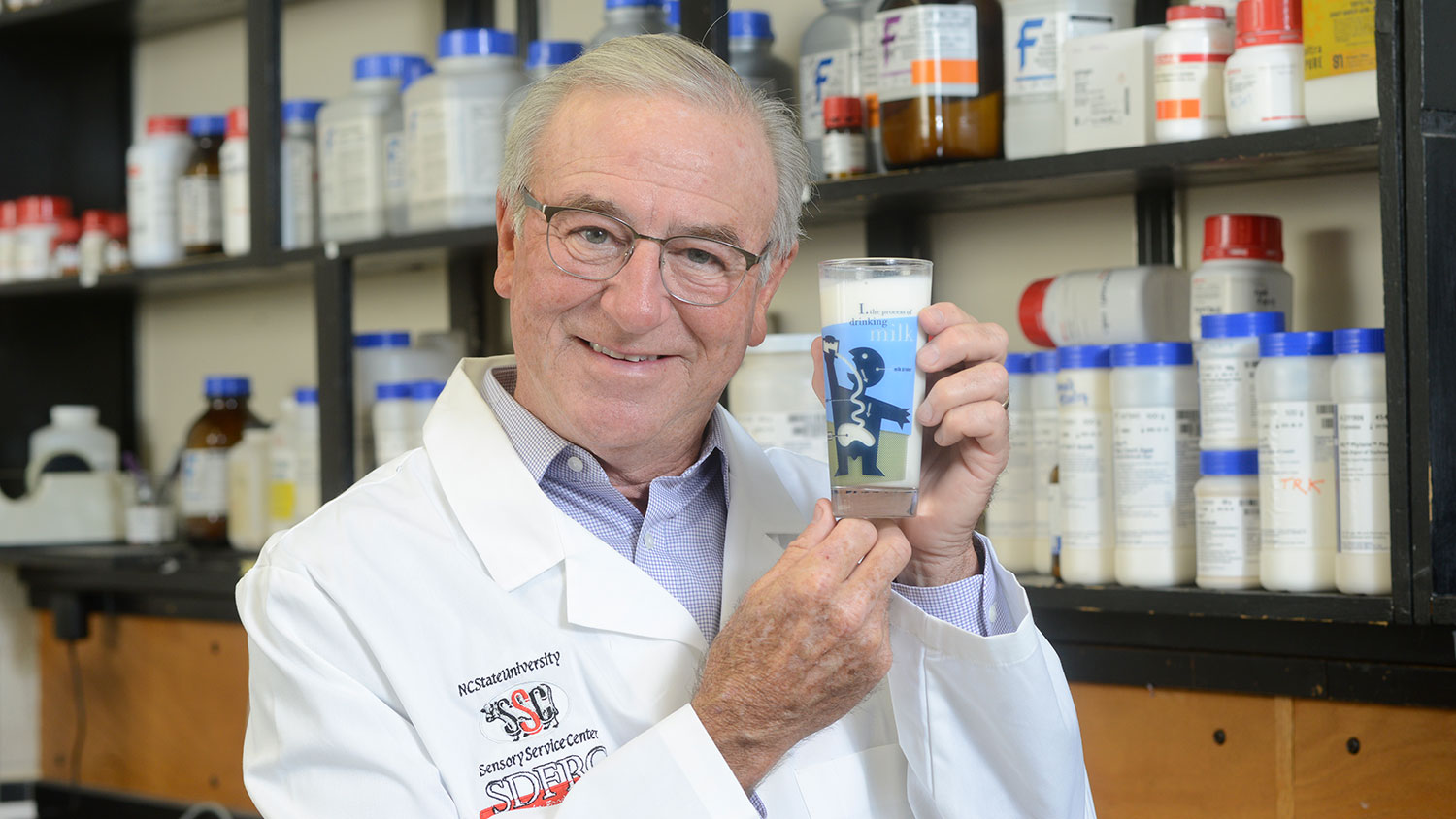 Where did you get your start?

I worked with Professor Larry McKay at the University of Minnesota. He was the first person to start bringing genetic viewpoints to food microbiology. You’re dealing with beneficial bacteria that you can eat, and it’s the positive side of microbiology. I just loved it.

What made you decide to come to NC State?

The reason I came here was because NC State has the best food microbiology program in the country. WNR Professor Marvin Speck was one of the most renowned food microbiologists in the U.S., and he realized that a genetic perspective was what NC State needed to have.

What was your first title?

I started here as an assistant professor. My primary appointment was in research, with 20 percent teaching. When you walk into the door, you know the technical side. You know what you want to do in research. But to learn how to manage people, students and programs, it’s overwhelming. Maybe a lot of people come into a job like this being confident. I wasn’t, but I hoped that I could do a good job.

Was it difficult to convince others, not just your students, but your peers, about this new genetic focus?

No. They welcomed the approach. At that moment in time, having a genetic perspective on beneficial microbes was exciting. My students realized that to learn the science and skills in genomics and biotechnology was going to get them to where they wanted to be.

What would you consider to be your first major research milestone?

We were the first group to find that the cheese starter culture, Lactococcus lactis, harbored a DNA-based suicide system that was activated during a phage infection. We also showed that natural genetic techniques could be used to move the plasmid into industrial starter cultures and make them resistant to the bacteriophages that can devastate dairy fermentations.

[pullquote color=’red’ align=’left’]The reason this job is so great is because the people are brilliant and they are constantly changing as they arrive and graduate. They move the line forward. [/pullquote]About 80 percent of the cultures used in North America and Europe at the time were using our approach to protect their strains. In these huge fermentation volumes of one million liters per day, there are 100 million bacteria per milliliter. If you multiply that, you can come up with 10,000,000,000,000,000 bacteria in the factories’ cheese vats, per day! Just think about the opportunity for a virus infection in a scenario like this.

But if one bacterium gets a phage infection, it kills itself, stops proliferation of the virus and saves all the other microbes in the vat. It’s an altruistic strategy, if you will.

The technology has shifted in big ways. What has that been like, especially in the last decade?

It keeps it interesting because it changes all the time. I always tried to build a platform for my students where they learned both traditional methods in microbiology and cutting-edge skills and technologies in genetics and genomics. That opens up new avenues for research. Then, in the course of a student’s education, that dynamic changes, and they’re now thinking about how they can put those new technologies into play to solve big problems. Then they start teaching you.

Over my career I’ve had fantastic senior people working in the research lab that taught and managed the students and incoming post-doctoral scientists; most notable among these were Rosemary Sanozky Dawes and Evelyn Dumaz, who were the best microbiologists one could possibly hope to work with.

In the research effort to discover and explain CRISPR, by the Danisco/Dupont Nutrition and Health group, there were four NC State alumni working on that project, who had studied in my research group: Sylvain Moineau, Dennis Romero, Christophe Fremaux and Rodolphe Barrangou. Dr. Barrangou, who led the effort, is now an FBNS faculty member and distinguished scholar.

Given the seminal explosion of the CRISPR discovery and its expansion into all areas of biology, medicine and agriculture, I am very proud of the fact that four of the core group working to find and understand CRISPR were Klaenhammer Lab alumni and that Rodolphe found his way back to NC State.

Why is it so important to you not just to teach your students, but to mentor them, to really see them through? 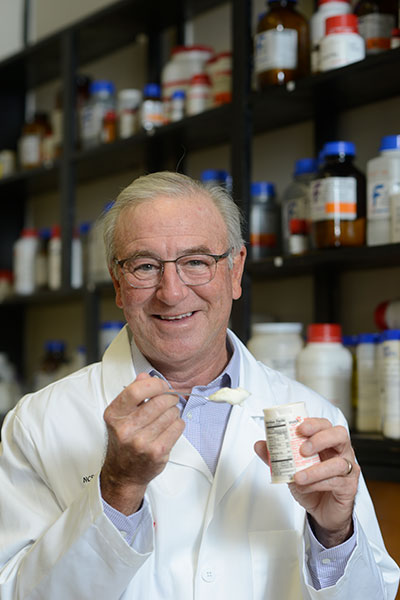 Working in this job, you never have to think about trying to motivate somebody. These people are motivated, and they’re smart. I tried to put them on the edge of the science and technology. Then when they finish here, they’re going to get hired. If you look at what’s happened between genetics and genomics and human sequencing, the stuff they’re doing really is cutting-edge. Over my career, I am very proud that six of my Ph.D. students were awarded the Kenneth Keller Award for the outstanding Ph.D. thesis in CALS.

And you haven’t only championed students. You’ve played a role in bringing some of the best scientists to FBNS, right?

I helped to recruit Peggy and Allen Foegeding, Lee-Ann Jaykus, Mary Anne Drake and Rodolphe Barrangou. These excellent teacher-scientists have been highly acclaimed — Allen Foedgeding, Jaykus and Drake have all been named William Neal Reynolds Distinguished Professors; and Barrangou a Distinguished University Scholar.

Has it been difficult to step away?

When you operate a program like this over so many years, you have many colleagues and overwhelming responsibilities. Also, you’re a critical support pillar for young people who are trying to get involved and be recognized. I try to help people be successful and get connected, to promote their professional careers.

What do you see as the future of the field?

I believe the future is exciting for the use of beneficial bacteria that you can eat safely to promote health and deliver vaccines and biotherapeutics to save lives and cure disease.

You’ve won a ton of awards. Which one was the most meaningful to you?

Being named to the National Academy of Sciences and receiving the O. Max Gardner Award, which is given by the UNC System Board of Governors for the top research program among the 16 institutions. On both occasions, NC State lit the bell tower red!

But you are insistent that this has never been a solo venture.

Not even close. The reason this job is so great is because the people are brilliant and they are constantly changing as they arrive and graduate. They move the line forward. And it’s not just research people. It’s administrative assistants, postdocs, graduate students and international scholars. It’s a collection of individuals who make a difference. It’s never been just about me, at all.

And I’m very lucky. It’s been an amazing and challenging journey. 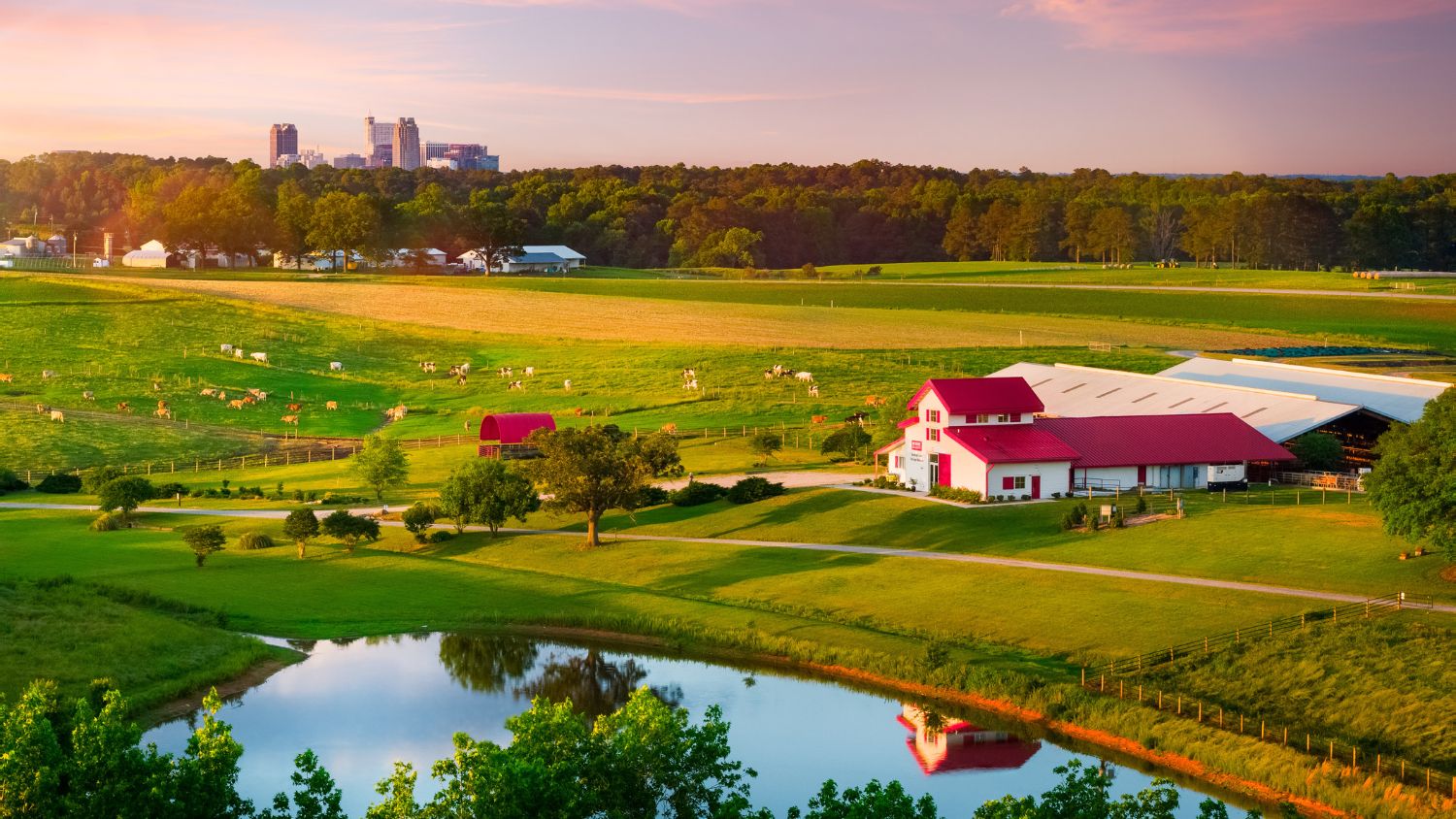