College of Agriculture and Life Sciences 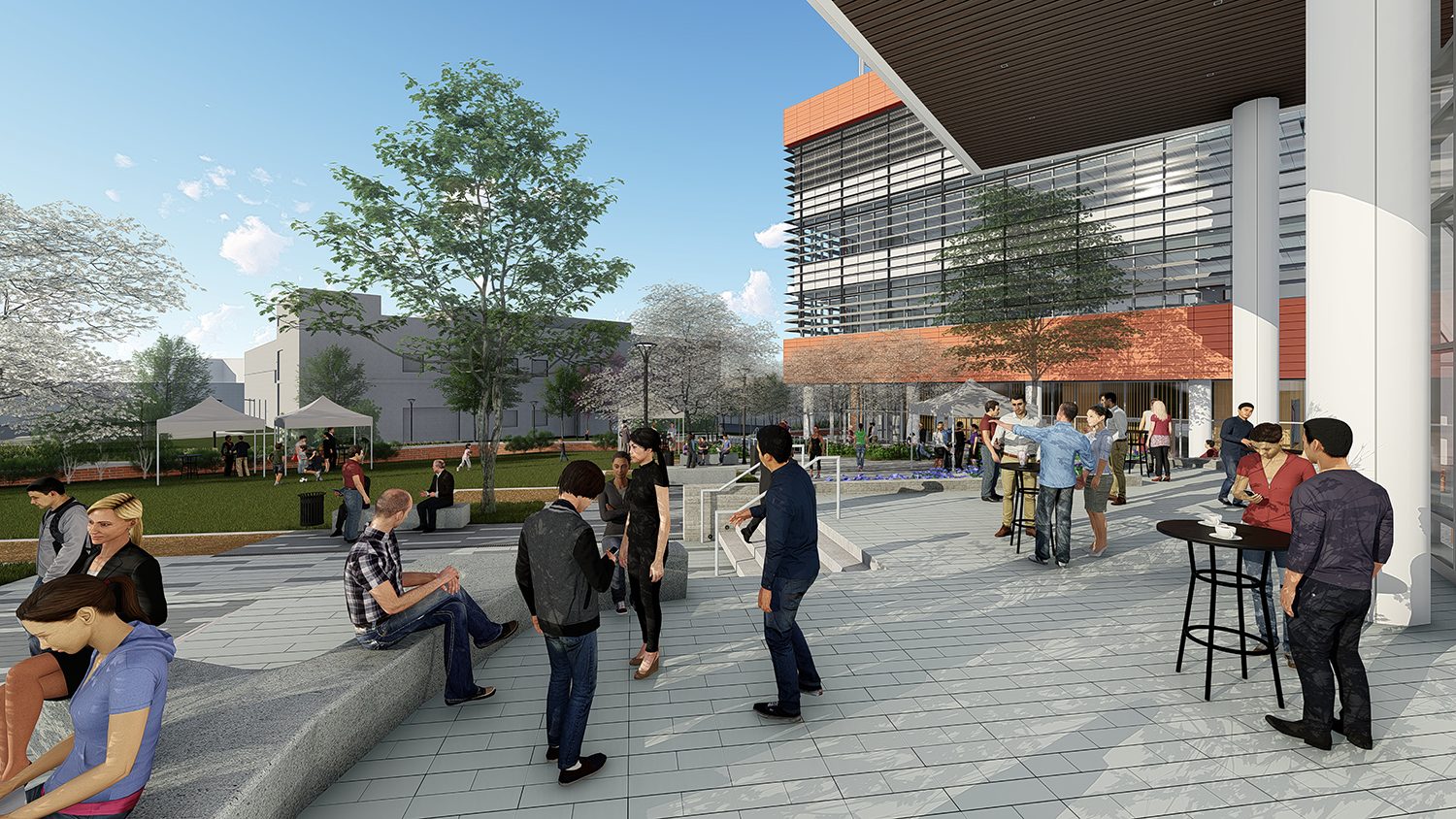 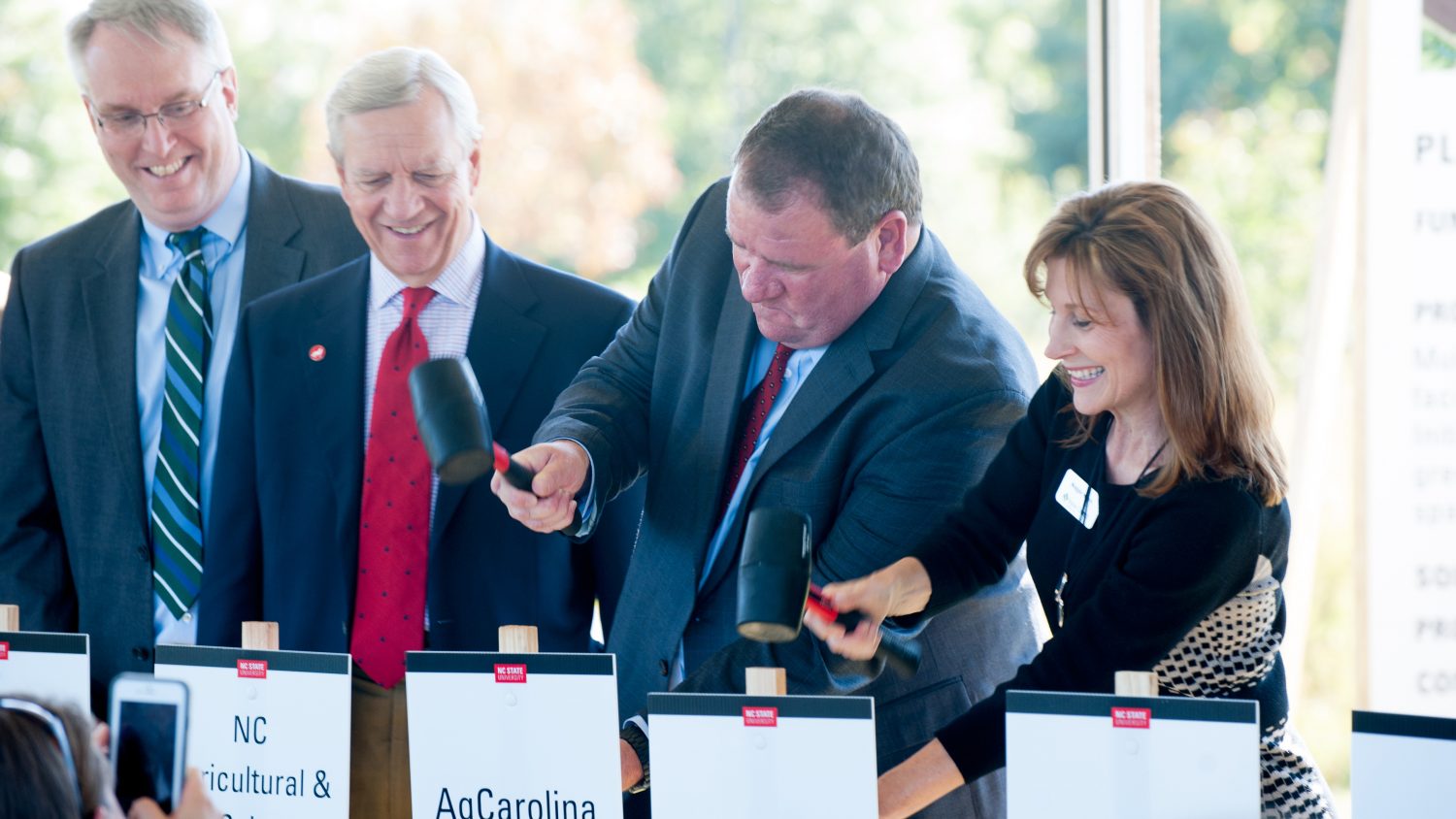 What People Are Saying

Excitement is building as NC State University ceremonially breaks ground on its Plant Sciences Building on Sept. 6. Here’s what leaders at NC State and in agriculture are saying.

Portable Tech Sniffs Out Plant Disease In The Field

NC State researchers have developed portable technology that allows farmers to identify plant diseases in the field. The handheld device, which is plugged into a smartphone, works by sampling the airborne volatile organic compounds. 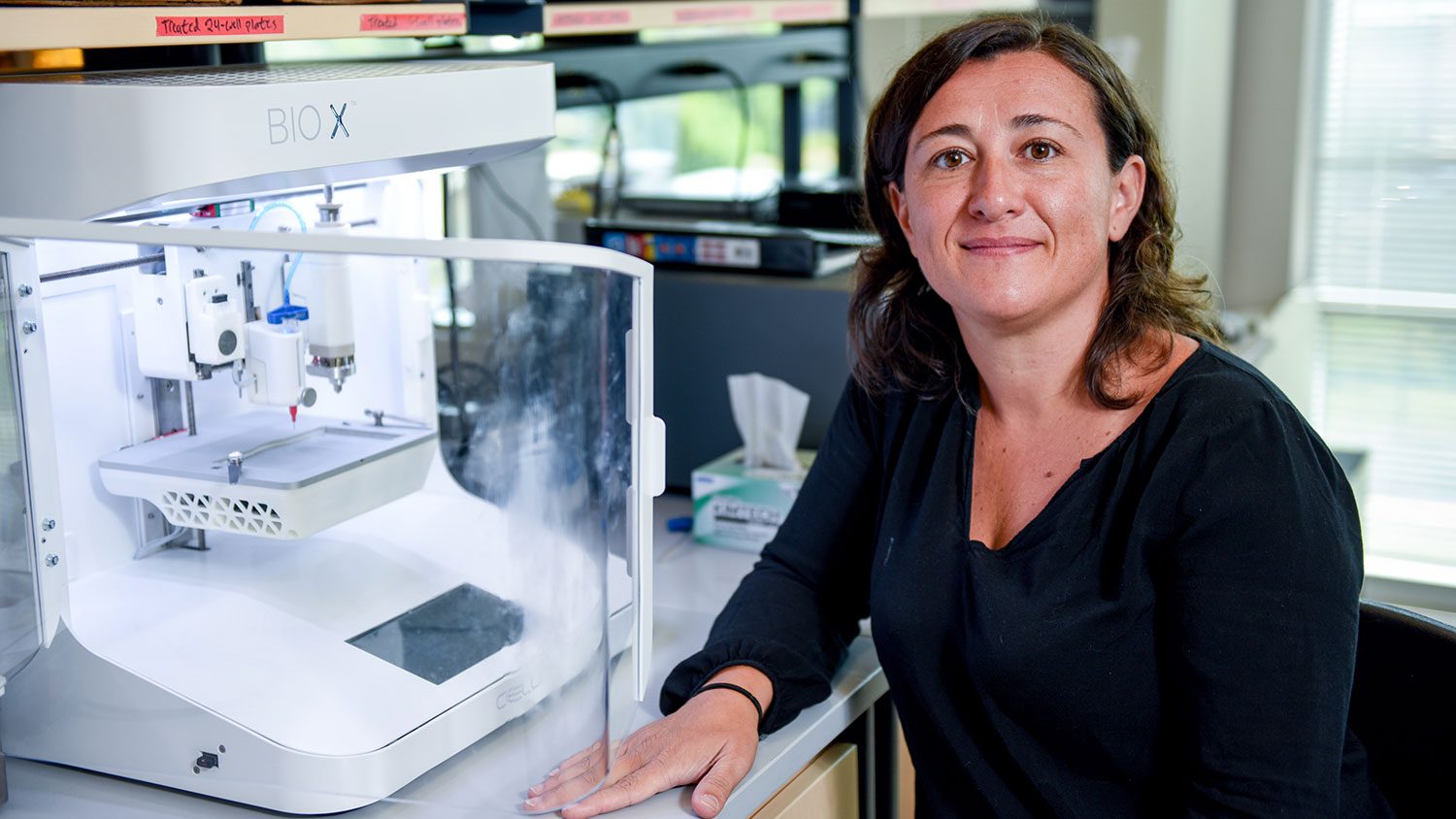 Could 3D-Printed Plants Unlock a Revolution?

Major agricultural innovation is needed to meet the world’s ever-increasing need for food, fuel and fiber. And Ross Sozzani has set her sights on an innovative way to get there: 3D-printed plants.

What is the Plant Sciences Initiative?

Our vision: To improve the world through plant science innovation

Our guiding principle: To achieve excellence in the research we conduct, in teaching and training future plant science leaders, and in the extension of knowledge and science-based practices that improve outcomes for all

What is the PSI formula for success?

We redefine team science. Ensuring a healthier, well-fed world is a complex, multifaceted challenge requiring inclusive diversity of thought, experience and expertise. Our bold approach brings the brightest minds in academia, government and industry together to solve food and agricultural problems.

We activate data and technology. We harness the power of data and technology in all aspects of teaching, research and application to help scientists, educators and farmers make real-time, data-driven decisions. We develop and invest in research and outreach infrastructure that is flexible, expandable and upgradeable to accept and incorporate new technologies.

We thrive through partnerships. Our Think and Do, business-friendly culture makes it easy for partners of all kinds to collaborate with us. We work side by side with leaders in the private, public and nonprofit sectors to propel cutting-edge research and scholarship that changes lives, creates jobs, improves outcomes for producers and brings discoveries to market.

We develop plant science leaders. PSI is committed to developing future plant sciences leaders equipped and ready to tackle stark challenges for food, agriculture, energy and the environment. We provide a unique training ground for a new breed of problem solvers. Our scholarship programs, internships and collaborative graduate fellowships pave the way for an agile future workforce.

Agriculture and agribusiness built North Carolina, and the NC PSI will keep it growing.

A Place for Creative Collisions

The N.C. Plant Sciences Initiative will soon have a new home on the Centennial Campus. NC State's Plant Sciences Building is designed to create the maximum potential for collaboration, multidisciplinary activities and innovation. Flad Architects designed the building, and DPR Construction is preparing the site. The building's scheduled to open in 2021.

VIDEO: 'This really takes us to a whole new level.' 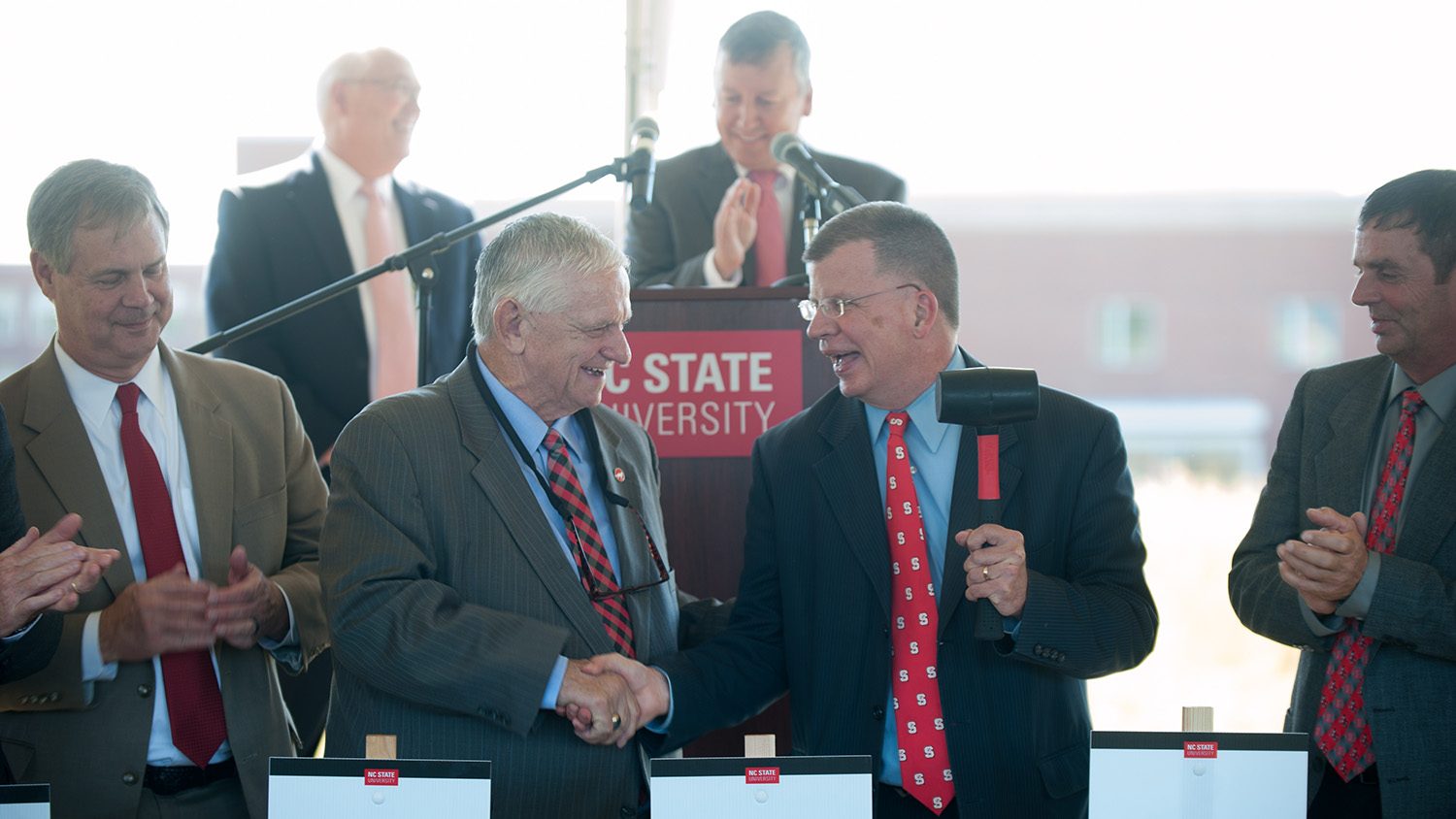 2013
The College of Agriculture and Life Sciences holds listening sessions, where partners expressed the need for stronger plant science research and innovation.

2014
The economic feasibility study states that North Carolina is primed to support a growing plant science industry: “North Carolina,” it says, “has a significant opportunity to be the global hub for advanced plant sciences research and for the application of that research to expanding agricultural productivity.”

March 2016
The people of North Carolina support the Connect NC Bond and in doing so dedicate $85 million to the NC State University Plant Sciences Building (PSB).
CALS begins convening thought leaders in the agricultural, life sciences, and biotechnology sectors to provide guidance and direction for the N.C. PSI through the creation of four task forces.

August 2016
CALS announces a $45 million grant from the Golden LEAF Foundation, building off their initial $3 million investment, to fund the PSB. It is the largest single investment ever made in CALS — and among the largest in the university’s history.

September 2016
Flad Architects is hired to design the PSB.

May 2017
The N.C. PSI Task Forces announce key recommendations.for developing an organizational model and strategy that will be responsive to the ultimate goals of the initiative.

August 2017
With funding from the North Carolina Farm Bureau, Stephen Briggs is hired as launch director.

October 2017
Agricultural commodity groups plant stakes in the ground of the PSB site as a pledge of their support.

Spring 2018
A Center of Excellence for Regulatory Science in Agriculture (CERSA) at NC State is proposed as part of the N.C. PSI.

December 2018
CALS hosts “Stewards of the Future: Communicating with Plants,” a two-day conference on deciphering and exploiting plants’ chemical signals through electronics. This conference gave the NC State community a unique opportunity to host an international forum on a rapidly growing new field at the intersection of multiple disciplines. The event built on the earlier success of Engineering and Agriculture and Life Sciences faculty members who’d met at an N.C. PSI mashup. They went on to develop sensors to detect plant problems in realtime. Students involved in the partnership would go on to win an international award for their work.

January 2019
NC State’s Office of Research and Innovation holds town hall meetings to share details of a Game-Changing Research Incentive Program for the Plant Sciences Initiative, otherwise known as GRIP4PSI. The program, involving 6 of NC State’s colleges, will provide up to $650,000 over 3.5 years to up to three multidisciplinary project teams.

What's Next
Sept. 6, 2019
Official groundbreaking ceremony for the PSB

December 2019
Winners of the GRIP4PSI to be announced 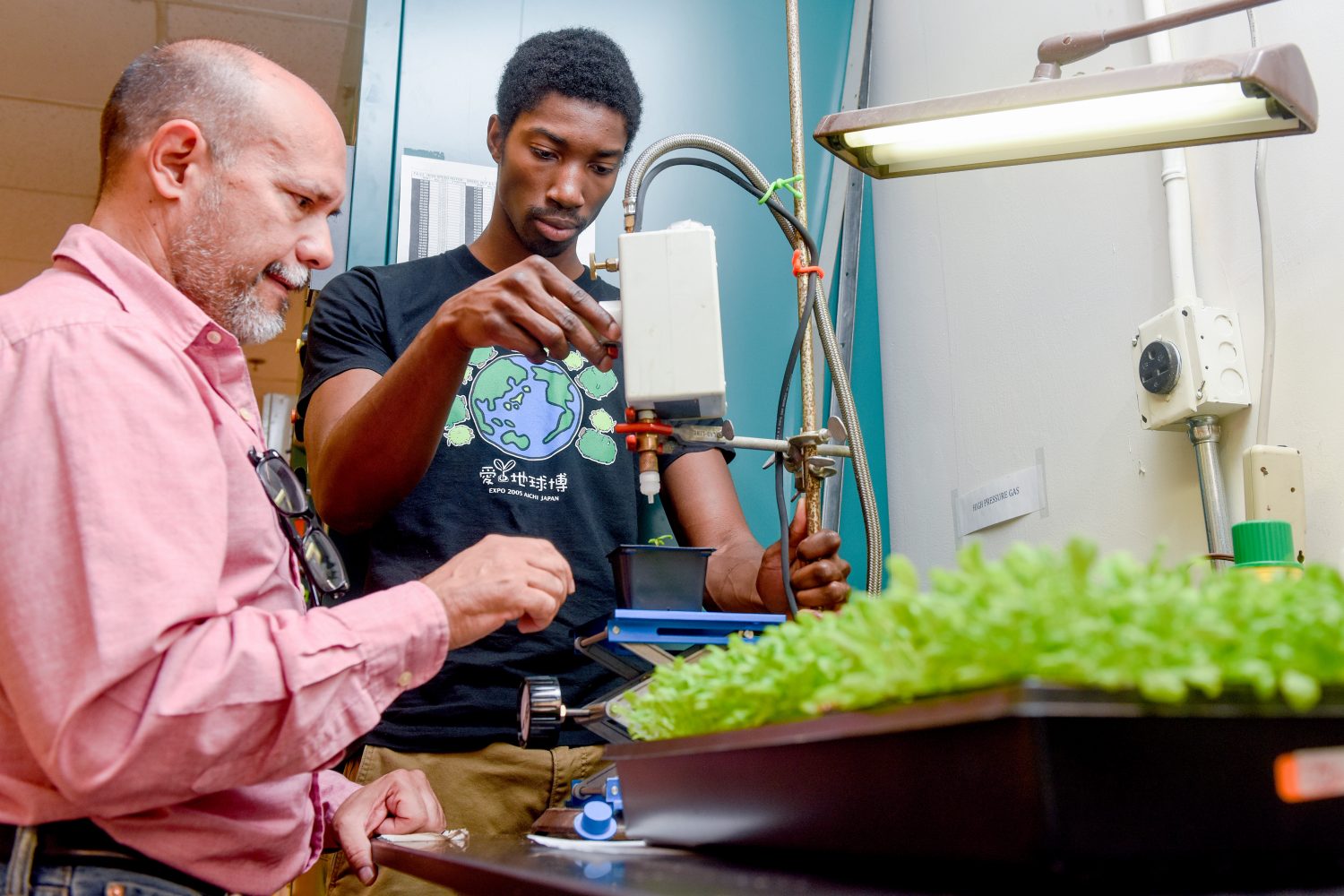 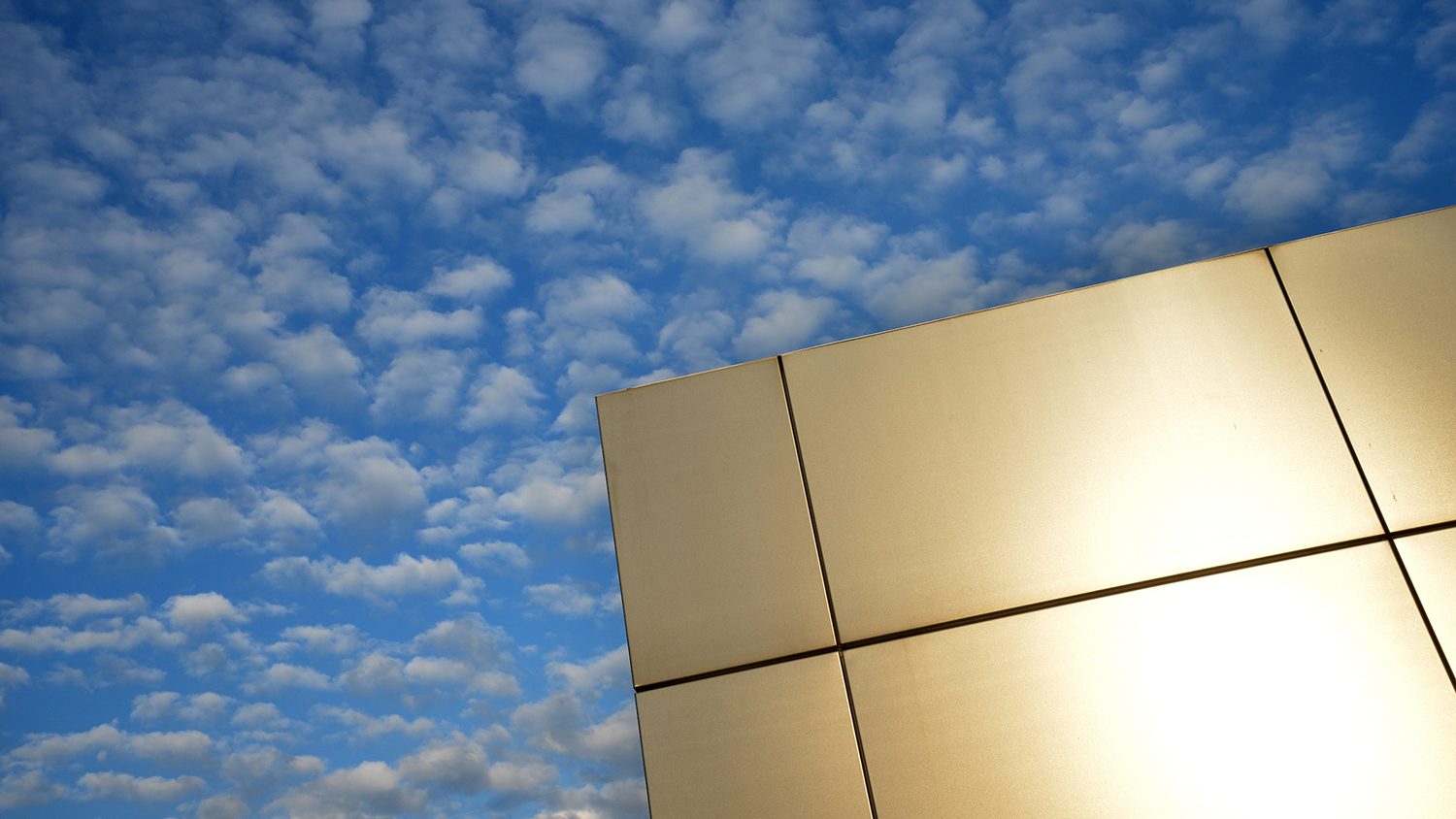 Photos for Print and Online 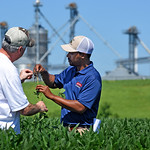 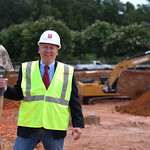 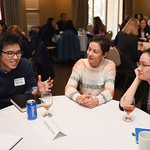 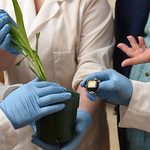 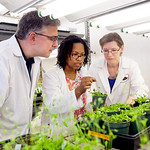 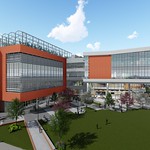 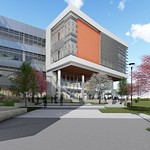 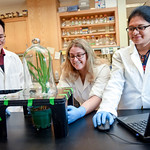 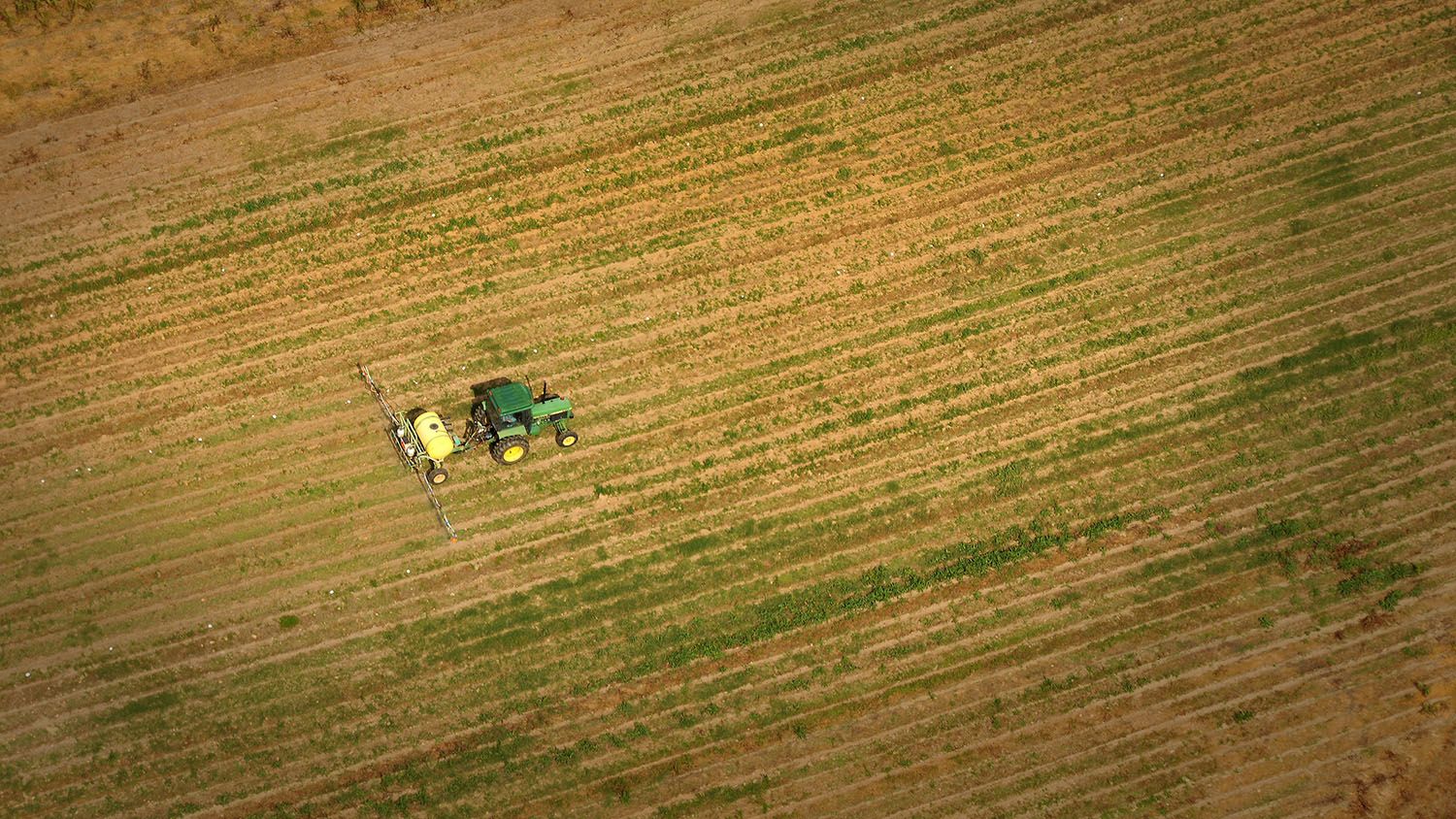 Fertilizer of the Future

An interdisciplinary team led by Katharina Stapelmann is setting out on an ambitious three-year project to completely rethink how nitrogen-based fertilizers are produced and used. From on-farm fertilizer production to on-demand, precision irrigation, their project aims to cut energy use, protect the water supply and increase yields. 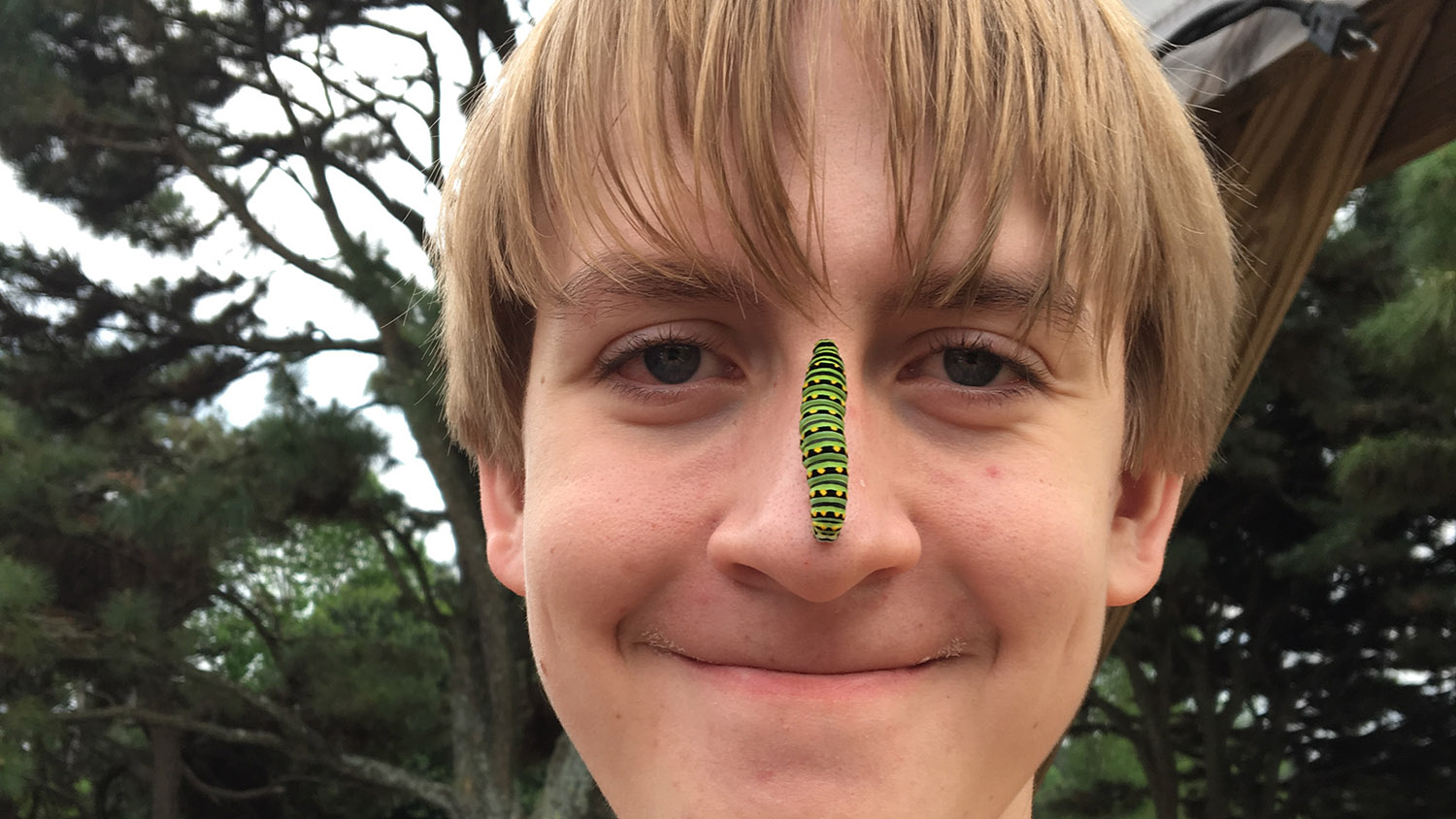 Without going far, kids can explore and learn from familiar environments. Liz Driscoll, an NC State Extension 4-H specialist, suggests five easy outdoor activities to try when your kids are feeling cooped up. 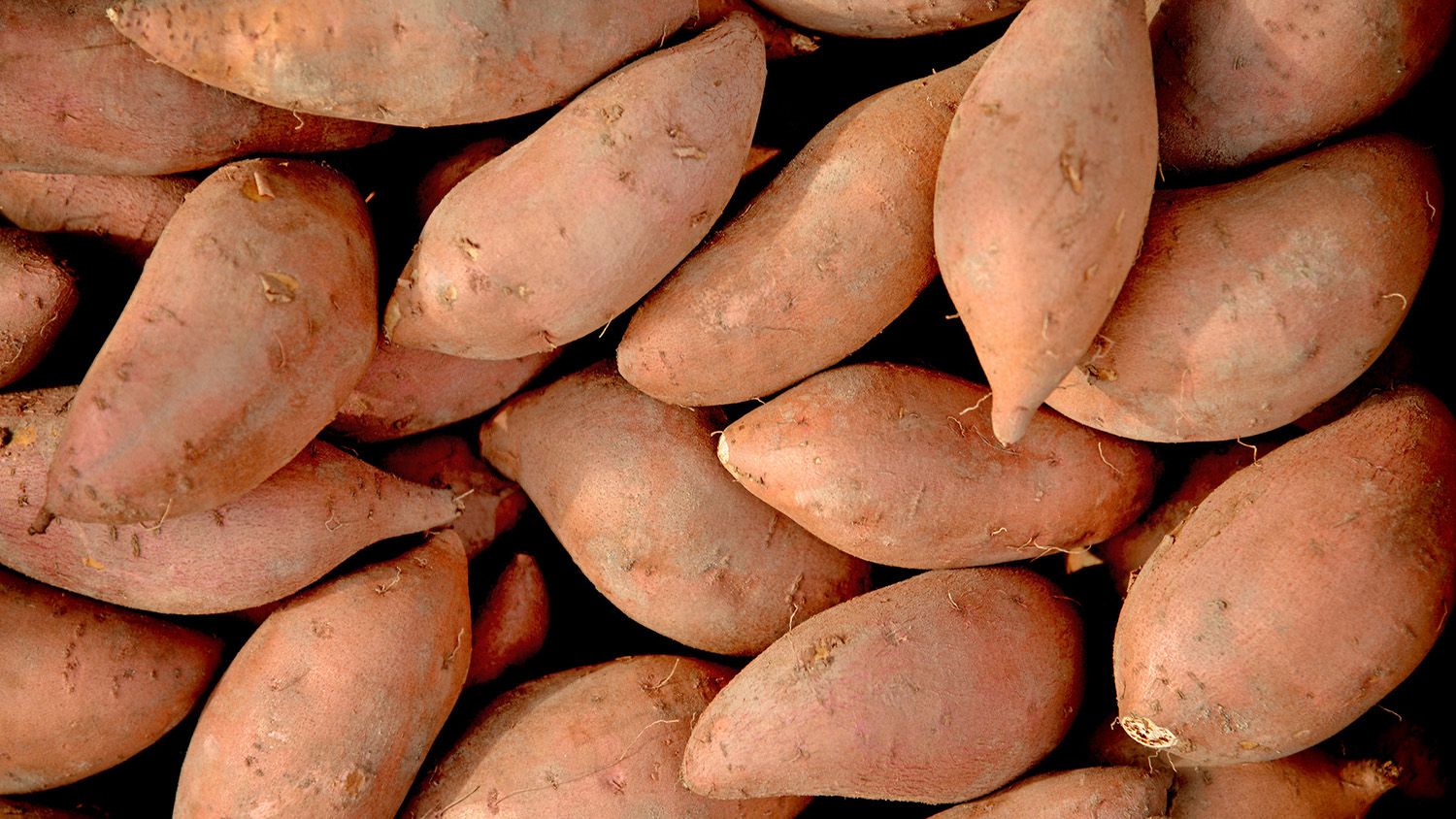 Four NC State research teams have been selected as recipients of the next phase of the Game-Changing Research Incentive Program (GRIP). The program was initially created in 2016 as a three-year seed-funding initiative to stimulate interdisciplinary and collaborative research.