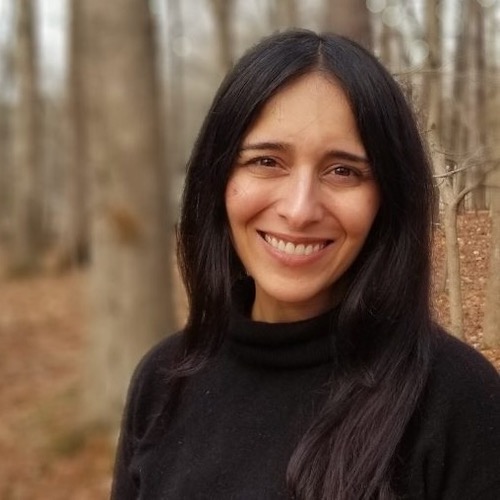 I am Arab-American scholar of Christian thought. What am I doing in an ecology lab? One of theology’s grounding convictions, that humans do not exist without God, is sometimes forgotten—but the idea that humans do not exist without microbes, has scarcely been thought, at least scarcely thought by theologians. And this to our detriment. Theology and North American Christianity are not set up to engage our multi-species, symbiotic reality. What microbes blend together, theologians typically think apart. Doing religious studies alert to boundary-breeching microbial science does cause trouble for theology, and vice versa, but I’m convinced it’s only a good kind of trouble.

Working at the intersections of religion, microbiology, ecology and race, I investigate the historical entanglement of germ theories, Christian thought and coloniality to cultivate ecological wisdom, scientific engagement and activism in religious contexts. I ask questions like, what happens when a religious tradition that believes God became human is confronted with a science that says humans are an emerging amalgam of species? Is the Christian God microbial? What happens when theology’s rational human subject turns out to be colonized by tiny “irrational” animals? How might microbiome science reform Christian thought that often disrupts engagement of science. How did pre-pasteurian Christians think about yeast? How do scientists convey vital discovery to a religious tradition whose relationship to science is fraught? Could science and theology be symbiotic?