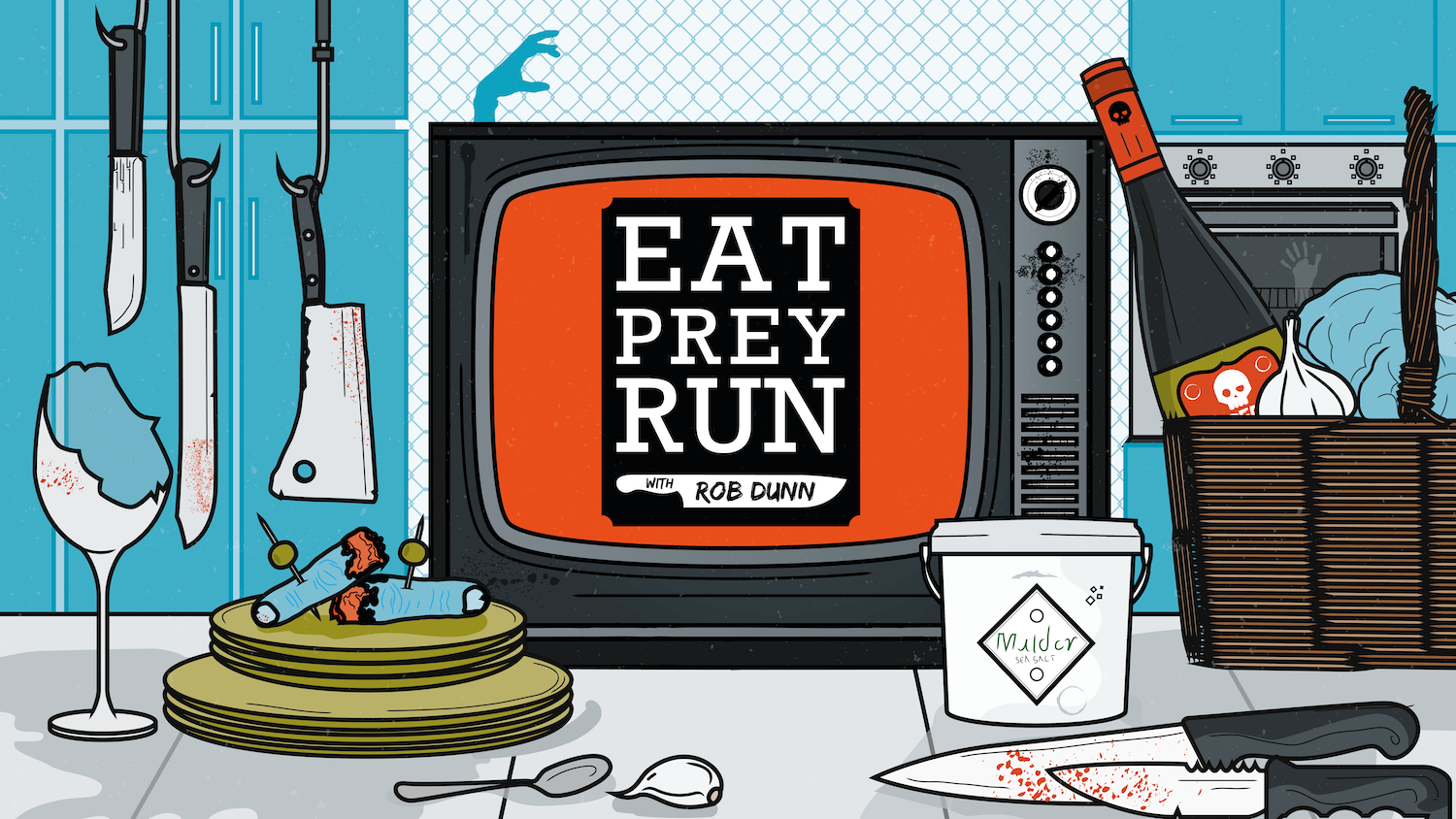 Join Rob Dunn, Rebecca Wragg Sykes, and food writer, food stylist and cookery teacher Anna Burges-Lumsden. Anna will walk listeners through a Neanderthal inspired meal. As she does, Wragg Sykes and Dunn will highlight additional details about what we do and don’t about how Neanderthals prepared and enjoyed their meals. Anna’s meals have been chosen so that they can be made at home, click on the hyperlinked titles to download the recipes:

– reindeer or caribou can be sourced from specialist meat suppliers

3) Lynford Gimlet – homemade nettle cordial or nettle presse mixed with sloe gin, topped up with soda and served in a highball glass

Wragg Sykes has recently published the acclaimed and award winning, best-selling book, Kindred  a definitive account of the lives of the Neanderthals based on the most up-to-date archaeological discoveries.  Dunn, who has, along with Monica Sanchez, just published a new book about the evolution of flavor and its role in human evolution, Delicious.

The College of Humanities and Social Sciences at NC State University, in partnership with Fermentology and Channel Zed’s Eat, Prey, Run is sponsoring this event and the Neanderthal’s Cookbook on April 15th.