As North Carolina’s economy wraps up a strong year, NC State University economist Mike Walden points out two factors that could have a major impact in 2019: interest rates and the nation’s trade war with China. 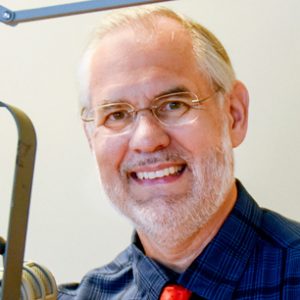 “North Carolina did very well in 2018. We added, for example, about 100,000 net new jobs. That’s one of the highest job-growth rates we’ve ever had,” Walden said. “We also actually saw some positive movement in terms of what I call the two big divides: the occupational divide and the urban-rural divide.”

“There’s also been a turnaround in the urban-rural divide – the fact that most of North Carolina’s recent economic and job growth has been concentrated in the state’s large metropolitan regions,” said Walden, a William Neal Reynolds Professor and NC State Extension economist in the Department of Agricultural and Resource Economics. “In 2018, rural areas actually saw the fastest job growth rate of any of the other geographical zones.”

Walden expects 2019 to be another good year for North Carolina’s economy but cautions that growth could slow if interest rates continue to rise and the trade war with China isn’t settled.

If our economy continues to grow through June, this will be the longest period of sustained growth in our nation’s history.

“Raising interest rates tends to slow growth, and this trade war with China is having a big impact on North Carolina farmers,” he said. “Also, some economists say, ‘Hey, it’s just time for a pullback in the economy.’ We’ve actually been growing for almost 10 years, and if our economy continues to grow through June, this will be the longest period of sustained growth in our nation’s history.”

NC State Economist: The Economics of the Emerging PFAS Problem

Iain Burnett and Assistant Professor Eric Edwards discuss the societal benefits and costs of PFAS, and consider the future of their use and mitigation.