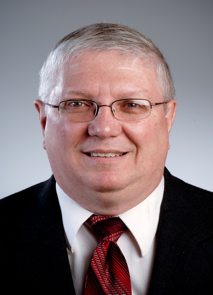 Dr. Flowers grew up on a farm in western Tennessee, near Kentucky Lake. The farming operation consisted of beef cattle, horses, and hay production. He was active in FFA in high school, where he served as a chapter FFA officer for four years and competed in numerous district and regional contests. He graduated summa cum laude from the University of Tennessee at Martin with a degree in Agricultural Education, where he was a founding member of the Alpha Zeta chapter. He was married to the former Peggy Tyree, also a UTM student, in 1971. After graduating from UTM in 1973, he and Peggy, moved to Portland, Tennessee where he began his career as an agriculture teacher. He earned his master’s degree from Western Kentucky University while he was teaching agriculture at Portland High School.

After ten years as a high school agriculture teacher, he moved to Champaign, IL, to enroll in the University of Illinois, where he earned his Ph.D. In 1986 he accepted a position at North Carolina State University as an assistant professor of Agricultural Education. In July, 2001, he was promoted to the rank of full professor and was appointed as department head in October of that same year. In addition to his teaching responsibilities at NC State University, he has served as both the undergraduate coordinator and the director of graduate programs for the Department of Agricultural and Extension Education, and the Academic Programs Team Leader for the department. He has served on various university, college, and departmental committees, including serving two terms as Chair of the University level Undergraduate Admissions Committee.

Dr. Flowers and his wife, Peggy, have three children and seven grandchildren.